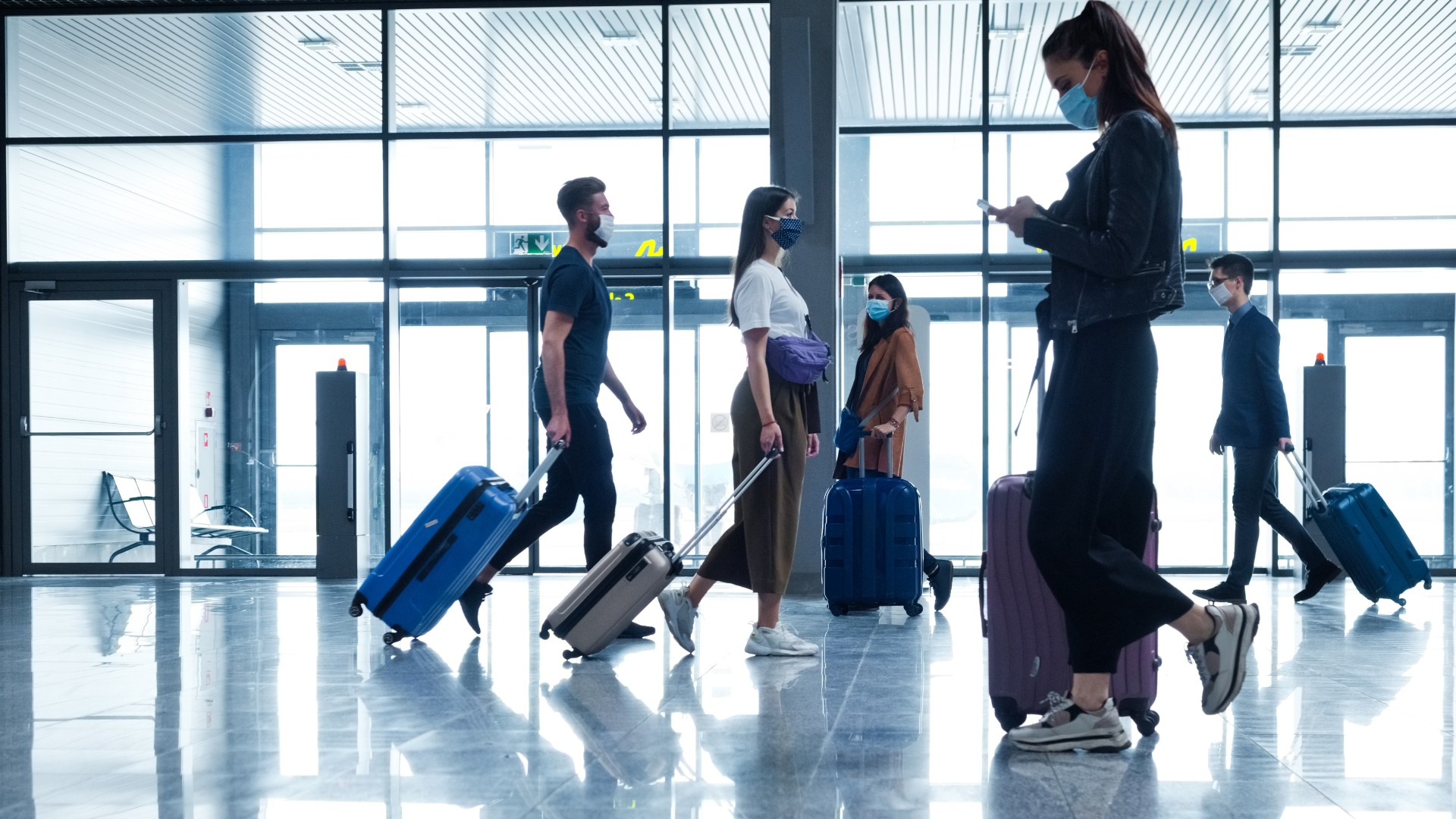 Government bailouts helped airlines make it through the worst period in aviation history, but the aid has been controversial. We spoke to leading aviation consultant Richard Brown of Naveo to discuss some of the arguments for and against the bailouts.

Everyone seems to have an opinion about the government handouts given to airlines as they struggled to survive the worst year in aviation history. While some say the bailouts were a necessary step that staved off bankruptcies and saved thousands of jobs, others argue that they primarily served to enrich executives and keep poor performers on artificial life support.

To explore this in greater detail, the Satair Knowledge Hub reached out to Richard Brown, the managing director of Naveo Consultancy. Brown has more than two decades of experience within aerospace and is a recognised expert who speaks and writes extensively on manufacturing and maintenance strategy.

RELATED ARTICLE:
How bailouts saved airlines, jobs and the aftermarket

Satair Knowledge Hub: Thanks for speaking with us, Richard. What would things look like now if the airlines had not been bailed out?

Richard Brown: If airlines had not been bailed out, many of them would have failed. That would have resulted in the loss of thousands of jobs. Furthermore, it would have jeopardized even more skilled jobs in the aviation supply chain, such as in aerospace manufacturing, maintenance, airports, regulation, etc.

We are all fully aware that COVID-19 travel restrictions severely impacted aviation. Many airlines that received government support were financially strong and viable before COVID, although not all were. Financially supporting airlines, either directly or through furlough support programmes, was the right thing to do since they could restart and be viable once the restrictions were lifted. The government support provided a bridge that allowed the employees and their skills to be retained until they could safely restart operations. Without that support, we would have surely seen numerous airline failures. Airlines would not have been able to ramp up traffic so quickly when travel restrictions were lifted either, which would have stalled economic recovery.

In a global, connected world, airline service is vital for economic growth. Airlines and air cargo carriers are critical enablers of economic growth, facilitating commerce, trade, tourism, visiting friends and relatives, etc. In addition, air travel is, in some cases, the only viable transportation method for remote communities.

SKH: The bailouts kept many airlines from going bankrupt, but some argue that individual airline bankruptcies could have benefitted the industry as a whole. What's your take?

RB: 2018 was a good year for the airline industry. But even then, some airlines still didn’t make money. If an airline was unprofitable in 2018, that raises serious questions over its business model and cost structure, and raises questions about its long-term viability. Some of the airlines that were losing money before COVID benefited from government bailouts in COVID times. Is that fair to airlines that had a stronger business model? It might be perceived as throwing good money after bad and merely prolonging the inevitable restructuring. From a purely economic standpoint, it might be better to have allowed those carriers to fail, but politics always plays a role.

RELATED ARTICLE:
Should airlines have been allowed to fail?

SKH: Low-cost carriers have argued that the bailouts gave flag carriers and legacy airlines an unfair advantage (Ryanair even contends that they are in breach of EU state aid rules). Do they have a point?

RB: Bailouts varied by region/country. It’s not as simple as saying that one airline benefitted more than another. It was more about where the airline was domiciled and how generous the government was. For instance, North American airlines (led by the USA) received around 40% of the estimated global airline bailouts. This money went to a variety of airlines (majors, regional carriers, low-cost carriers etc). On the other hand, the UK government wasn't as generous as France or Germany.  In some countries, the funds were given as loans and in others used for recapitalization.

So I don't think it’s as simple as claiming that Lufthansa benefitted more than Ryanair. Perhaps it's fairer to say that the German government was more generous than the Irish government in their levels of support. Ryanair was, perhaps, alluding to the fact that government support was given to airlines that weren't as profitable (if at all) compared to Ryanair. But, that doesn't remove the need to support the airlines in particular countries.

It’s also important to consider the ownership structure of airlines. North American airlines are roughly 99% privately owned. Therefore, they received a large amount of government support. In contrast, around 92% of the airlines in the Middle East are government majority-owned and receive regular funding from the government in one way or another. In Europe, some 60% of airlines are privately held, another 30% have minority government ownership, and around 10% are government-owned.

The bailouts (and the criticism of them) tended to focus on privately-held airlines. There's been less attention directed to airlines that are already government-owned. Many of these government-owned airlines have been loss-making for years, and there's little chance of them going bust so long as the government wants to keep pumping money into them.

SKH: How did the bailouts impact OEMs and the MRO and aftermarket sectors?

RB: Bailouts ensured that airlines could continue to provide service (even vastly reduced services) rather than ceasing flying due to a lack of cash. Moreover, as aircraft flying activity results in maintenance and overhaul requirements, it meant that the airlines that received bailouts (or gained their injections of capital via the markets) could keep some of their fleet flying and continue maintenance activity (albeit at a reduced rate). In the USA, for example, the CARES Act ensured that airline service continued to particular cities to maintain connectivity and transport links. So, bailouts benefitted OEMs, MROs and the wider aviation supply chain.

SKH: Many have criticized governments for not putting climate-related conditions on their bailouts. Why didn't the government aid have more green strings attached to them? Was this a missed opportunity?

RB: Some did! For instance, France and Austria imposed environmental conditions on their bailouts, such as reducing domestic flying if there’s a high-speed rail alternative

SKH: In your opinion, what are the best argument(s) in favour of the bailouts?

RB: Ultimately, a government is the lender of last resort. In an unprecedented situation like COVID, where people cannot travel, shouldn’t it be the responsibility of governments to support viable industries that were forced to shut down due to mandated restrictions? Hence, we saw governments support transportation, the arts, sports, etc. These are all viable businesses that employ thousands of skilled workers but were grounded due to restrictions and lockdowns.

SKH: Criticisms of the bailouts include that they don't stimulate the overall economy, they let airline execs "off the hook" for their own mistakes, and they won't help address the industry's underlying/pre-pandemic problems. What do you think about some of these criticisms?

RB: Airlines are in the media spotlight. They are easy targets for grievances (the environment, noise, executive stock options, etc.). Politically, they are useful to single out and blame. Look at the attention runway expansions get from communities, pressure groups and the media.  Yet, you don’t see as much attention or criticism aimed at the motor industry, the farming industry or a new road if it relieves congestion.

Criticisms of such industries or things people hold very dear to their hearts can cost you political votes and public support. Aviation is, therefore, a more visual target, one that most people only use once per year (if that) to fly on vacation. But, they use their car every day and eat beef. Both are more significant sources of greenhouse gases.

Criticism of aviation bailouts is voiced by the same groups that protest aviation growth. Aviation is trying to find a way to grow sustainably (through sustainable fuels, electric technology, hydrogen, etc.). But will the environmental lobby pivot to allowing sustainable expansion rather than wanting to stop it and reduce it?

SKH: Bottom line: should the airlines have been bailed out? Why or why not?

RB: Yes. It's the responsibility of governments to support jobs and vital industries if there is no other way to do this and the result is the failure of a business through no fault of its own.  If airlines could have raised money on their own, then there's a debate about getting it from the government, and some did seek to raise capital elsewhere.