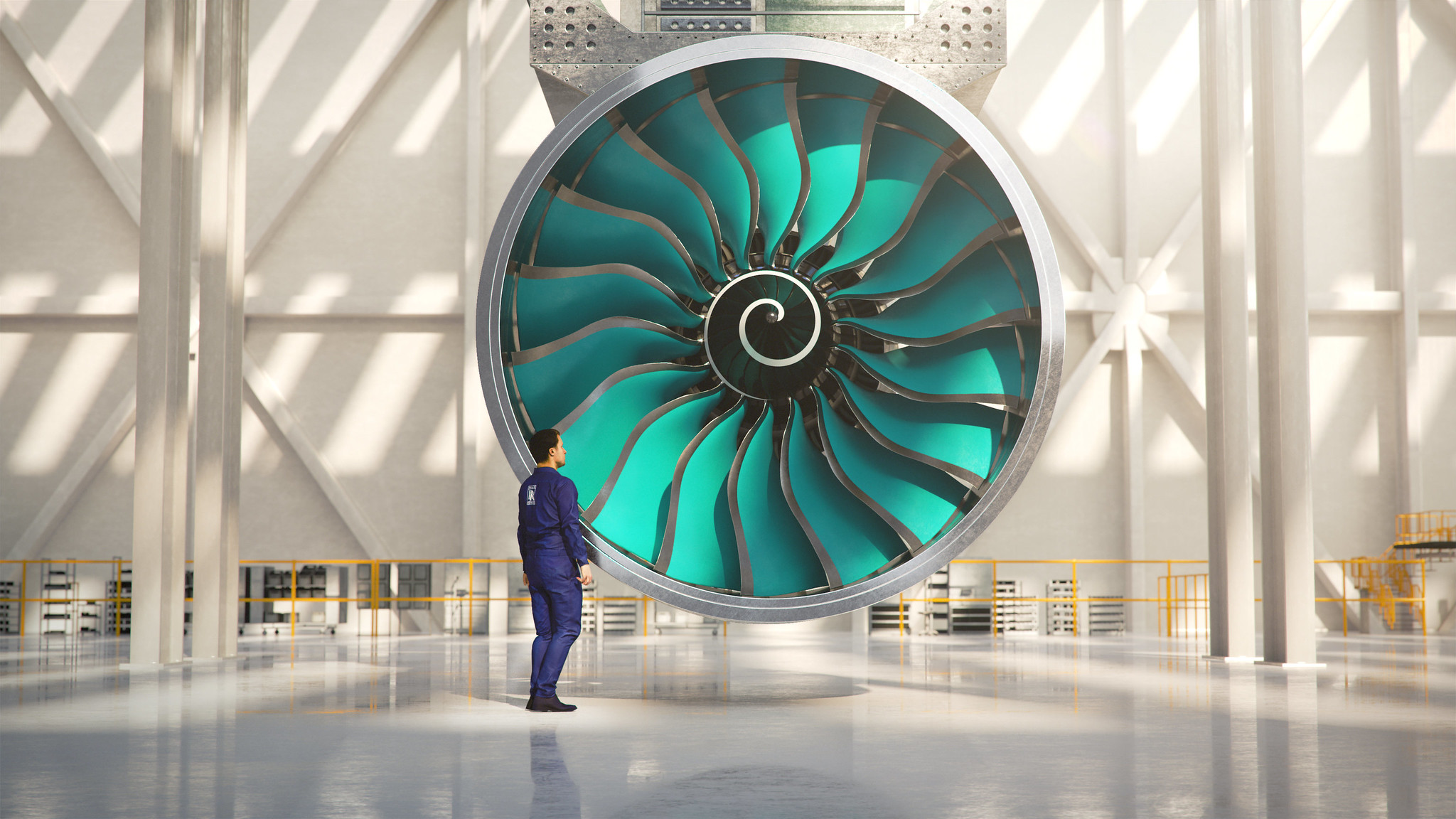 Are these the aircraft engines of the future?

The four leading engine manufacturers are taking different approaches, but all are working to develop new models that burn less fuel.

The race is on to develop the aircraft engine of the future. Driven by tightening emissions standards, an increased focus on the environmental impact of aviation and changing opinions about air travel, there is pressure on the aviation industry to decarbonize its operations. And with engines being the most important, and most expensive, aircraft part, engine developments are going to shape the industry’s green transition.

To get a sense of what the aircraft engine of the future might look like, we’ve taken a look at what the four biggest manufacturers have up their sleeves for both turbofan and turboprop engines.

CFM International, a joint venture between GE Aviation and Safran, is behind the best-selling aircraft engine of all time, the CFM56, and what has been described as “the dominant narrow-body engine of the future”, the LEAP.

While both of those engine families represent fuel efficiency and carbon emissions improvements over what came before them, their potential successor is being hyped as “the future of flight”.

In June 2021, CFM announced its new RISE (Revolutionary Innovation for Sustainable Engines) programme that the company says will produce the next-generation CFM engine by the mid-2030s. The programme aims to reduce fuel consumption and carbon emissions by more than 20 percent while also being 100 percent compatible with both Sustainable Aviation Fuel (SAF) and hydrogen.

In a video announcing the programme, Safran CEO Olivier Andriès promised that the venture would prove to be “a real game-changer [that will] write a new chapter in aviation technology.”

Central to the RISE program is a first of its kind open-fan architecture that Delphine Dijoud, the CFM RISE Program’s Executive Manager for Systems Engineering, said is “the most ambitious” part of the plan and “the one that will yield the greatest benefit.”

“This will help optimize engine operation across each segment of flight, providing further improvements in efficiency and emissions reductions,” Dijoud said.

Pratt & Whitney is a major engine provider to commercial airlines, regional carriers and militaries. On the commercial front, it is probably best known for the PW1000G, which powers the Airbus A220 and the A320neo family. There are six variants of the PW1000G, which are collectively also referred to as the GTF family because of their geared turbofan design. GTFs are installed on over 1,000 aircraft.

The company’s senior vice-president of engineering and technology, Geoff Hunt, said that Pratt & Whitney has invested $10 billion into its geared turbofan technology.

"We have established what I think is a benchmark architecture that provides the flexibility to adjust as the industry looks towards climate change alignment," Hunt told Flight Global.

The fans of GTF engines spin much slower than the compressor and turbine, which gives them a 12:1 bypass ratio, the highest in the industry. According to the company, the geared turbofan design results in “double-digit reductions in fuel efficiency, noise and emissions”. Pratt & Whitney says that its engines become roughly one percent more fuel efficient every year.

Speaking at parent company Raytheon’s 2021 investor day event, Pratt & Whitney President Christopher Calio said he views the GTF’s design as “the architecture of the future” and that work was underway to increase the bypass ratio even further.

In addition to its commercial turbofans, Pratt & Whitney is also a major provider of turboprop engines for the regional market. It is currently working on a hybrid-electric turboprop demonstrator plan with De Havilland Aircraft of Canada. Based on the Dash 8-100, the joint venture is expected to begin flight tests in 2024.

Pratt & Whitney has stated that the regional market is likely to “one of the first segments to benefit from new, lower-carbon technologies like all-electric, hybrid-electric and hydrogen-powered propulsion” but believes that advancements made on regional turboprops will ultimately “go on to benefit larger-scale aircraft as well”.

In addition to the popular CFM56 and LEAP engines that it produces via its CFM partnership with Safran, GE Aviation also provides a number of other turbofan engines to commercial airlines.

Its GE90 is perhaps best known for introducing the composite fan blade (it would also later become the first engine to incorporate an FAA-approved 3-D printed part). The blade’s curved design was even shown at New York’s Museum of Modern Art as a “perfect example of cutting-edge engineering, design and beauty.” At the time of its entry into service in 1995, the GE90 was the world’s largest jet engine. The GE90 powers the Boeing 777 family and surpassed 100 million flight hours in 2020.

The same technology behind the GE90 was applied to the GEnx, which the company said “redefined what was possible with groundbreaking technologies that took propulsion and fuel efficiency to the next level”. The GEnx is up to 15 percent more fuel-efficient than its predecessor and has the best fuel efficiency in its thrust class. The company says that it is the fastest-selling high-thrust jet engine in its history. The GEnx powers the Boeing 787 and 747-8.

GE Aviation’s latest engine is the GE9X, which the company says is the most fuel-efficient engine it has ever produced. Developed for the Boeing 777X, the GE9X is ten percent more fuel efficient than the GE90 and produces fewer NOx emissions than any other GE engine.

Despite making its first run 50 years ago, GE Aviation’s CF6 engine is still powering a number of commercial aircraft models, including the Airbus A330 and the Boeing 747 and 767. The five variants of the CF6 have operated 115 million flight cycles.

In addition to the RISE programme, GE is working on what it calls MESTANG (More Electric Systems and Technologies for Aircraft in the Next Generation) technology to create more electric power systems. Other plans include the development of lighter-weight materials and advanced cooling methods that will further increase the efficiency of its current and future engines.

The UK manufacturer announced earlier this year that it had begun building the world’s largest jet engine, the UltraFan, which the company says “will help redefine sustainable air travel for decades to come”. The UltraFan demonstrator engine currently being assembled has a fan diameter of 140 inches (3.5 metres), the largest in the industry. The UltraFan’s power gearbox also made history by reaching 87,000 horsepower or 64 megawatts, an aerospace industry record. The demonstrator is scheduled for completion by the end of 2021.

“Our first engine demonstrator, UF001, is now coming together and I’m really looking forward to seeing it built and ready for test,” Chris Cholerton, President for Civil Aerospace at Rolls-Royce, said. “It is arriving at a time when the world is seeking ever more sustainable ways to travel in a post-COVID 19 world, and it makes me and all our team very proud to know we are part of the solution.”

A new family of UltraFans engines is expected to enter service around 2030 and the company says its new offering will help usher in a transition to Sustainable Aviation Fuel (SAF). The first test run of the UltraFan will be conducted on 100 percent SAF. Current standards allow aircraft engines to use up to a 50-50 blend of conventional jet fuel and SAF, but airlines are using less than one percent SAF in their operations.

The UltraFan will be 25 percent more fuel-efficient than first-generation Trent engines and the manufacturer said that its eventual scalable line of variants will be available for both narrowbody and widebody aircraft.