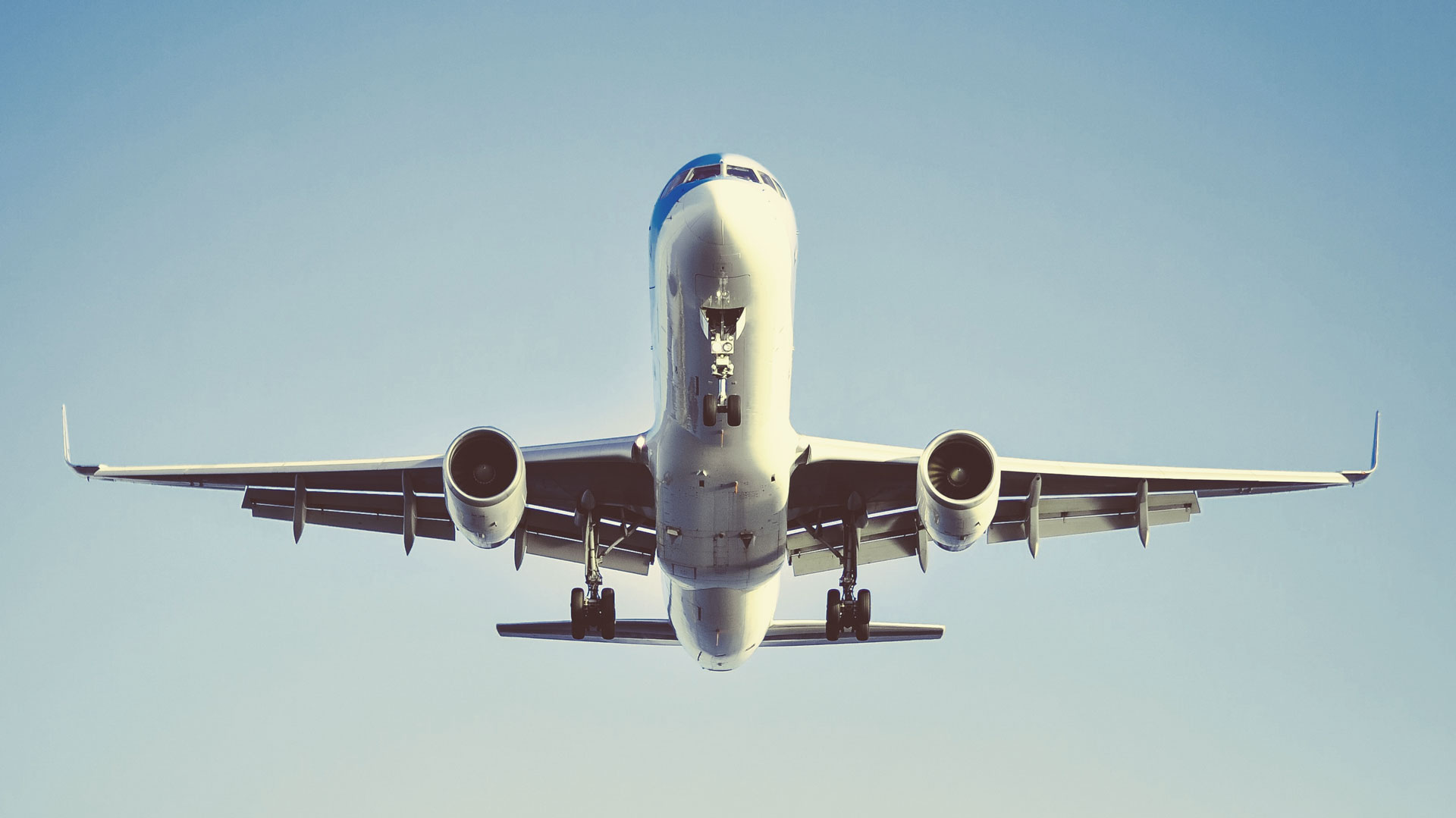 2019 was rounded off with the two big airframe manufacturers, Boeing and Airbus, releasing their aviation industry outlooks and forecasts for the coming decades. What do they tell us about 2020 and beyond?

For this article, we’ve taken a look through Airbus’ Global Market Forecast (GMF) and Boeing's 91-page Commercial Market Outlook (CMO) to find the key takeaways going into 2020. Read along to gain insight into how the aviation and airline industry outlook for 2020 looks like.

We will be taking a look at the air travel number over the last decade, and the projections for the next ten. We will look at the projected global air traffic forecast. We will dig into the numbers around fleet increase and passenger aircraft demand, and we will break down industry trends and projections by region.

Despite the recent storms brought on by increasing public concern with climate change and global CO2 levels, Airbus' GMF reports number that shows that industry stability is much more stable than in the decade preceding it.

World annual traffic has seen a 45% increase from 5.5 Tn RPKs (Revenue Passenger Kilometers) in 2010, to 8.8 Tn RPKs reported at the end of 2018. While the exact numbers are not in for 2019, 2018 saw a growth of 6.7% from the previous year. Only time will tell whether we see a small dip in 2019s growth percentage, due to geopolitical and macroeconomic factors.

Emerging markets, rapid urbanisation and further growth in world urban populations are bolstering air traffic demand, and are projected to maintain that growth into the new decade. According to Boeing’s CMO report, that during the last decade, emerging markets made up approximately 40% of new passenger traffic. The aviation industry forecast for 2020 and ahead predicts that this number to grow further in the years to come. 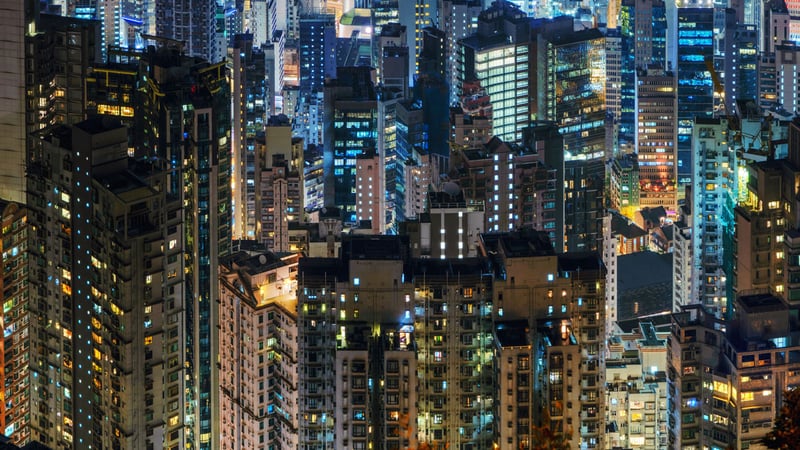 An overall increase in consumer spending and a shift to service-based economies in developing markets have lead to an increased growth in air travel, the airline industry outlook for 2020 concludes.

The aviation industry outlook for 2020 states that airport growth saw 176 new airports open between 2012 and 2018, with the majority of those in the Asia-Pacific region. This region is showing the most significant leads in investment, with 17 new airports and runways projected to be added by 2030.

Aviation Mega-cities (AMCs) also make up a substantial growth segment of the industry. Currently, there are 66 cities global which classify as an AMC, and account for over 60% of air traffic flowing in and out of them. The presence of these mega-city hubs can be clearly be felt by most airlines, as it is reported that over 90% of airlines provide some level of service at them.

According to a recent report by the World Tourism Organization, International tourism continues to outpace the global economy. Export earning generated by tourism are up 4% from 2018, growing to $1.7 Tn. 10% of GDP is represented by tourism in the regions of North America, Europe, Latin America and Africa. The Middle-East and Asia-Pacific see a 9% representation of their GDP coming from tourism. And CIS sees the lowest representational number with 5%.

Air traffic rises, but so do costs

Looking at the broader travel and consumer trends, the outlook for the airline industry is projected to remain healthy. As mentioned earlier, RPKs grew 6.7% between 2017 and 2018, but 2019 was projected by IATA to top off at 5.0% by the end of this year. This is due in part to global economic growth slowing down from 2018.

By the end of the year, a 7.4% increase in overall cost is expected to overshadow a 6.5% rise in revenues. This will pressure net-margins to 3.2%, down from 3.7% in 2018. A cascading development from this will be a decline in profit per passenger—$6.12 down from $6.85 during the previous year.

Despite this, we saw more than 57% of the world’s tourists travelled by air with an addition of over 1000 new routes to contribute to a flying network of over 55,000 routes worldwide, according to the aviation forecasts. Airbus predicts that over the next ten years, we will see a 4.6% overall increase in global air traffic. Emerging markets are predicted to grow 5.9% per year to top out at 41% of the market by 2038, while Asia-Pacific will dominate world traffic with a three-fold increase to occur during the next 20 years.

During the next 20 years, the global in-service fleet is predicted to more than double. The numbers reported by Airbus’ and Boeing differ slightly, but the overall growth margin is substantial in both the aviation industry forecasts.

Boeing reports a global fleet totalling 50,660 in-service aircraft by 2038, with 44,040 of them being new aircraft. 56% of the projected deliveries will be for airline growth, the other 44% for replacement.

Across the board, smaller frame aircraft, with ranges up to 3,000nm, will see the most significant increases to the global fleet. In North America, they will make up around 82% of the fleet. In Europe and Africa, they will make up 77%. In Latin America and Russia, they make up a dominating 89% of fleets. Asia-Pacific at 78%, and trailing in the Middle East where they make up little over have the fleets at 51%.

While there is more excellent monetary stability throughout the European Union, it faces some challenges from political instability brought on by Brexit and a growth in trade protectionism.

Air traffic within the European market saw an increase of 5.7% between 2017 and 2018, but it fell to 3.6% for 2019. This could be due, in part, to socio-political factors, such as an increased consumer focus on global CO2 contributions.

Growth with the European market over the next 20 years will result in acquisitions of nearly 9,000 new aircraft, with around 80% of those being single aisle.

The NA market is projected to maintain a more steady level of growth in GDP during the next 20 years, averaging around 1.9% per annum.

Service growth was at 2.8%, with a market value of $1.86 Tn, with the most significant growth rates in the marketing, planning & customer service segment. Ground, station and cargo operation continue to hold the majority of the service market value at $880 Bn.

Asia-Pacific will continue to be the market to watch as it is projected to see an average 4.1% per annum GDP growth leading to 2038.

Service growth was at 5.1%, with a total market value of $3.5 Tn, much of which was dictated by ground, station and cargo operations making up over 60% of its overall value.

Connecting economies will continue to be a dominant role for the Middle East region, as tourism remains inconsistent between various areas of development.

We saw fleet growth up by 5.1%, with nearly a 50/50 split between single-aisle and widebody aircraft. The region still maintains the highest widebody segment and is only predicted to decrease in fleet presence from 49% to 46% by 2038.

The services market saw a growth of 4.7%, for a total value of $790 Bn with a high demand for internal aircraft modification to their widebody segment to accommodate competition for premium passengers.

Trade pact and holiday tourism will continue to fuel the traffic growth in the Latin America region, as well as rising levels of income and an increase in the middle class.

Post-recession has seen a renewed growth to Russia and Central Asia region. The shift in Visa regulations is allowing passengers to more freely travel throughout the regions, which is contributing to the regions network growth.

Traffic within Russia and Central Asia will continue to see the most significant growth rates over the next 20 years, projected to nearly double in scale. Travel between Europe falls second, and the Middle East a long third.