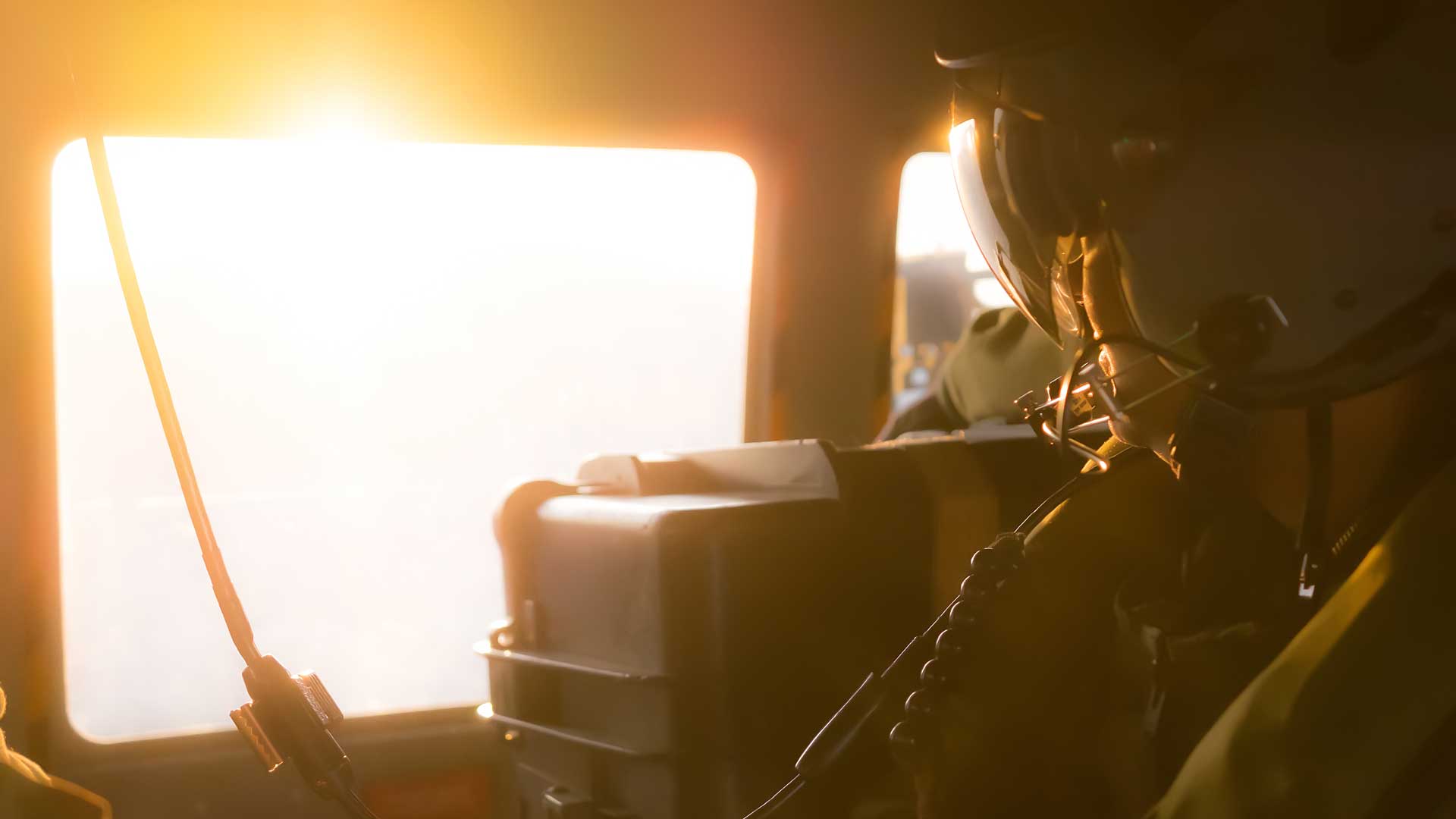 For decades, laser technology has been both an interest and a threat within the military sector.
From the 60s to the 90s, real advancement in the weaponization of laser technology eventually lead to an update of the Geneva Convention in 1995, which banned the use of blinding laser weapons internationally.

While that mandate is still in place, the increasing availability of military-grade lasers to the general public is raising real concern, and more and more accounts of military and governmental aircraft are reporting incidents of laser pointer strikes on pilots.

In this article, we look into why the military requires customer laser protection equipment and what the available options are for military agencies to invest in laser protection for their pilots and personnel.

Conducting operations during the dead of night, whether tactical missions or rescue operations, often involve the use of night vision equipment–either in the form of NVD (night vision devices) or NVG (night vision goggles). This, of course, is no different for the pilots operating military helicopters.

In a scenario where a pilot is using NVGs, even a Class 1 laser pointer can cause serious damage to a soldier or pilot’s eyes. If said pilot was using a second generation (Gen-2) grade NVG or higher (Gen-3), the light amplification is 20,000x that of natural light. So you can imagine the result if a pilot was hit by a 300mw Class 3B “dazzler” laser which was amplified over 20,000 times through NVGs. 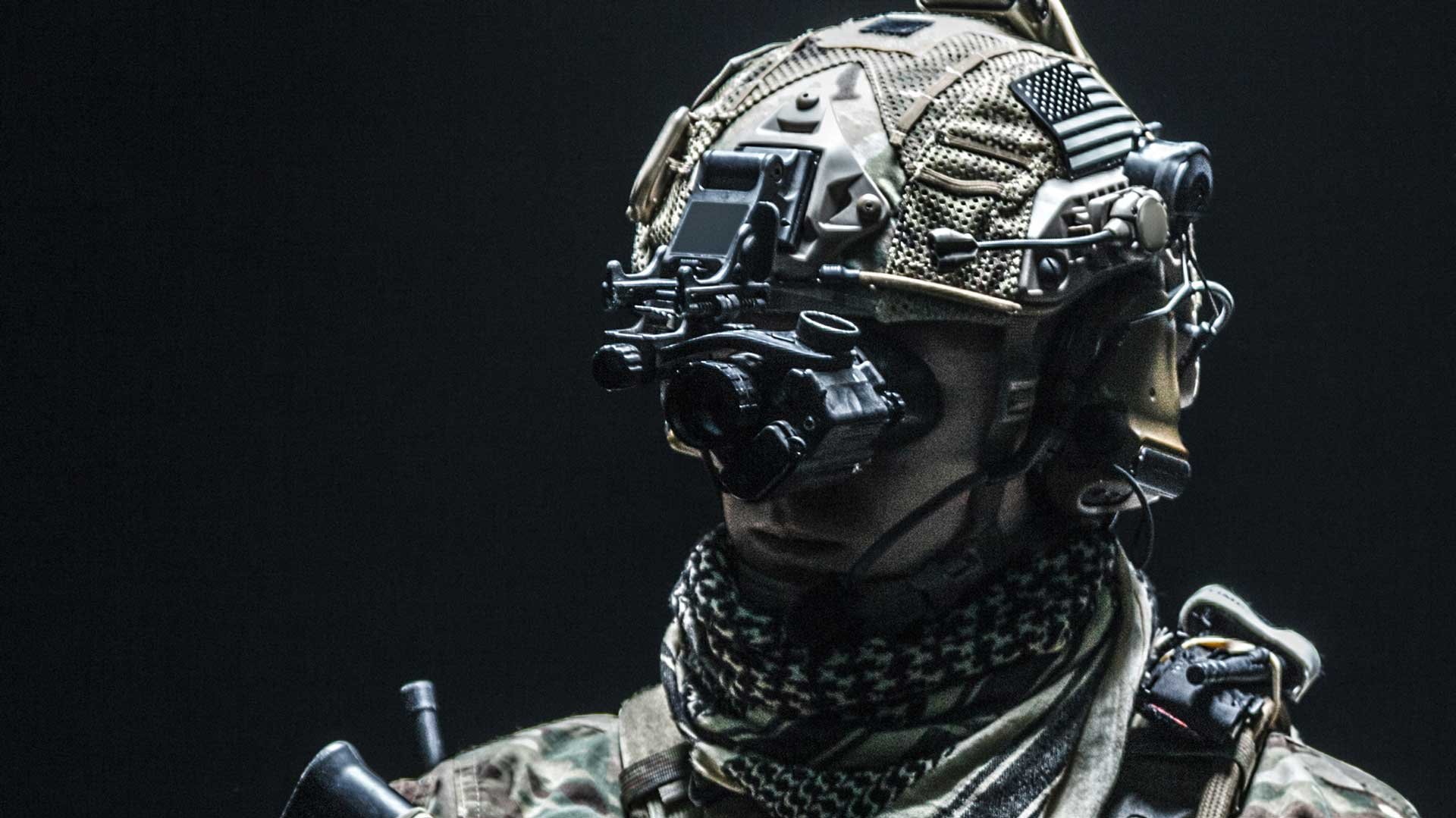 LEARN MORE ABOUT:
Laser attacks and the threat to military and government operations.

In regard to the integration of laser protection with NVGs, there a couple of different options. The most optimal being either MTI's upcoming MetaAir laser protection, which can be used seamlessly with NVGs or purchasing anti-laser filters. Bear in mind that the filters are only available on select brands and models of NVGs.

Next on the list of reasons that military personnel require special laser protection is the more recent widespread availability of "dazzler" lasers. This illustrates a change from the more commonly found commercial Class 1 and 2 lasers that are often marketed as a novelty. "Dazzlers" are a serious upgrade from commercial laser pointers, as they can be weapon mounted. Many manufacturers aim to hit the "sweet spot" of strength (usually in the Class 3 range) where the laser can cause temporary, but not permanent blindness–thus bypassing the regulations set down in UN's Protocol IV on Blinding Laser Weapons.

There is also the matter of individual countries adherence to Protocol IV. The availability of these lasers is a real concern when operating in hostile regions. The U.S, China and EU Countries have agreed to adhere to this mandate, but there is a growing increase in military laser attacks in East Africa and parts of the Middle East.

Getting on the right wavelength

Many of the technologies in laser glare protection (LGP) for aviation and military use focus specifically on mitigating the effect of 532nm green, while minimising the diminishment of other greens on the spectrum. This is crucial, as any colour tinting created by the laser protection could potentially affect a pilot’s ability to operate an aircraft properly.

What are the options?

Last year, the USAF invested $98 million into the development and manufacturing of laser protection. Going farther back, the Ministry of Defence invested in developing laser protection for U.K military and governmental personnel.

The more cost-effective approach would be to invest in the procurement of existing, reliable technology that has been developed specifically for military and aviation use. Recently, MTI has begun developing a proprietary nano-technology laser protection, which effectively protects against laser attacks coming from any angle, while still being compatible with the use of NVGs.

To learn more about how the science of laser protection works, and what factors you should be aware of,  when choosing between investment or procurement, read our article on Laser protection. The science, the tech, and what is right for you.