Manual data collection, handwritten logs, and uncertainty about maintenance history are costing aerospace companies a lot of money. As a result, the industry is continuously looking to improve the flow of information across complex supply chains with the help of new technology. One kind of technology in particular is gaining a lot of traction: Blockchain-powered smart contracts. When you think of blockchain, you’re probably thinking about things like cryptocurrencies, anonymity, and leaked secrets. For the aerospace industry, it has a more practical use:

“Blockchain allows for digitised transactions and assets in such a way that a network of participants can all agree on which transactions have taken place and what’s the state of a given asset,” said Chris Fabre, CEO of software provider Sky Republic, when speaking at trade conference MRO Europe in London in October.

From being a somewhat obscure phenomenon, blockchain technologies have now matured into various enterprise-grade software applicable across several industries, including MRO.

“Starting from next year, we will see the biggest growth of blockchain, because people have been doing pilots. We expect that by 2021-2022, the market will be mature enough to see where blockchain brings value and vendors will begin to sell solutions to the industry,” said Aurore Duhamel, Product Manager at SITA, provider of aerospace IT.

The Origin of the Block

Technologies with similar capabilities have also been known as ‘distributed ledger technologies’. In data flows powered by these technologies, information is grouped into ‘blocks’, and these blocks are chained together. Hence the name ‘blockchain’ has caught on. 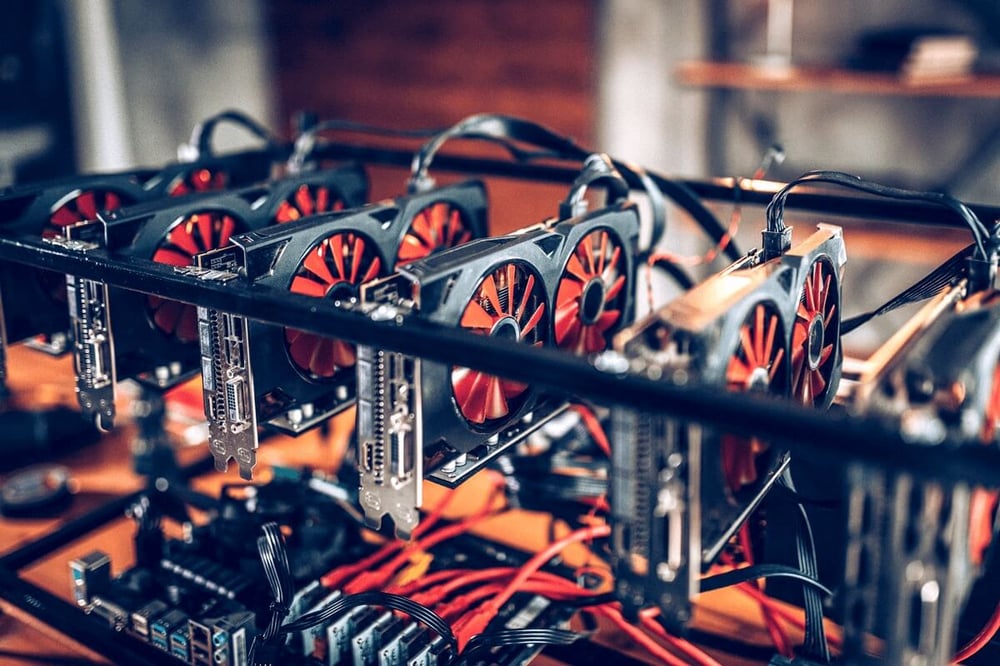 Imagine you were travelling around the world with a password. This password not only contains information about who you are, where you’re from, and where you’ve been; but also why you went and how long you stayed at each place.

It also contains information regarding whether you stayed at a given place longer than expected, when you were expected to return - and especially: who can confirm that all this information is correct.

That’s the basic idea of the so-called ‘digital thread’ that blockchain technologies attach to assets. Such threads are especially applicable to industries in which:

This applies, to a very great extent, to the aviation industry where equipment and parts, as well as maintenance and repair, need to be trackable, and this information needs to be shareable across a complex aftermarket supply chain.

From spaghetti plate to ‘digital consensus’

Global consultancy firm, PwC, has analysed the industry-specific challenges that make blockchain a valuable tool to the aerospace industry 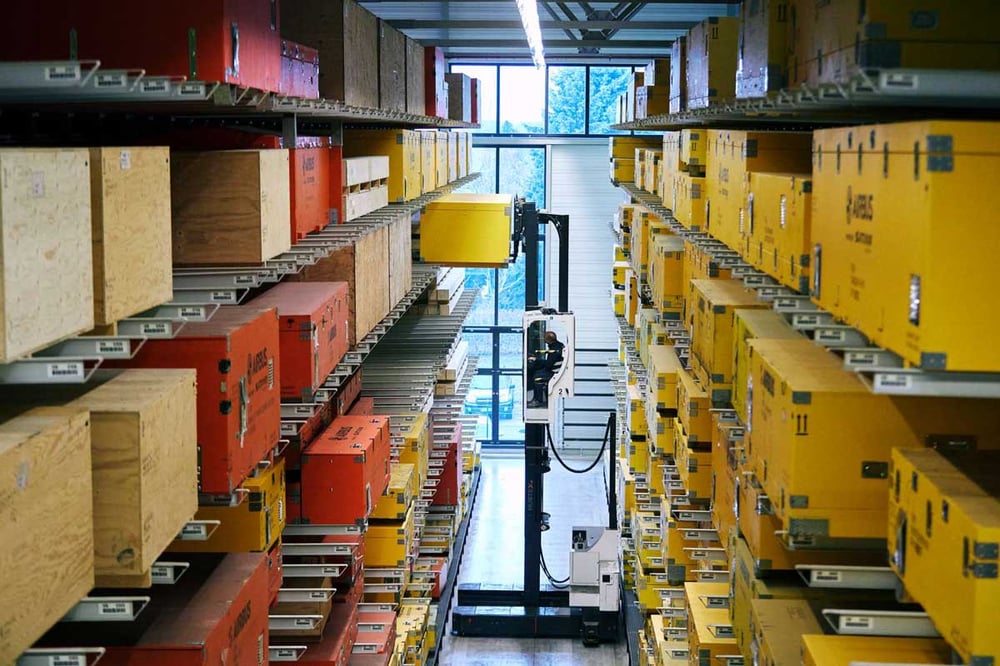 These factors combined usually means that there’s no readily available, current snapshot of an aircraft’s condition or history.

Even MRO providers who’ve managed to consolidate data internally in advanced systems, like Enterprise Resource Management software and Transport Management Systems, are still struggling when it comes to data that goes across the supply chain.

Point-to-point, or one-to-one, technologies are the traditional way of exchanging digital data, e.g. a document is emailed from A to B. Now imagine hundreds of thousands of these kind of one-to-one data exchanges related to just one order of a parts repair, for example, and it’s easy to get an idea of how information can get lost.

“It’s like a ‘spaghetti plate’ of information,” Fabre said. “If everybody communicates one-to-one, how do I know what happened in the process between those two points?”

One remedy to this problem is so-called ‘smart contracts’ that are based on enterprise blockchain. To Fabre, the core idea of smart contracts is to enable digital consensus:

“How do we agree on what’s happening in our ecosystem,” Fabre said. “If I have a part that’s sent to repair, how do I know when it’ll be back? Where’s the part’s documentation, airworthiness certificates and things like that. If there’s a dispute, how do you know who’s right?”

In their analysis, PwC found that efficiency gains enabled by blockchain could increase industry revenue by as much as 4%, or US$40bn while cutting MRO costs by about 5%, or US$3.5bn. The cost reductions would especially come from reductions in downtime and unplanned maintenance.

The efficiency gains enabled by technologies like smart contracts come from reduced paperwork and better partner integration. More specifically, enterprise blockchain ensures more transparency or end-to-end visibility. This again helps companies mitigate risk or manage disruptions, e.g. knowing beforehand if something's not going to be on time. More transparency also reduces friction between intermediaries, so that they can agree on how to comply, how to bill, and how to settle issues.

“With digital consensus, I can get real-time information about transactions - even those I’m not directly part of,” Fabre said. “A smart contract is a little animal that lives on the blockchain. It has all the data related to a given process you’re following.”

For example, in the complex life cycle of parts repair, no single actor in the supply chain knows the actual time of arrival. If a disruption happens, very often, no one can provide information about its consequences. However, by consolidating data from all actors, e.g. the repair shop and the logistics company, a smart contract contains an accurate estimate of arrival time that everyone involved in the process can look up at any given time.

Another example is the transfer of ownership of leased aircraft. Aurore Duhamel of SITA explained that often, the parties involved would hire “an army of consultants” to check that everything is in order when the transfer takes place. This process would be significantly simplified if all this information were already available in an up-to-date smart contract.

The smart contract can also contain information such as the accurate configuration of an aircraft, parts history, like previous ownership, the maintenance being performed, the location of parts; are they on the shelf or installed and operating?

Who owns a blockchain project and who sets the standards and rules of the project? Bringing together stakeholders to agree on these issues, has been identified by PwC as the biggest challenge in applying blockchain in enterprise. 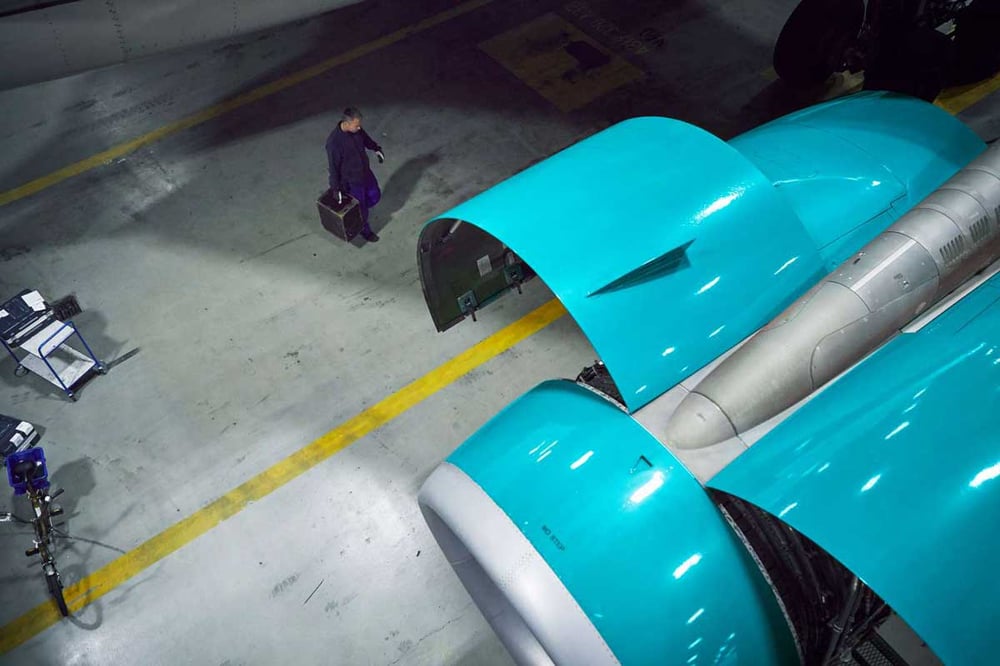 PwC recommends a consortium-based model, which is precisely the approach adopted by aerospace IT providers SITA, Sky Republic, Safran Group, and FLYdocs, announcing the formation of the MRO Blockchain Alliance at MRO Europe 2019 in October.

“We have roughly 10-11 parties willing to launch this blockchain. They represent every part of the industry. We are an alliance with key stakeholders, representing the entire MRO community,” said Andre Fischer, CEO of FLYdocs.

The alliance is a non-commercial partnership which has developed a couple of enterprise blockchain proof of concepts—and is now working to widen the applications of the technology in the industry.

Another challenge of enterprise blockchain is that, in contrast, non-commercial uses of blockchain are about providing anonymity and decentralized ownership, in a business setting, the technologies should provide both confidentiality and accountability.

Confidentiality is important because you might not want to share things like the price of a commercial agreement with unrelated third-parties. Accountability is essential because everyone involved in a business process should be able to look up who did what at which stage of the process.

“Enterprise blockchain is not working in one giant, decentralized public network accessible to everyone, and it’s not anonymous so that you can’t know who did what,” Chris Fabre said.