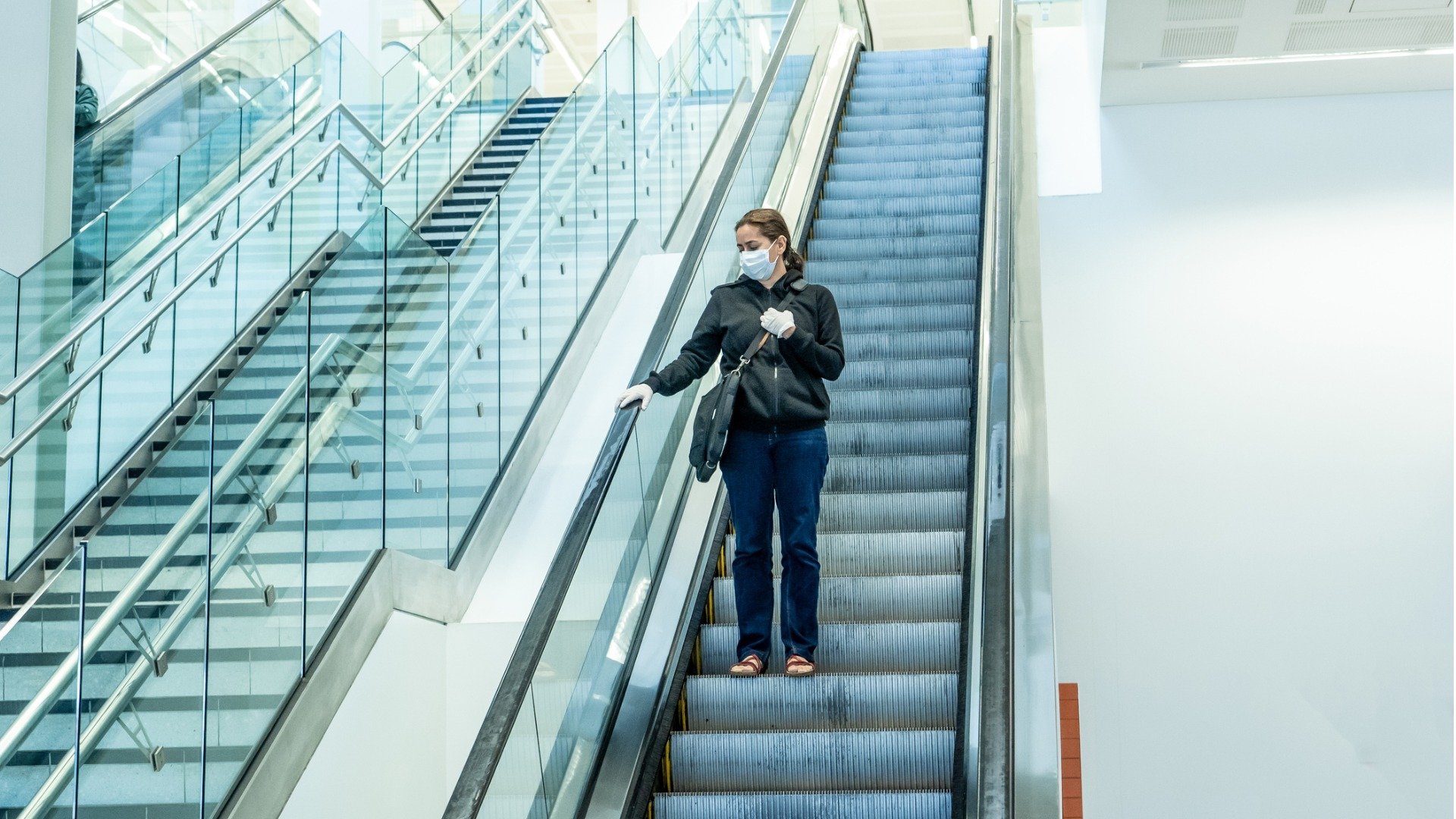 The five biggest risks to the aviation industry's COVID recovery

The end of 2020 does not mean the end of the most challenging period in the aviation industry’s history. As the industry looks to rebound in 2021, it will have to contend with a variety of risk factors, both COVID-related and otherwise.

COVID-19 disrupted almost every aspect of our lives in 2020. In addition to the devastating human toll of a pandemic that claimed over 1.8 million lives by the year’s end, our daily routines were turned upside down by lockdowns, travel restrictions, new safety rules, and an economic crisis that shrunk the global economy by 4.3 percent.

The airline industry was among the hardest-hit sectors. Seemingly overnight, the pandemic brought air connectivity to a near standstill. Although recovery is already underway, just how it plays out remains anyone’s guess. After all, no one saw what was coming in 2020 and no one can say with certainty how the pandemic will develop or when people will feel comfortable flying again.

With that caveat, we take a look at the five biggest risks that may trip up the aviation industry's recovery in 2021 and beyond. 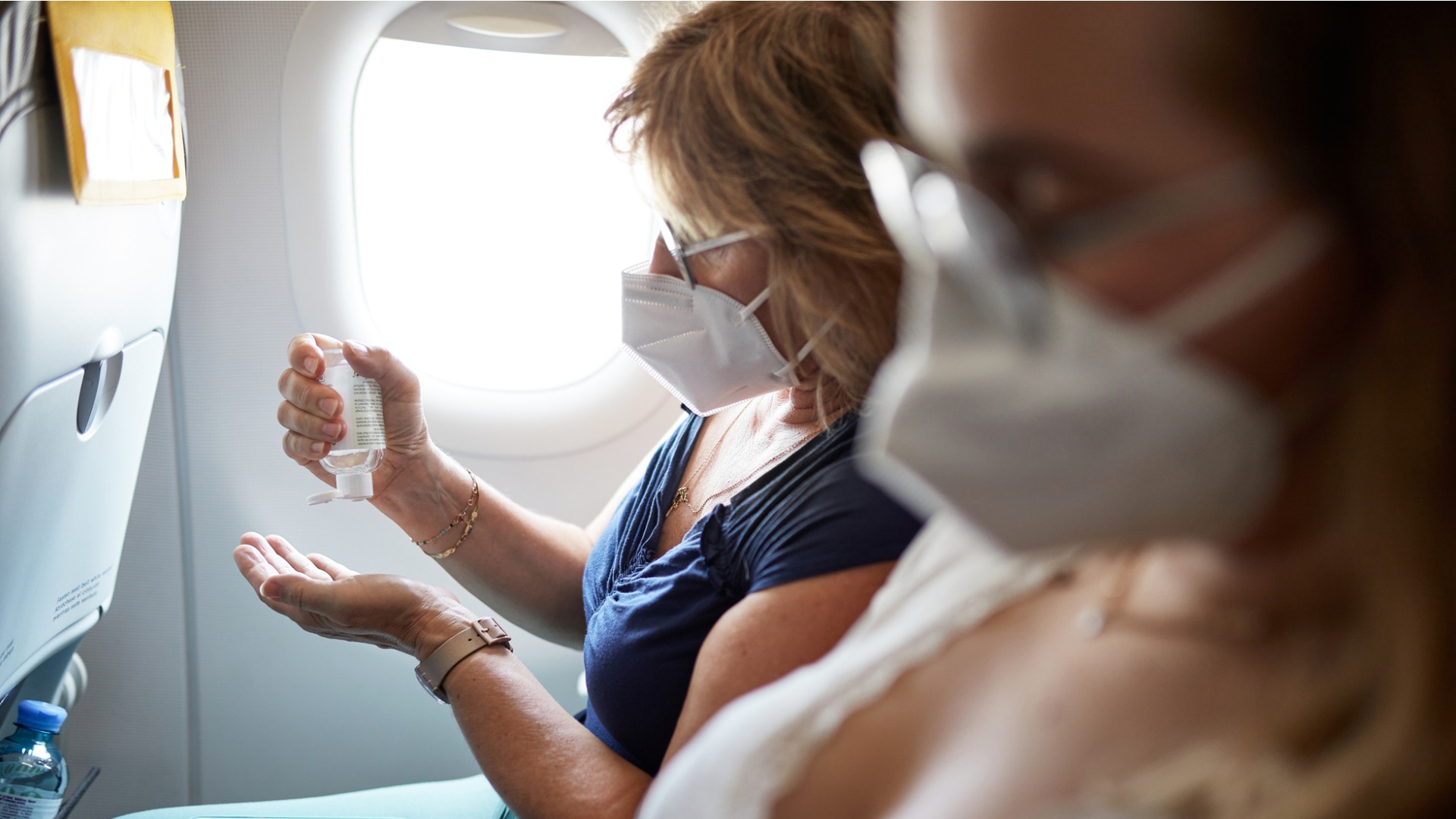 Risk 1: Travel demand remains sluggish even after the pandemic ends

At the time of writing, the rollout of vaccination campaigns was providing the first real hope that COVID-19 may soon be behind us. But vaccinations are not going to put an immediate end to the recession caused by the pandemic nor spur an instant turnaround in the aviation industry.

The industry suffered an estimated 67 percent reduction in passenger traffic and a 66 percent decline in revenue passenger kilometers (RPKs) in 2020, which according to the International Air Transport Association (IATA) was the steepest drop since World War II. Together with smaller declines in cargo tonnes and overall world trade, the low passenger numbers combined to leave the airline industry with an estimated net loss of $118bn last year.

Economic woes and the uncertainty surrounding the pandemic will play no small part in passengers’ desire and ability to travel. But there are indications that people are largely ready to start flying again, at least for leisure purposes.

In early October, the international management consulting firm Oliver Wyman released the second edition of a study tracking traveler attitudes during the pandemic. Respondents expressed significant increases in how comfortable they felt with the idea of returning to travel compared to the survey’s first edition in May. Half of all respondents said they’d be comfortable taking a flight when travel restrictions are lifted, a seven-point swing in just a few short months, and 63 percent said they expect to return to the same level of leisure travel activities once the pandemic ends.

But business travel demand may not return as quickly, or at all. Months of working remotely and holding virtual meetings may have permanently changed business attitudes. When combined with many companies needing to find ways to cut costs in a recession, business travel may be a permanent casualty of COVID-19.

One study from the consultancy firm IdeaWorks concluded that airlines are likely to lose at least 19 percent of their pre-pandemic business passengers, while its most pessimistic scenario called for as much as 36 percent of future business travel demand to disappear. The Oliver Wyman survey revealed similar results, with more than two in five business customers expecting to travel for work less often in the future.

These changing passenger sentiments come on top of a small but growing anti-flying movement borne out of environmental concerns, resulting in a rather significant shift in the way air travel is viewed over the period of just a few years.

But more than anything, the factor most likely to affect when passengers return to the skies is how safe they feel in airports and on commercial flights.

The Oliver Wyman travel sentiment report found that travelers were becoming more comfortable with the idea of flying as the pandemic wore on. Not only did half of all respondents in the October survey say they would feel comfortable taking a flight once the outbreak ended and travel restrictions were lifted, but flying was also the mode of transportation that travelers trusted most in the survey, outpacing their comfort in renting a car, using rideshare, taking a train, going on a cruise or using public transportation.

And many people aren’t waiting for governments to say it’s safe to fly again. While the May survey found that more than half of all respondents did not plan to travel until government restrictions were lifted or an official end to the pandemic was declared, by October that was down to less than one-third. This is in part because travelers trust the safety and cleaning protocols of their preferred airline, with roughly 60 percent of respondents saying that they viewed airline responses to the pandemic favorably. 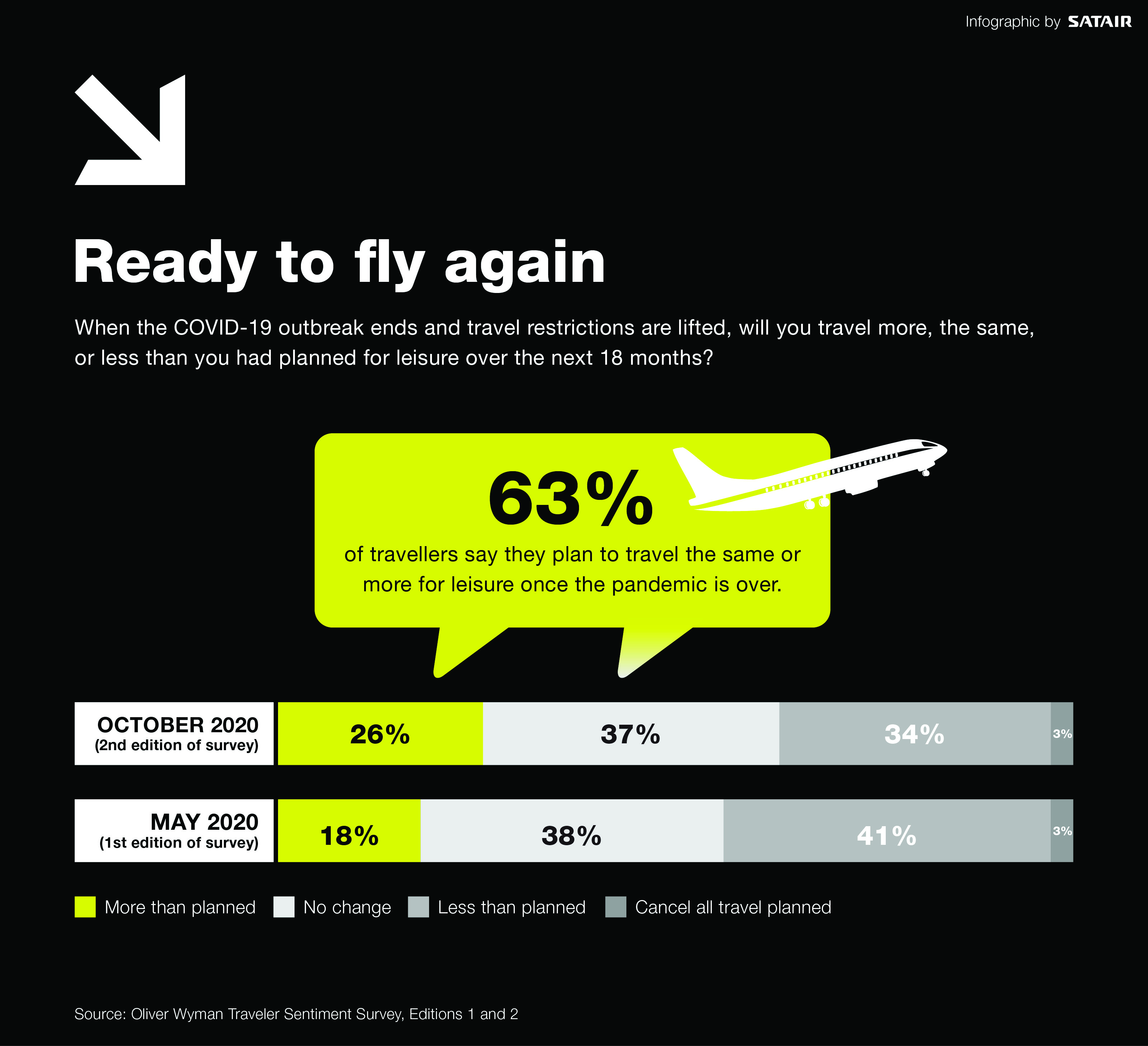 "After multiple, highly-detailed simulations using the most accurate scientific methods available, we have concrete data which reveals the aircraft cabin offers a much safer environment than indoor public spaces," said Bruno Fargeon of Airbus Engineering, who also leads the company’s Keep Trust in Air Travel initiative. "The way that air circulates, is filtered and replaced on airplanes creates an absolutely unique environment in which you have just as much protection being seated side-by-side as you would standing six feet [two metres, ed.] apart on the ground."

A study from Harvard University’s Aviation Public Health Initiative reached similar conclusions. It found that when commercial aircraft implement a “layered approach” to safety that combines onboard ventilation systems, face masks, distancing protocols, surface disinfection, and passenger declarations that they’re COVID-negative, air travel is as safe or safer than other daily activities like grocery shopping.

With passengers saying some of their biggest concerns about flying are air and cabin cleanliness, a number of airlines are turning to cutting-edge solutions like bipolar ionisation purification that add a layer of additional protection to the already highly efficient HEPA filtration systems. 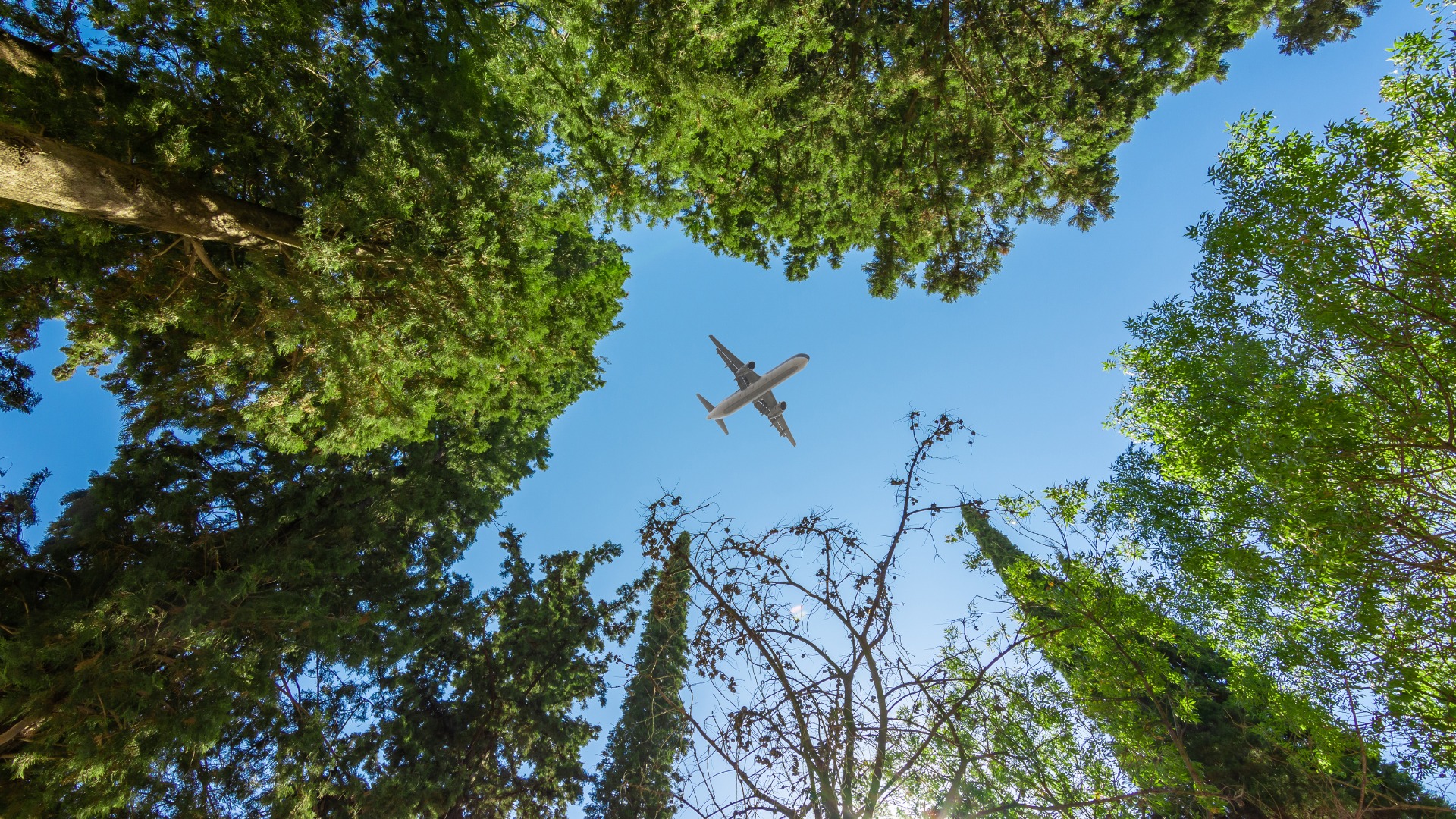 The pandemic overshadowed nearly everything else in 2020. But while attention has been rightfully focused on dealing with the biggest threat in the industry’s history, another crisis still looms.

2020 tied 2016 as the hottest year in history, another reminder that climate change continues to get worse. And as it worsens, the anti-flight activism mentioned earlier 1 is likely to pick up steam.

The aviation industry accounts for roughly 2.5 percent of humanity’s global CO2 emissions, making it a frequent target for criticism. The industry has shown in recent years that it is well aware of its environmental impact and its responsibility to take meaningful steps to address the issue.

The impact of COVID-19 resulted in a 60 percent drop in emissions in 2020, although this, of course, was due to the steep drop-off in travel rather than the result of ‘green’ industry initiatives. But the pandemic-induced downturn may have actually sped up existing plans to convert to more sustainable aircraft.

According to estimates, around 2,000 current aircraft that are at least 20 years old will be retired early as a result of the COVID-19 slowdown. The early retirement of these outdated models means that more efficient and sustainable aircraft will come into service sooner than originally planned. Newer aircraft are lighter and more fuel-efficient than older models, and the ongoing shift to update the global fleet has already helped the industry save billions of tonnes of CO2 since 1990.

Innovations in aircraft design and engine technology that have helped improve fuel efficiency continue to advance, as does the use of Sustainable Aviation Fuel (SAF), a “game-changer” that can reduce life-cycle emissions by 80 percent. There’s still a long way to go, however. IATA estimated that SAF accounted for just one percent of commercial airlines’ fuel consumption in 2019, but predicts that could double by 2025.

Another industry environmental initiative began in earnest on January 1, 2021. The Carbon Offsetting and Reduction Scheme for International Aviation (CORSIA) was designed to use carbon offsets to help the industry stabilise its net emissions at around 600 million tonnes. As of mid-2020, 88 countries had signed on to the initial voluntary stage of the programme. It’s worth noting that CORSIA and the whole idea of planting trees to offset emissions are not without controversy. 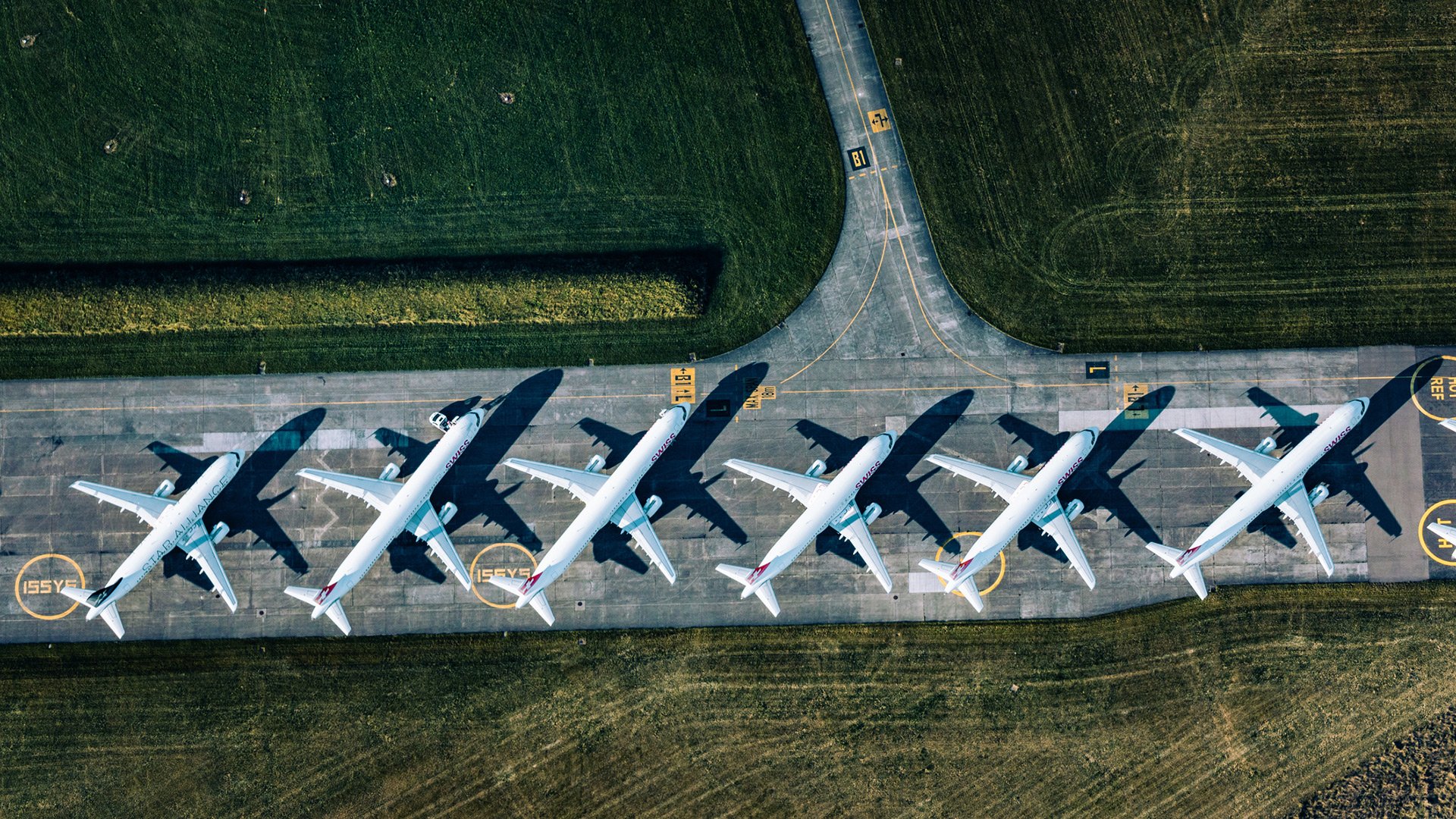 The pandemic left airlines in a serious cash crunch that led to the widespread cancellation or deferral of new aircraft orders. The combined deliveries of Airbus and Boeing plummeted nearly 60 percent in the first half of 2020, according to Accenture.

Airlines also cut back dramatically on maintenance, repair, and operations (MRO) spending, opting to put off maintenance projects whenever possible. Oliver Wyman estimated that overall MRO spending fell by 45 percent in 2020, with the biggest drops coming in the sector’s biggest and most expensive segments, engines and airframes.

The unprecedented number of parked aircraft in 2020 may also have a devastating impact on MRO providers. Not only does periodic maintenance decrease the longer an aircraft sits parked but it is also quite likely that some of the parked aircraft will never come back into service.

These aircraft retirements will significantly alter the used serviceable materials (USM) landscape. Oliver Wyman forecasted spending on all aircraft parts, both new and used, to be just $26bn in 2020, less than half of its original forecast of $60bn. Its report also warns that stripping retired aircraft for parts threatens to create "a substantial ripple effect throughout aviation’s supply chain.”

There is also the very real risk that some airlines simply won’t survive the crisis. If airlines go bankrupt, many MROs, USM providers, and other dependent companies could very well follow. 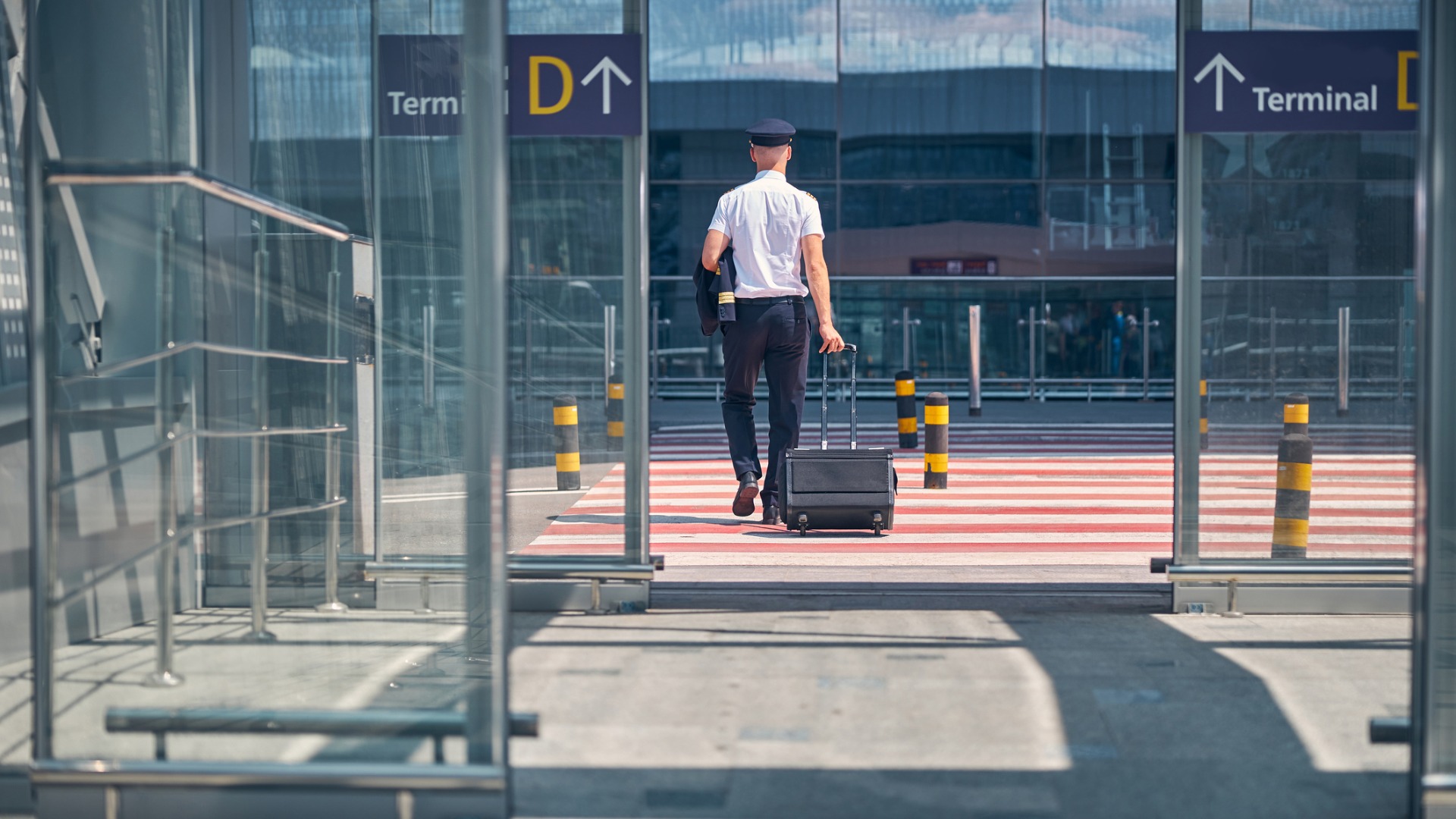 IATA estimated that over one million employees in the global airline industry lost their jobs in 2020. Only a modest five percent employment increase is expected in 2021.

Despite these short-term job losses, there’s still a long-term labour crisis within the aviation industry. In November, the Canadian training and simulator provider CAE released its Pilot Demand Outlook 2020 report and highlighted the dilemma the industry faces.

“On the one hand, airlines and operators have reduced the pilot workforce to offset the financial impact of the pandemic. On the other hand, data indicates that the industry will face significant challenges in the upcoming years to meet the demand for pilots,” the report states.

CAE predicted that around 27,000 new pilots will be needed by the end of 2021 and more than 260,000 will need to be added to the aviation industry over the next decade.

But it’s not just pilots. In long-term market forecasts released in 2018, both Boeing and Airbus predicted that the MRO industry will need well over 600,000 new technicians by the year 2037.

After a year like no other, it's tempting to think that things can only get better from here. Given just how bad 2020 was for the aviation industry, that is probably true. But the road to recovery is going to be long, with many industry experts not expecting a return to pre-COVID numbers until 2024. It's also going to be filled with risks, some created by COVID-19, some worsened by it and others that predate the pandemic.

The airline industry has proven its resilience before, bouncing back after 9/11 and the Great Recession. If it can navigate these identified risks and be agile enough to respond to new unexpected ones, this crisis too will pass.