From Blockchain to building your parts on-demand, MRO London 2019 had plenty of insights into the future of aviation—and we’ve compiled the top four.

MRO London 2019 was a hot spot for soaking up the latest news about the technologies that are currently changing, or poised to change, the aviation industry in fundamental ways. We were on hand, pens ready and taking notes, to the waves of insights, ambitions and endeavours from some of the leading minds in our industry.

We compiled our furious note-taking into a list of the four technologies that are predicted to be inevitable future factors in your business.

Blockchain in MRO: The ongoing saga

Since first taking the stage in 2008, Blockchain has captured the attention and curiosity of industries around the world. From its beginnings as a misfit cryptography system used to solve the double-spending problem with crypto-currency to the herald of a new era of secure system management, Blockchain has continuously held its position as leading technology. 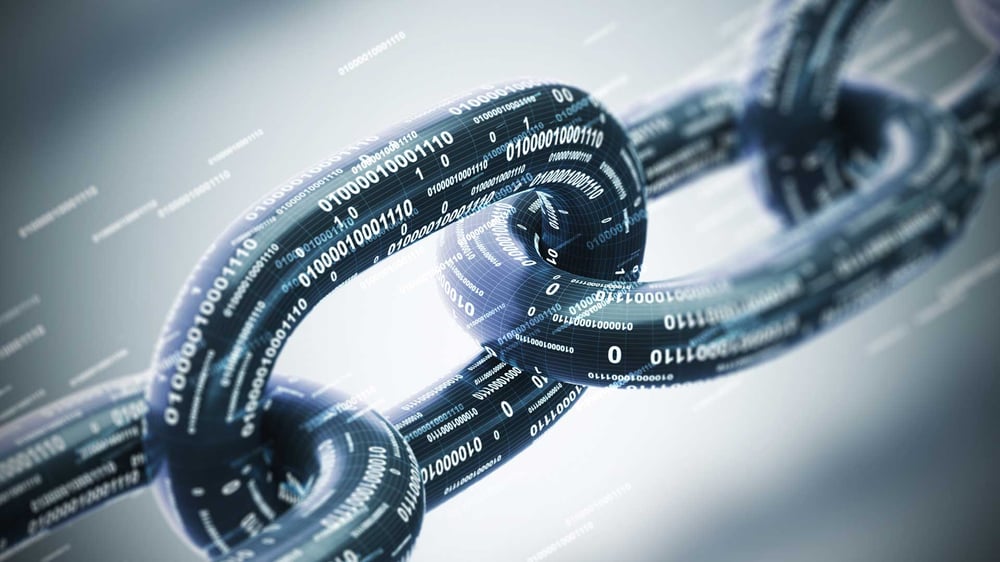 During the conference, we sat in on a session with Hadi Mohamed Shakir, Chief Technology Officer at GI Aerospace. He spoke about how Blockchain can be used to improve record-keeping, digital twinning and faster lease turnover while maintaining a high standard of data privacy.

Hadi explained that this high standard of security functions by using Blockchain to create a secure “signature” and blockchain ledgers. Essentially, it would allow businesses to create preferred lists of individuals that would have access to a blockchain signature, giving them access to whatever records or data that was shared. Anyone outside of ledger would be unable to break the blockchain encryption to view the data.

We also visited a larger session with the MRO Blockchain Alliance, a newly formed partnership between Safran, SITA and Sky Republic, where we heard what they think on what Blockchain will mean for the aftermarket and part supply.

“Today, what is interesting is how Blockchain applies to the tracking and movement of parts. In terms of business value and cycle of technology, we expect that starting from next year [2020] will see the largest growth in the use of blockchain technology,” says Aurore Duhamel, Product Manager at SITA, provider of aerospace IT. “As people start to implement pilot supply chain programs, we’ll begin to understand which type of business models and areas work best for this technology.

“We expect by 2021-22, the market will be robust and mature enough for vendors to start introducing blockchain products that will bring true business value to the industry.”

You can learn more about how utilising Blockchain to connect the many loose ends in the supply chain will inevitably prove revolutionary to aftermarket and part supply industry. We also reported earlier this year on how Deloitte and Parts Pedigree, a newly formed startup of aerospace and technology experts, took blockchain technology from its proof-of-concept stage to the operations floor.

Based on the thoughts and insights from our time listening to the MRO Blockchain Alliance seminar, it appears that moving forward into 2020, many others will be racing to bring blockchain solutions to the market.

Additive Manufacturing (AM) has been a hot button topic within the industry for a few years now—in fact, we’ve written both about its opportunities and its challenges. But much of the focus around AM is focused, as Will Hasting, Aerospace Solutions Engineer at Velo3D stated at MRO London recently, “on how additive related to future jet engines.” 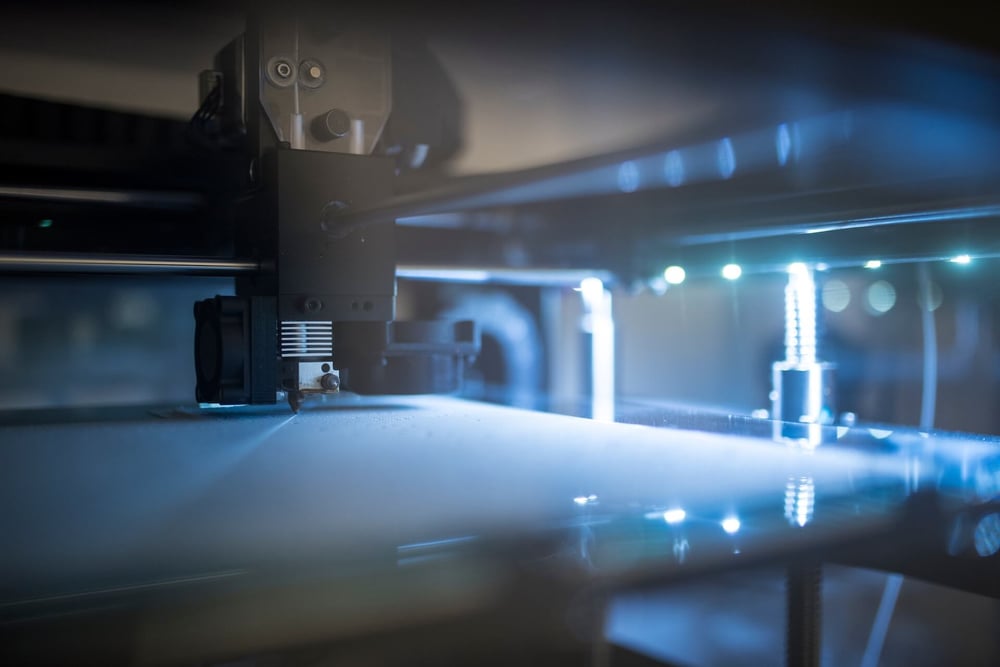 Rather than take the stage during his intimate seminar to reaffirm the belief that additive manufacturing is a new technology reserved for newer aircraft, he spoke about how AM could support the maintenance of older engines.

Starting off the seminar with a real-world scenario, Hasting explained:

“A problem that is occurring today, is saying that you have 10 shop visits a year on an engine and you need one part, but you can't get a casting house to give you the time of day because it’s a low priority sale against the thousands of parts they can deliver to newer for new engines. So what do you do with your fleet, and your engines, because they need a part with a 55 week wait time?”

Hasting went on to explain that this is where additive manufacturing can really shine—particularly with metal additives for parts that traditionally need to be cast and can have extreme wait times reaching, as Hasting recalled himself, 700 days.

“This [additive manufacturing] is really a great opportunity for those that own the old birds, to really get them back off the ground again.”

The use of Artificial Intelligence (AI) is yet another ongoing topic that often finds its way into the media on a recurring basis. We touched upon it last year in our recap of MRO Europe 2018. One year later, and the technology is making great strides in the industry. 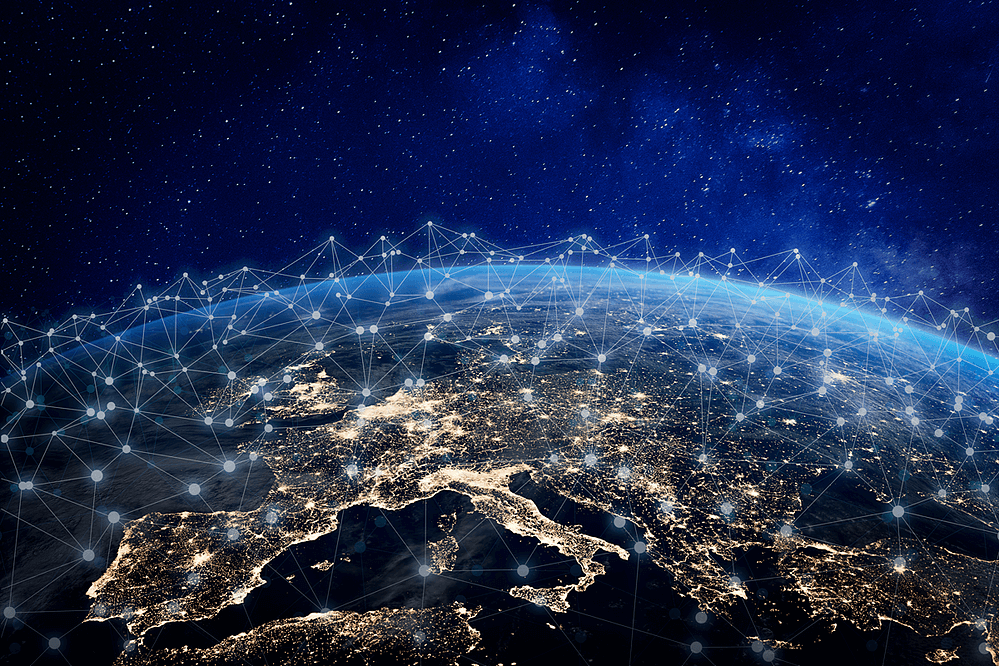 A hot topic of this year’s MRO Europe was Delta and Airbus finalise a digital alliance around developing AI tech for predictive maintenance.

We sat in on a seminar with Shane Ballman, CEO of SynapseMX, as he described the five main steps toward developing an AI. He explained how certain businesses are using AI in unique ways to analyse large data sets and help OEMs sell their parts more reliably, and how others are using AI to “data-cleansing and harmonisation of parts data.”

Ballman also spoke about challenges in perceptions concerning job security and erosion of the power-base. But he went on to explain how these fears are generally unfounded:

“From a business perspective, AI wouldn’t be used to do that. There are a lot of boring, mundane, routine things that AI is good at solving, because AI doesn’t get tired. It’s looking at each problem the exact same way each time. So you can offload those menial tasks to the AI and free up your workforce.”

During the session, we asked him what is required for the MRO industry to effectively implement tools that utilise AI technology, and he had this to say:

“I think it's really about defining a scope. Asking what is that one thing that we can do, where we have hard data that an algorithm can learn from, the results that you can feed it, to learn to predict expected results. Then take this small project and start to project some targets, and see whether you can immediately gain value in small steps. This allows the agility to assess and pivot if you need to, before you spent half a million on trying a solution.”

The interest in Augmented Reality (AR) as a game-changing technology hasn’t waned since it grabbed, and then lost, the public’s attention with Google Glass back in 2013. With regards to how the technology could be useful to the MRO industry, it has always been plagued by questions of whether how practical and cost-effective it would be to implement. We wrote about this in an article Augmented Reality in aviation MRO: Is it bleeding edge or leading edge? 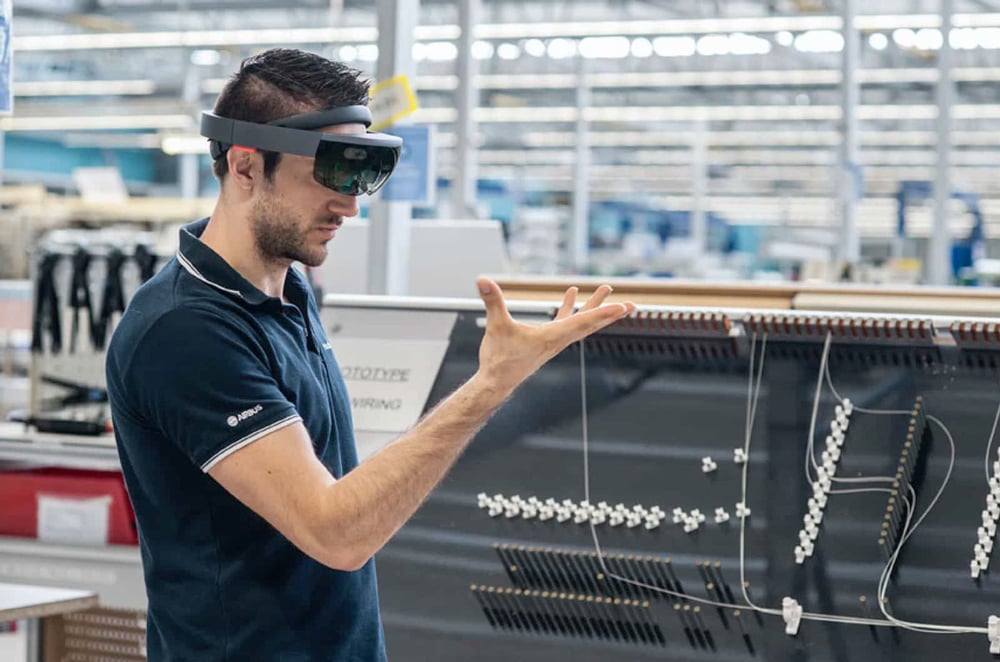 There seems to be one area of exception, where AR is creating real change—MRO training.

In a seminar with Wanda Manoth-Niemoller, Commercial Development Manager of KLM, she spoke about how Royal Netherlands Aerospace Centre (NLR) and KLM have begun an MRO training course. It utilises multiple Microsoft HoloLens AR goggles to facilitate collaboration and instruction, while trainees walk around a scaled 3D model of an aircraft and its parts and systems.

“The way we did it, is that all the glasses are connected, which means that each of the students sees the same thing,” explained Manoth-Niemoller as she described a group training process. “It’s not VR, the students can see through the glasses. They can see each other. They see the same image so they can discuss things and collaborate.”

“It also changes the process of teaching. It’s not the instructor showing an image and describing it; it’s basically the students seeing the same image in a space and working together.”

As more and more digitised models of engine and aircraft parts become available, this form of training will vastly overshadow traditional forms of MRO training. The ability to simply remove and expand areas of an engine or part, and to discuss collaboratively, will significantly increase the timeframe and efficiency in which new generations of technicians and operators are on-boarded into the industry.