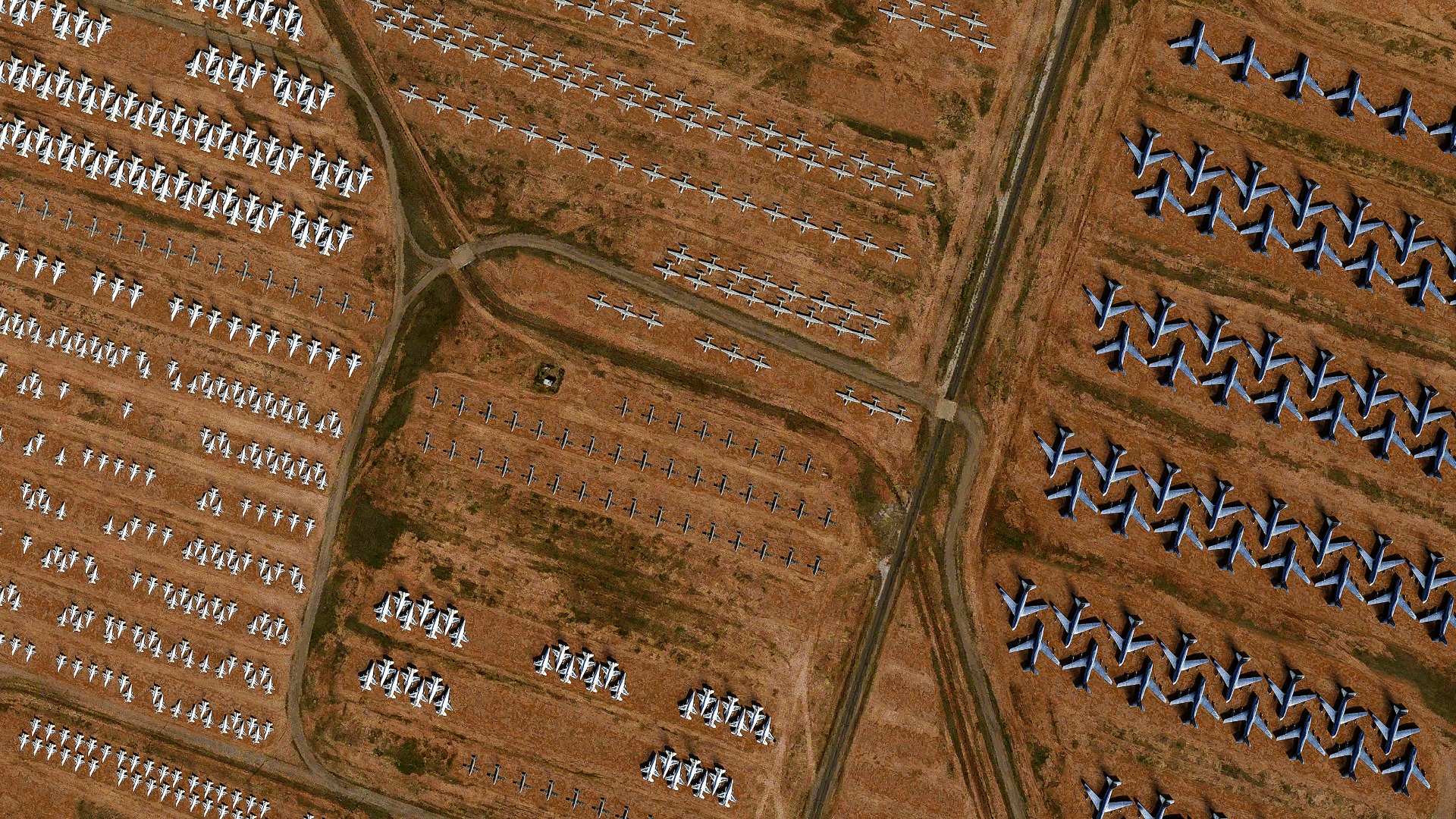 If there was one piece of conventional wisdom during the early chaotic months of the COVID-19 pandemic, it was that the grounding of air traffic would spur a massive uptick in aircraft retirements and force airlines to permanently park some models much sooner than originally planned.

And while it’s true that there was an initial spike in fleet retirements in March 2020, the consensus at the 2021 MRO Europe conference was that the so-called ‘retirement tsunami’ never really hit.

“We all thought that this was going to be a banner period of time [for aircraft retirements],” Aviation Week’s senior director for forecasts and aerospace insights, Brian Krough, told conference attendees. “It really wasn't, when you look at it historically.”

“A lot of the airlines were saved with governmental help and without that, the world would look differently,” she told the Satair Knowledge Hub. “But now that the borders are open, the COVID-19 measurements are lifted and you can travel, airlines can make money again. And if you look at the narrowbody market in the United States, the demand is there and people want to fly. No one really knew how fast that would happen, and to be fair, no one really knows what will happen this upcoming winter.”

In a conference session focused primarily on the fleet retirement issue, Noack expressed some level of surprise that the predicted wave of retirements didn’t pan out as expected.

“If you really look at the statistics, there is not that much of a big increase [in retirements] as was said 18 months ago,” Noack said. “Everyone was talking about a retirement tsunami or the 747 will never go back and the A380 is dead and all of that. And it simply didn't happen. And I think if we are honest, it probably will not happen.”

That latter prediction was met with agreement from her fellow panellists Lee Whitehurst, the commercial director of materials for GE Aviation, and Max Lutje Wooldrik, the founder and CEO of APOC Aviation.

Their panel discussion was just one of many at which fleet retirements came up during the three-day conference in Amsterdam.

What’s the impact on MRO and USM?

Brian Sartain, senior VP of repair and engineering services at AAR Corp, also pointed to the strong rebound of domestic air travel in the United States as a key reason that narrowbody retirements didn’t reach the heights many had projected.

“If you remember back at the beginning of the pandemic, as things started to really stretch on, there were a lot of announcements about retirements. And it's been very interesting to see how those did or didn't play out,” Sartain said. “Something tells me that what we thought was going to happen with retirements, at least in the narrowbody fleet in the United States, was not accurate at all.”

What this means in the long run for MROs like AAR is perhaps too soon to say, but Sartain said that for now “we'll just keep maintaining older aircraft longer than we thought.”

The retirements, or lack thereof, of older aircraft won’t just impact the MRO sector. Whether the 6,000 or so aircraft that are still currently parked return to service or get torn down for parts will also affect the supply of used serviceable material (USM) on the aftermarket. Allan Harding, VP for Europe and Asia and AMETEK MRO, said aircraft operators currently have some tough decisions to make.

“They've been parked for some 18 months plus. The cost of bringing those aircraft back into service is quite significant,” Harding said in a conference panel discussion. “Do [owners and operators] invest in the aircraft again, to bring it back into service or do they look at it as a high-value asset? Is it better served as a tear-down or part-down and then passed on for USM and green time?”

When the Knowledge Hub caught up with Oliver Wyman CAVOK VP Robbie Bourke on the sidelines of the conference, he said a number of factors determine whether to return an aircraft to service or strip it down for parts. Primary among them is the airlines’ determination of whether or not there is enough customer demand to justify keeping the aircraft. Airlines also have to weigh both the costs of bringing a long-parked aeroplane back into service and the operational costs once it begins flying again. On the latter point, rising fuel costs and the relatively inefficient engines on older aircraft are something operators will have to take a hard look at, he said.

While agreeing with the other conference participants that the so-called tsunami has thus far been avoided, Bourke shared Krough’s prediction that a wave of retirements could still very well be coming.

“I think there was a view that when we retire aeroplanes, we're going to strip them down and that's going to provide lots of access to used serviceable material,” Bourke said. “There's been a bit of a pause on that because there's been uncertainty about the demand. What's happening at the moment is there's a lot of aircraft that haven't been stripped down and are sitting in a stored or retired state, and I think you're going to see those aircraft start to be stripped down in due course and that used serviceable material come back in [to the aftermarket].”

No one would argue that the COVID-19 pandemic was anything but horrific for the aviation industry. But a strong return in travel demand, particularly in the domestic market in the United States, and generous government assistance programmes appear to have averted the retirement tsunami so many expected – for now, anyway. As several industry experts suggested at MRO Europe, the real wave might be coming in the next five to ten years.