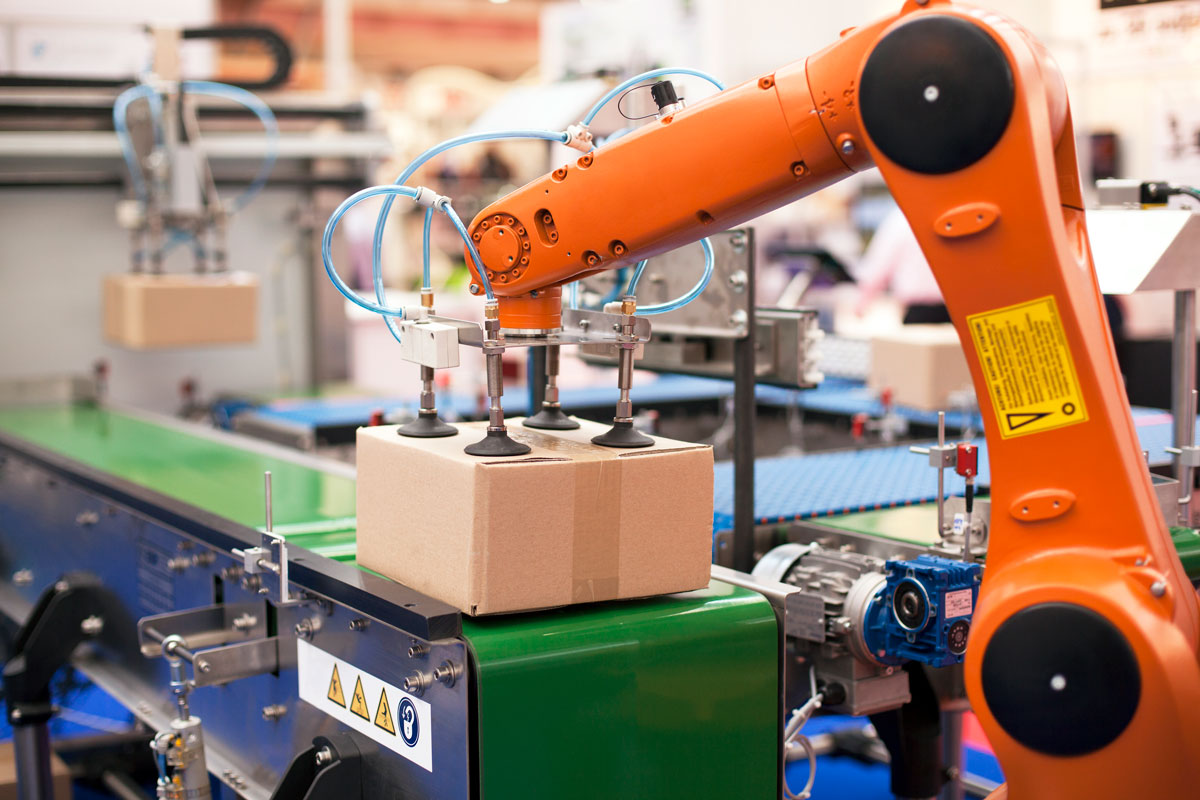 Inside the warehouse of tomorrow: Are robots the new warehouse workers?

At a warehouse in Japan, they've cut the number of human workers by 90 percent, but does this mean robots will take over at every warehouse in the future? Join us for a tour inside the warehouse of tomorrow right here.

Robotics and automation represent an excellent opportunity for warehouses to increase speed and efficiency. However, getting a warehouse ready to support robots is not as straight forward as people might think.

EXPLORE:
Four logistics trends that will transform the industry in 2019.

»In general, I think people are thinking “I’ll just bring in a robot and that is going to solve all my problems”, but that’s not necessarily the case. Bringing in robots can surely help, but it is not suddenly going to make you 5.000 percent more efficient,« explains Bob Doyle, who’s a Vice president at A3 Association for Advancing Automation, a trade organization representing more than 1.200 members in the field of robotics and automation.

»There is definitely a return on investment from implementing robots, that is why they exist, but I think there is a misconception as to what problems robots can help resolve,« he says.

One of the main challenges is that robots are usually created with a specific task in mind. They will excel at that one task, which they can perform all day, every day for years. However, robots struggle when it comes to being able to perform several different tasks.

This lack of multi-task capability is simply because nothing yet compares to the adaptability of the human hand. We can grip, hold and lift just about every shape as long as it doesn't weigh too much. Robots, on the other hand, needs specially designed grippers for each task.

»When you think of the potentially hundreds of thousands of products in a warehouse, to make a one size fits all gripper that can grip anything and get it in the right box to be delivered to the consumer – that is still a very difficult thing to do for a robot,« says Bob Doyle.

READ ALONG:
Creating a proactive supply chain – what are benefits and challenges?

That is why the message from the robotics trade organization is that there still is a great necessity for humans in logistics and in warehouses.

Working at a warehouse might require different skills in the coming years, and this is especially true for some positions. As new technologies evolve, the job requirements in the industry follow, and this in itself isn’t anything new.

»Technology has been transforming jobs since the industrial revolution, and we don’t see it being any different now,« says the vice president, who explains that the members of his organization are struggling to find the people to fill the openings they have today.

As an example, the future workforce needs more college students, and not only highly educated engineers or PhDs. Shorter programmes and skill trades aimed at high school graduates who, in two years, can get an associate degree in advanced manufacturing or robotics are going to fill necessary roles in the warehouse of tomorrow.

Experienced warehouse workers could just as easily fill some of these positions after going through a training programme, so the future isn't all robots and inexperienced graduates.

»The people whose jobs are being replaced by robots are very important and with some training, they should be able to fill some of the new positions,« says Bob Doyle. 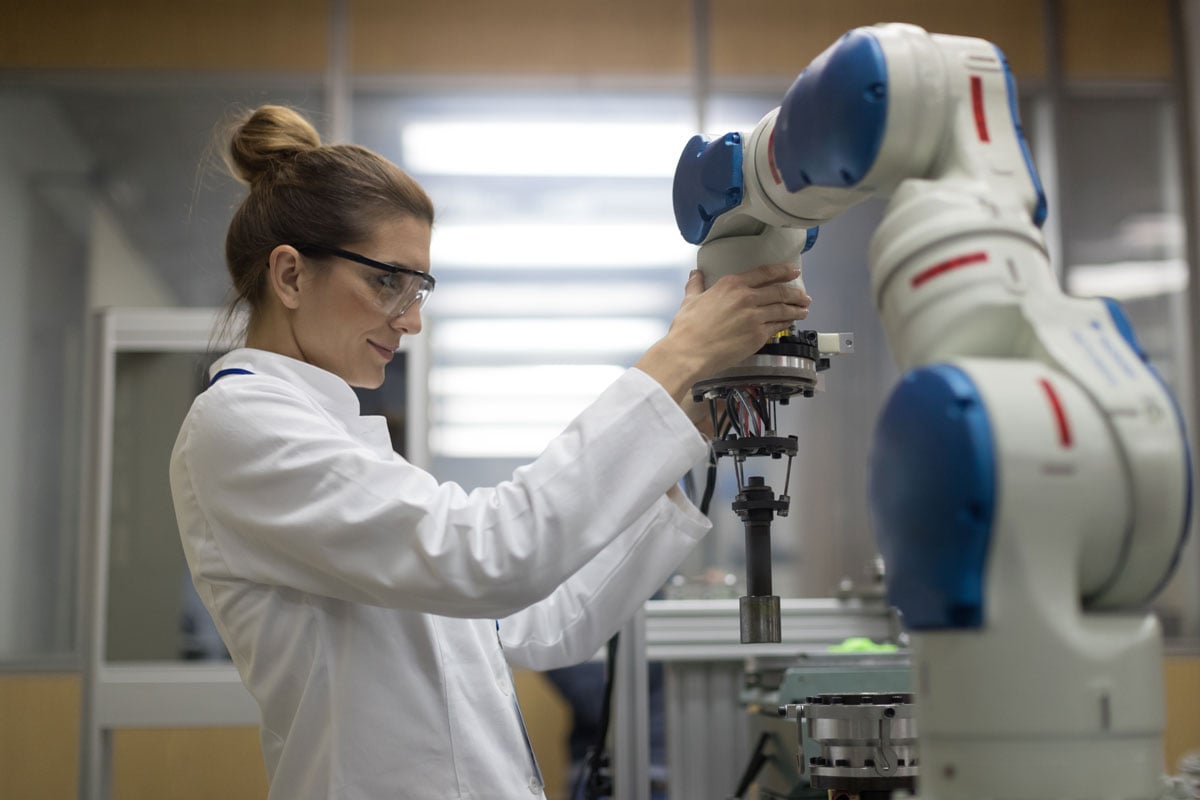 Presently, robots are primarily being used to alleviate the workload of humans in unattractive positions. The so-called “dull, dirty and dangerous” jobs that require, for instance, continuous lifting and moving things around, doing the same motions over and over, which wears the human body down.

»And why wouldn’t we use a robot to take the human out of that situation and put that person into a different more pleasing position, where their job is of greater value?« asks Bob Doyle who believes the robotics industry is doing a “pretty good” job creating new jobs at the moment.

Some might be worried that robots create a hazardous work environment for humans, but the industry already has quite strict safety standards to ensure the safety of the people working in the same space as robots.

»We as an association has developed a safety standard and the industry, in general, has a very strong safety record, but we certainly want that to continue,« explains Bob Doyle.

The robots are fitted with different sensors to be able to detect people or obstacles to ensure the safety of the employees. They are required to be able to stop instantaneously if they hit anything and move slow enough not to injure anyone if hit.

»There are a bunch of technologies like vision and other sensors, that allow humans to work within the workspace of a robot. At the same time, you need to look at what that robot is doing. If a robot is holding something sharp, you don’t want it near people waving that around,« the Vice President says.

Overall robotics and automation are expected to make logistics more successful at its very core: Getting products from point A to point B faster and more efficiently with greater predictability, making customers happier as a result.

According to the Association for Advancing Automation, the benefits from robotics will most likely be greatest in the e-commerce industry where products and boxes typically are a lot alike and therefore easier to align with an automated process.

GET A CLOSER LOOK:
At IoT and the huge benefits that will follow for aviation companies.

Right now the area that sees the fastest growth is within Autonomous Mobile Robots or AMRs. They are spreading fast, according to the trade organization, offering to move things about the warehouse autonomously. A lot of startups in the USA have been gaining a lot of traction in this field lately, but overall robotics and automation is still very niche.

»We are talking small percentages. If you look at robots in warehouses and logistics across the country and the world, it’s a very small percentage. But it’s certainly growing,« says Bob Doyle. 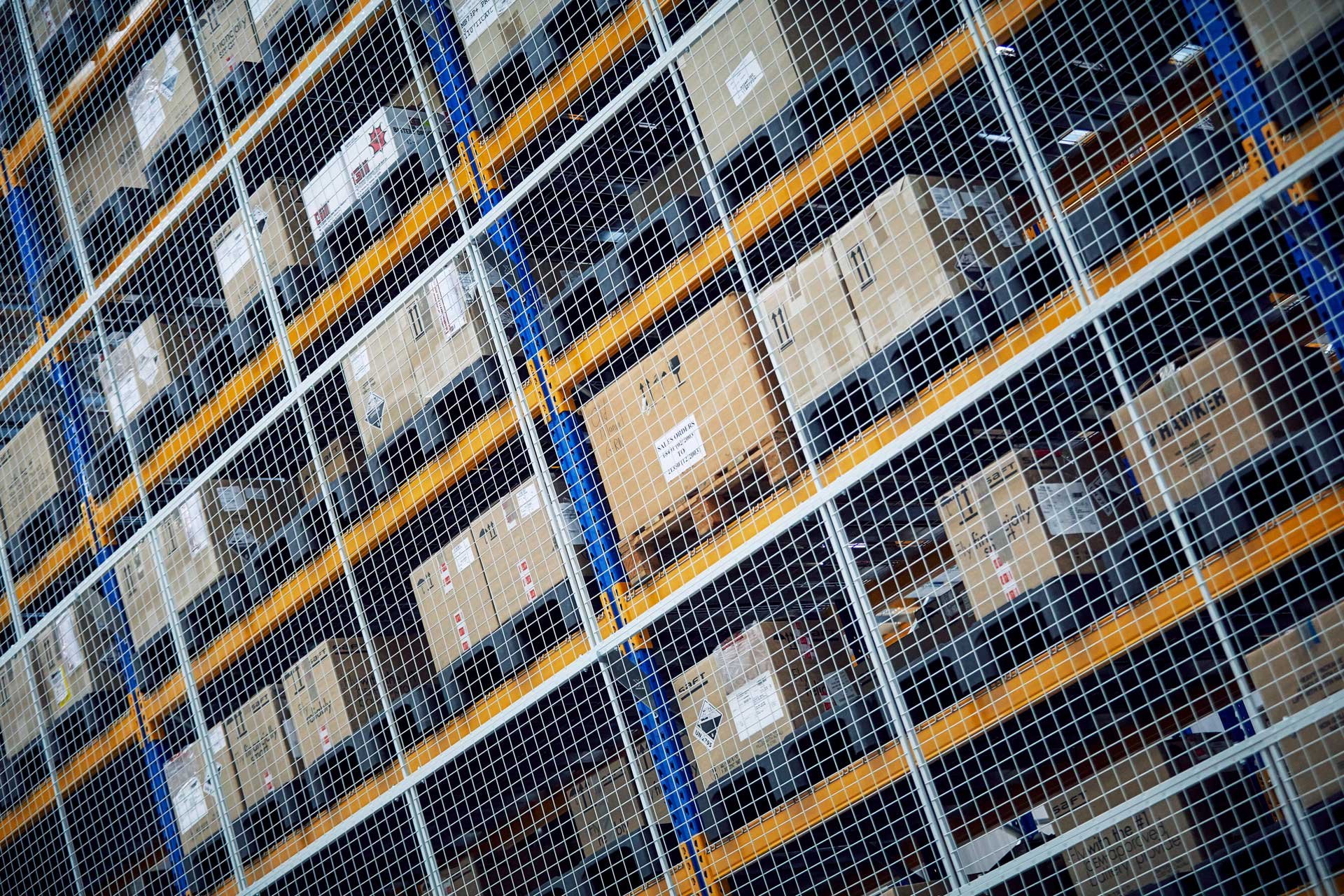 Currently, there are considerable limitations to just how and where robots can be implemented, but as robots become more flexible and nimble in the years to come, it is likely, we will see more of them moving products around, packaging and perhaps even deliver the goods autonomously.

Although one can think of many applications of robotics in the aviation supply chain, the industry is just beginning to explore the opportunities.

It’s hard to say how and when the industry can expect robotics to become mainstream but we know one thing; the implementation of robotics is likely to be supported by a long list of other emerging technologies like additive manufacturing and IoT.