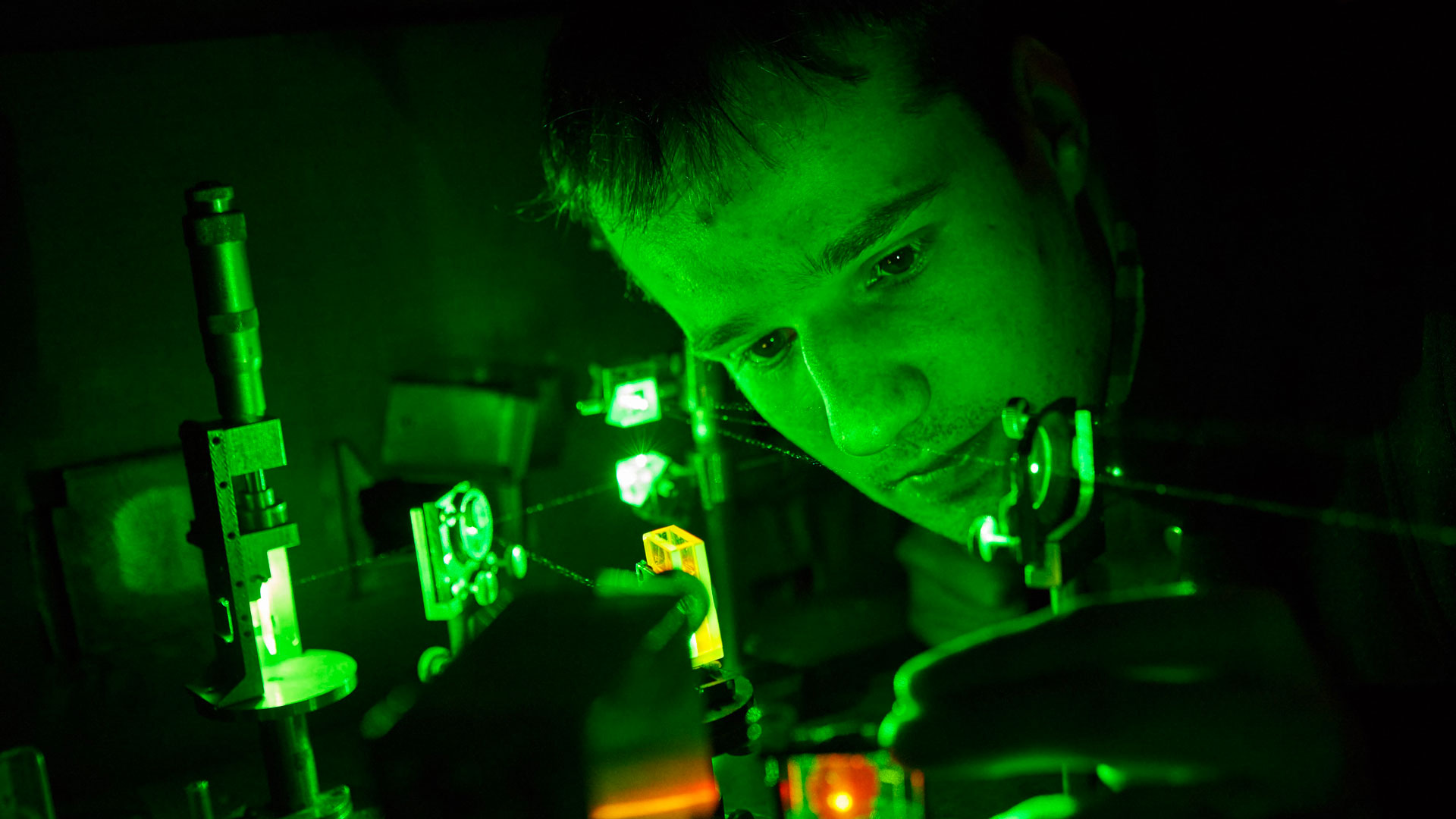 Laser protection for pilots. The science, the tech, and what is right for you.

A pilot’s eyes are as fundamental to an aircraft as the engine itself, so deciding on a course of action to properly protect those eyes and maintain aircraft operations is not to be taken lightly. In this article, we look at the science behind laser protection for pilots, and what new solutions are aiming to shake up the industry in the time to come.

From fighter pilot goggles from the early 20th century to the iconic aviators worn by Tom Cruise in Top Gun, there have been memorable moments in history where eyewear has been a defining characteristic of what it means to be a "pilot". But currently, “coolness” isn’t a factor that pilots should be considering. Instead, the new style of eyewear is designed to protect pilots from the increasing threat of handheld lasers rather than making you feel like Maverick.

There is a long history of laser safety research, harkening back to the construction of the first laser in the 1960s, but the application of this technology within the aviation industry is relatively new. The FAA only began formally recording laser attack incidents in 2005, but since then pilot laser protection has become an increasing concern for the aviation industry.

At this stage, laser protection glasses are currently the main option for pilots and airlines. We explore more distant future options, like an anti-laser windscreen film which is in development, later in this article.

LGP (laser glare protection) is what laser protection equipment for the aviation industry is commonly referencing. This technology is the best for pilot use–because it only aims to “reduce” the brightness of a laser’s effects on the eye to a level where no damage can occur. This equipment does not block the laser entirely, because an aircraft pilot, helicopter pilot, or air traffic control person may still need to identify the laser’s source, in order to report it.

LEP (laser eye protection) is equipment meant for laboratory, medicinal, non-aviation military or industrial use. LEP glasses or face-guards are often used when blocking a laser entirely is needed to avoid eye damage. This is usually because the strength, proximity, and duration of exposure to laser light, in these situations, is often much higher. Pilots are not recommended to use LEP equipment, as it could impair vision and the pilot’s ability to perform flight duties.

READ MORE ABOUT:
Struck by a laser. A pilot recalls his experiences 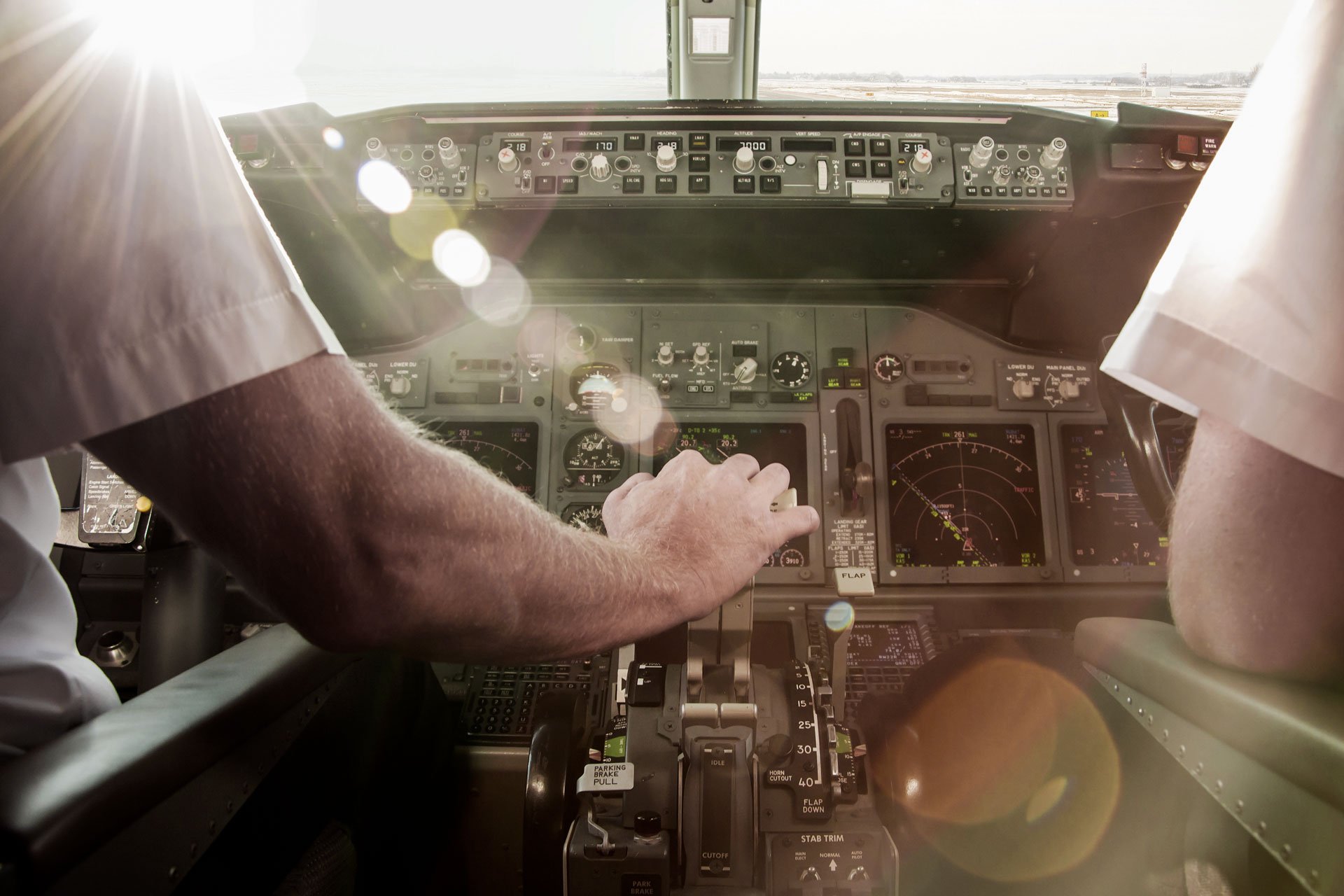 Before we dig deep, let's dig into the tech lingo

There are a lot of scientific terms that are thrown around when talking about pilot laser eye protection, so in order to better understand the science behind it, there are a few terms that need to be explained:

In this context, wavelength refers to colour–and more specifically, the colours which are targeted and reduced through the optical filter. On a visual spectrum, this refers to Red, Blue and Green. With regard to equipment manufactured explicitly for aviation use, particular shades along those Red, Green and Blue wavelengths are targeted and omitted, leaving the remainder of the colour intact. This is highly important because, while laser protection glasses should reduce a laser’s effect, they should not change or alter the colours of any of the cockpit indicators, when a pilot wears them.

This refers to the type of laser protection equipment that uses a film to determine the optical density (OD).

This refers to plastics or glass lenses that have a light-absorbing dye built in. Different dyes will absorb different wavelengths but can also risk altering the density of all light along that colour spectrum. As an example, using a dye that blocks specific wavelengths of red could result in all reds appearing as slightly dimmer or grey.

4 factors to consider when deciding on laser protection for pilots

Beyond understanding the terminology which defines the laser protection industry, it's essential to put it into a context that is right for the various areas within the aviation industry. What may be necessary for Air Traffic Control or a helicopter pilot, for example, may not suit the requirement of an aircraft pilot. We spoke with the putative laser pointer safety expert, Mr. Patrick Murphy of laserpointersafety.com, on what his thoughts are on the different solutions.

"There are advantages and disadvantages to each [dye vs film] solution. For example, film-based glasses work best when the laser is coming directly at you. If it comes from the side, the glasses are not as effective. With products that use the dyeing process, the protection is effective no matter where the laser is coming from," says Murphy.

"The downside to this is that dyes can distort colour. There are only so many wavelengths that one can defend against. If you're blocking the green, blocking the blue, and blocking the red, then you pretty much can't see anything anymore ."

1. The laser protection solution must block the right wavelength

According to research reported by the FAA, Green is the most common laser colour that is reported in aviation-related laser attacks. This is because most laser pointers available on the market–which are capable of distracting a moving aircraft, or are strong enough to reach an aircraft at higher altitudes–often produce lasers along the green spectrum. More specifically, 532-nanometer green is the culprit in about 90% of laser incident reports. We did a Google search of 532 nanometer green and found a surprising amount of proposed “military-grade” laser pointers on shops like eBay, which reinforce the growing threat.

The right optical density is mainly determined by the specific field. For example, helicopter pilots - and possibly Air traffic Control - may want to choose equipment with a higher optical density (OD) of 2, to ensure that they are protected from laser attack that can occur closer to their proximity and for longer durations.

For commercial pilots, where their exposure risk occurs during a much briefer period of time, they can consider equipment with a lower OD of 1.

Despite Hollywood's reoccurring portrayal of the hot-shot pilot look, laser protection glasses should actually be designed for functionality — performance and comfort over style. In no way should the equipment dampen or hinder a pilot's ability to perform their necessary duties. While they do exist on the market, the classic pilot "aviators" are simply not sufficient enough to protect pilots from the laser attacks which are looming all around the world.

It's important to note that many of the products on the market are dye-based eyewear. As stated earlier in this article, such dyes can absorb a large part of the visible light spectrum and result in the blocking of unintentional colours–making the products unsafe to fly with. Therefore, it is paramount to consider that these products may affect a pilots ability to read specific cockpit indicators correctly.

Looming right on the horizon are a couple of solutions which aim to make specific laser protection to guard against the rise occurrence of laser point attacks.

We are just weeks away from a new kind of laser protection glasses for pilots. Now, covert until release, for propriety reasons– this new technology uses a holographic optical filter that has been scientifically engineered with multiple layers to protect pilots from the more specific 532-nanometer green laser light, which accounts for the most significant disturbance to flight operations.

There is also the development of laser protective windscreen film, which is currently in the testing and certification phase. To learn more about both of these technologies, and their date of availability, please enter your contact details here, and a Satair representative will contact you with further information.