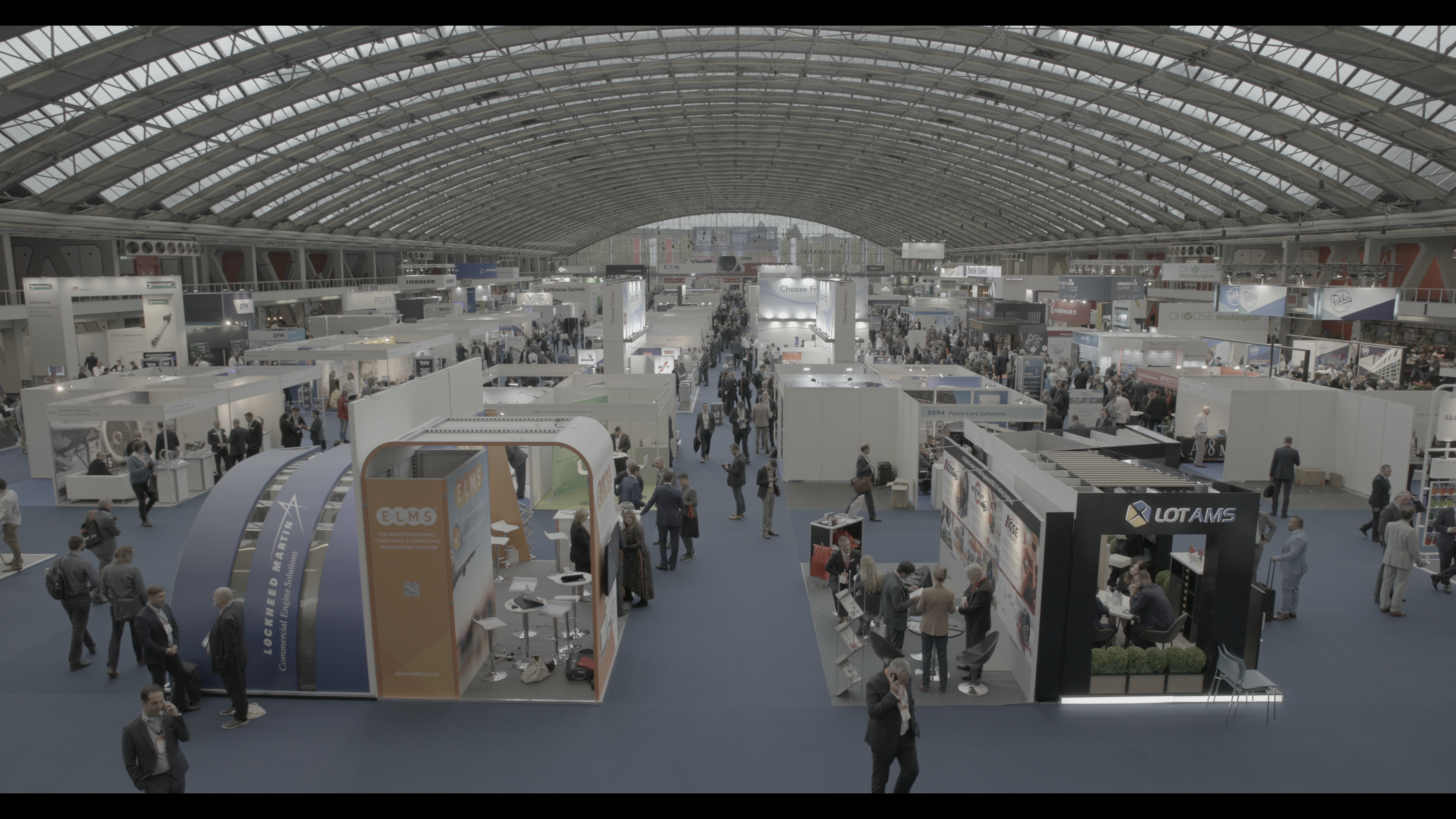 At October’s MRO Europe conference in Amsterdam, one speaker after another detailed just how difficult the COVID-19 pandemic was, and in many ways continues to be, for the aviation industry.

But at the same time, there was a shared sense of growing optimism and the impression that, as bad as the crisis was, some of the worst predictions didn’t actually come true.

Capturing this seemingly contradictory dynamic was Oliver Wyman CAVOK VP Robbie Bourke. When the Satair Knowledge Hub caught up with him following his presentation, Bourke told us that the pandemic was “as bad as we possibly could have imagined” but also said that a “fairly robust” recovery was well underway.

“To put some numbers on it, in Europe aviation reduced to 18 percent of its previous levels from 2019, at the worst of [the pandemic’s] second wave across Europe. So it's been pretty terrible for the industry,” Bourke said. “And I think when you look across all parts of the industry, whether it's airlines, whether it's the MROs, or whether it's the OEMs, they'll all tell you a very similar story. But you know, those dark times are starting to get a bit brighter.”

Bourke said that the resilience of airlines, combined with external factors like the vaccine rollout and government policies, meant that some of the doomsday predictions that were made a year or so ago didn’t fully come to pass.

“When we think about our predictions 12 months ago, there was so much uncertainty about what recovery would look like,” he said. “So I think it was sensible to be slightly pessimistic during that time. However, what has happened subsequently and in certain regions is pretty spectacular.”

Some of Bourke’s cautious optimism about the industry’s recovery could be found in the third edition of Oliver Wyman’s Travel Sentiment Survey, released in June. Three-quarters of the surveyed respondents said that they plan to travel for leisure as much or more post-COVID than they did before the pandemic. The survey also found an overall expected increase in business travel post-pandemic. Although the increase was somewhat marginal and differed by markets, the results nonetheless fly in the face of the repeated dire warnings that the pandemic had forever killed business travel.

Pent-up travel demand has led to a strong rebound of domestic travel in the United States and a strong, but slower, recovery in Europe, where 91 percent of the fleet has operated at least one flight over the last three months, Bourke said.

That passenger demand in turn drives MRO spending. Oliver Wyman predicted in its annual MRO survey, released in April 2021, that global MRO spending would return to its pre-COVID-19 forecasted levels already by 2023. Looking ahead to 2030, however, MRO spending is expected to be around $115 billion, a significant reduction from the firm’s pre-pandemic prediction of $130 billion.

“There's a lot of maintenance that hasn't been done in the last two years with aircraft parked up. That has to be caught up on and we expect that we’re going to spend the next two or three years in the catch-up period and then it will plateau beyond that,” he said. “When you look at aircraft deliveries, there's lots of aircraft that were made in 2020 and 2021 that haven't been delivered, so there's a bit of a catch up there as well. But there's a feeling that the demand is going to come back – it already has in the US – and when it does, airlines are going to want aeroplanes.”

The backlog of potential maintenance projects was on the minds of many at MRO Europe. Sven Taubert, the head of corporate foresight and market intelligence at Lufthansa Technik, said “the backlog question is probably one of the hardest ones, especially in the engine part of the industry.”

“Airlines were pulling engines out of their aircraft and putting others on that still had some green time left,” Taubert told the Satair Knowledge Hub. “But the engines they pulled off were just stored, not sent to us. So the question is really, ‘Is that big wave coming? I would currently expect to see more [engine] retirements, so I don't expect to have this wave going above 100 percent compared to 2019. On specific parts, of course, there will be a little wave.”

Taubert said that while many industry prognosticators are adjusting their current forecasts by five to seven percent over predictions made at the height of the pandemic, he remains “a bit more cautious” given the industry’s workforce challenges, skyrocketing fuel prices and the uneven lifting of pandemic travel restrictions. He predicted that the MRO industry would return to 2019 levels by 2024 or 2025.

“I'm always happy if I'm wrong on these kinds of predictions, but we have to be realistic, especially on that very last 10 percent – coming from 90 percent of 2019 [levels] to 100 percent will be very hard because then the industry will go on the edge concerning resources,” Taubert said.

Taubert said he hoped the industry would maintain some of the collaborative spirit that carried it through the crisis.

“It's fascinating how airlines can work together when a snowstorm attacks an airport,” he said. “I think that [the pandemic] was quite similar. The industry is super flexible. We are always willing to talk to each other, even if there's competition between us.”

Taubert was hardly alone in pointing to ways that the industry may ultimately emerge stronger from the pandemic. His fellow participants in a panel discussion on the industry’s recovery prospects were able to find some silver linings among the dark corona clouds.

Inga Duglas, the CCO of Magnetic MRO, said the relationships between MROs and their customers were strengthened by their shared predicament.

“We had to be flexible from all sides. From one angle, we had the changes in the maintenance events happening. We also had the manpower [issues], where we tried to keep the working environment safe and that, of course, impacted the whole maintenance process,” Douglas said. “So flexibility was on both sides and I believe we managed well and at the end of the day, I believe we became stronger out of all of this.”

Fellow panellist Jim Bohlman, VP of Strategy at Boeing, said some silver linings included the industry’s ability to pivot to cargo operations, reduced costs and increased availability in the used serviceable materials (USM) market, and the development of more sophisticated ways of dialling traffic up and down through regional restrictions and testing protocols.

The industry’s dire challenges were discussed in great detail over the course of the three-day MRO Europe conference. But it was hard not to leave Amsterdam with the sense that the past 18 months, as difficult as they were, could have been even worse. And as was the case in the wake of previous crises like 9/11 and the Great Recession, there is a clear expectation that aviation will not only weather this storm but emerge from it having learned lessons that will serve it well in the future.