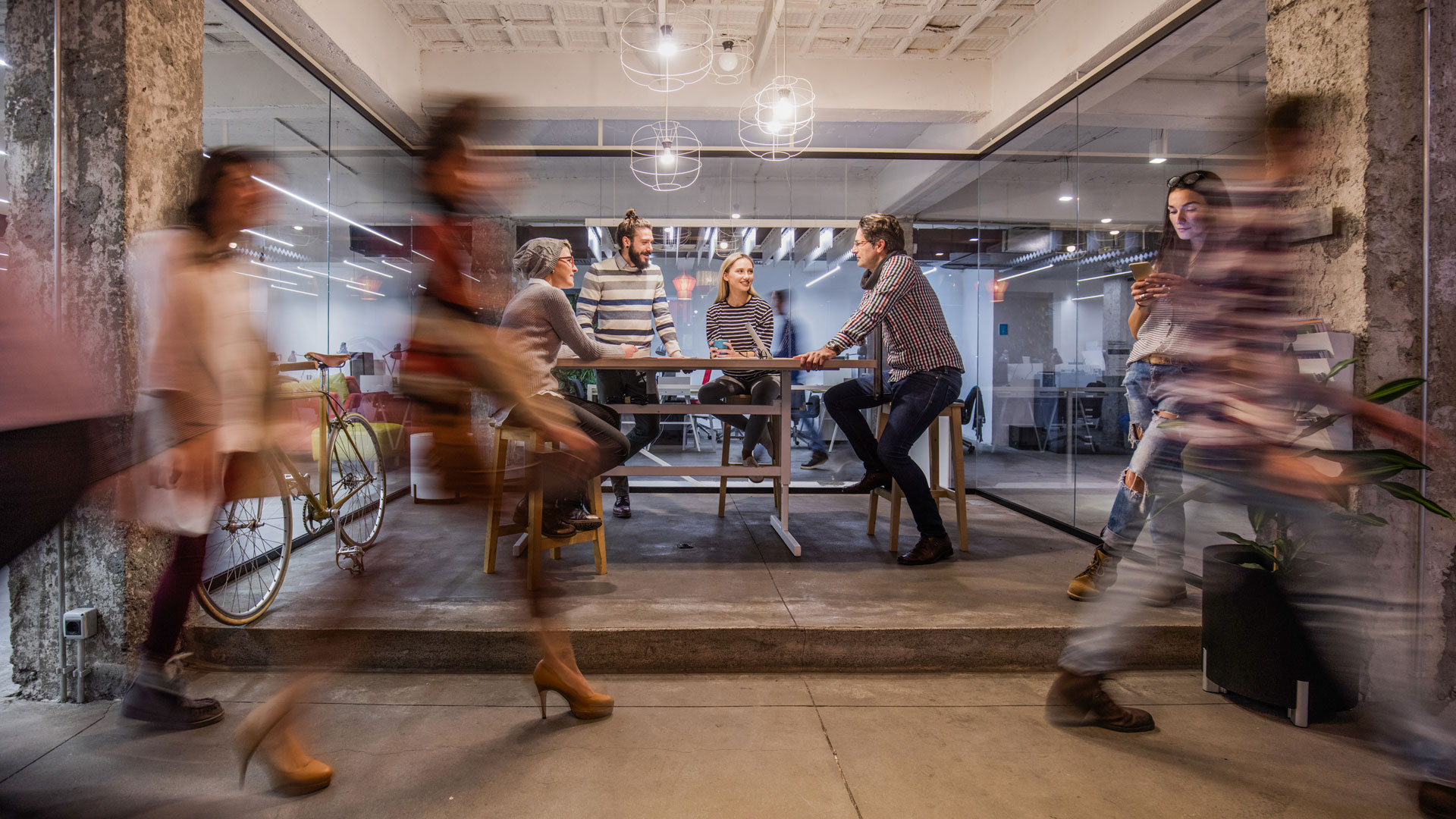 Can the aviation industry build a more sustainable future without the infusion of new companies, talents, and ideas?

The company works as an incubator and accelerator of sorts by introducing promising new aviation startups to aviation industry experts and outside venture capitalists. Thus far, six startups have completed the Sustainable Aero Lab programme and the company has identified nearly 40 others that it thinks will help usher in “the next generation of sustainable aviation”.

Opening up the ‘closed shop’

Despite being an unabashed fan of the aviation industry, Kaestner said it’s “a very closed shop” that is controlled by a handful of dominant players and prone to slow development cycles. He says the industry will have a hard time reaching its ambitious net-zero emissions goal without new startups that can speed up innovation and approach aviation emissions from new angles.

“It’s important that we invite new ideas and new players in and open up the discussion on how to decarbonise aviation,” Kaestner told the Knowledge Hub when we met with him at MRO Europe. “[Decarbonisation] is the big challenge of the upcoming generation, and aviation needs to find answers.”

While Kaestner believes in the promise of SAF, he said the industry’s assumption that it will be the primary method of achieving future emission cuts is a risky gamble. The roadmap to net-zero emissions laid out by the International Air Transport Association (IATA) in October 2021, for example, forecasts that SAF will account for the bulk of future emissions cuts.

“Placing only 13 percent of this reduction on new technologies while saying 65 percent – or two-thirds – is reserved for sustainable aviation fuels is kind of shoving the problem to the desk of the oil and gas industry,” he said. “It would be a mistake to just bet on one technology.”

He said that one of the most overlooked solutions is what he calls “aviation’s digital backbone”, or software that can usher in significant emissions cuts.

“When talking about sustainable aviation, the hardware gets a lot of traction, especially the sexy new segments like urban air mobility,” Kaestner said. “But we think there's great potential in software.”

Among the software solutions that he sees as having the most potential to reduce emissions are AI programmes that can do efficient real-time slot management. This would keep aircraft from burning unnecessary fuel while circling in the air until a landing spot is free or idling their engines on the ground as they wait to line up for the runway. Software can also help reduce emissions by ensuring that airlines always utilise the most direct routes when flying between airports.

“A lot of money and emissions can be saved. Software is a segment that doesn’t get a lot of attention but there is great potential there to make aviation more sustainable,” Kaestner said.

RELATED ARTICLE:
Do these startups hold the key to carbon-neutral aviation?

Kaestner stressed that it’s not about pitting potential solutions against each other, but rather pursuing numerous options concurrently. Just as importantly, he said, is bringing in new ideas and new capital. And with venture capitalists increasingly investing in zero-emission technologies, he said that aviation startups are starting to attract new attention from investors.

“Aviation traditionally has a hard time with venture capitalists, because it's an industry that is very much hardware-driven and has long development cycles. We think this is changing as new aviation startups emerge. We expect a lot more focus from [investors] in the coming years,” he said.

He pointed to the success of Airflow, one of Sustainable Aero Lab’s first cohort of graduates. The US-based startup has already generated over $600 million in orders for its electric Short Take-Off and Landing (eSTOL) aircraft that are expected to first enter service in 2025. Another graduate, Mobius.Energy, has secured $50 million in investments for its electric aircraft batteries.

Kaestner said that investor interest in aviation startups is likely to grow as new technologies and ideas push the industry toward its net-zero emissions targets.

“We think that we've come to an age now where technological innovation will be driven by the sustainability aspect,” he said. “We really haven't figured out a solution yet because it's so complex. We need new ideas and we need new people to join the existing players in order to find solutions to the challenges we have.”

As we have previously reported, we agree completely with Kaestner’s assertion that cutting aviation’s emissions will require an all-of-the-above approach. The path to net-zero will have to include taking risks, including some that may not pan out. This will require an infusion of fresh, bold ideas from new players and, just as importantly, an influx of cash from investors who are willing to bet on those ideas. The aviation industry’s established players shouldn’t feel threatened by new startups; they should welcome them with open arms.