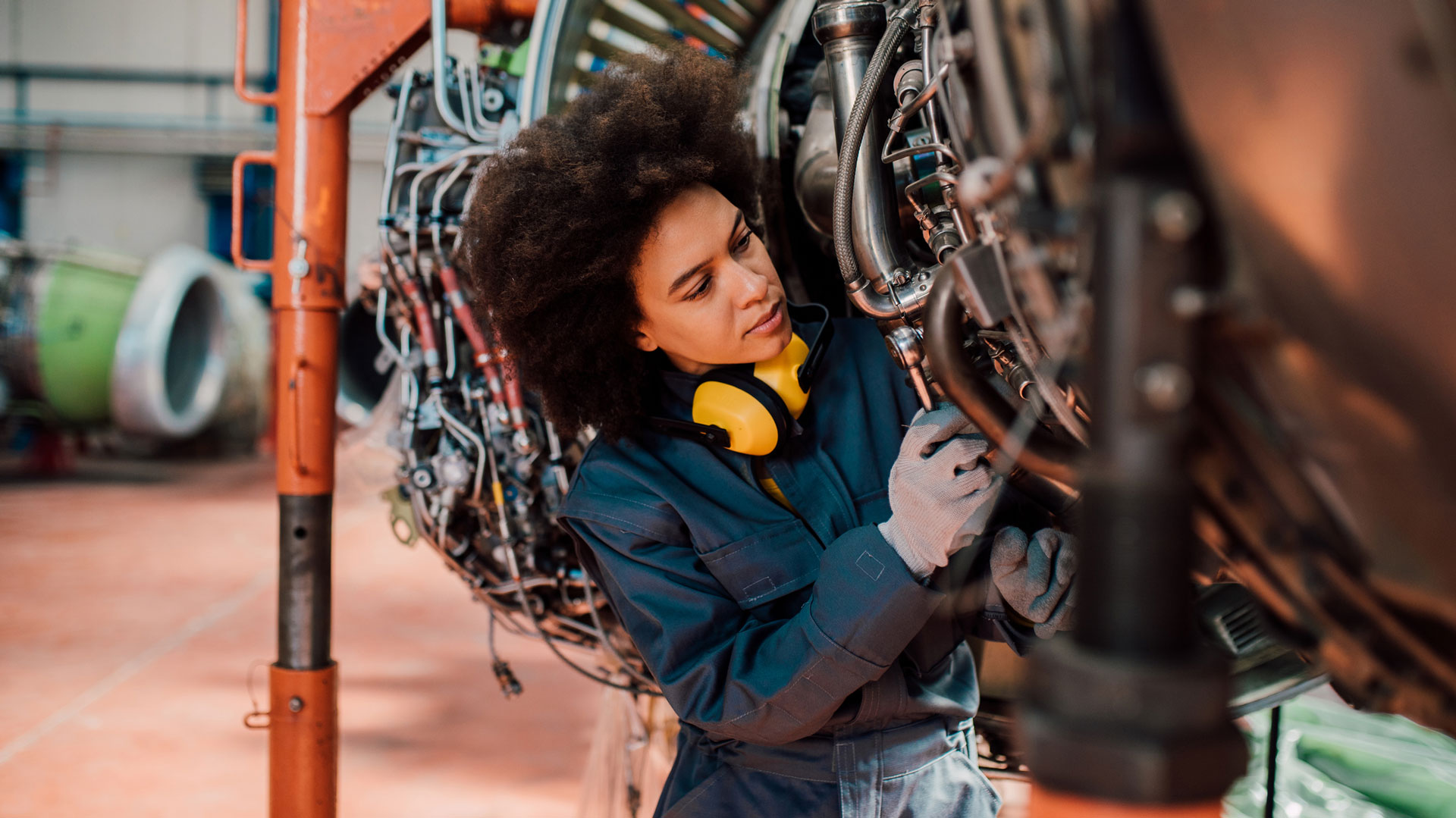 ‘A lot of youth don't understand our industry’: Report highlights need for recruitment

A recent report on the number of new certified aircraft mechanics in the United States has reignited concerns of a looming labour shortage. Industry leaders say a more proactive approach to recruitment is needed.
The 2021 Pipeline Report from the Aviation Technician Education Council (ATEC) warned that there has been “a devastating drop” in the number of newly-certified airframe and powerplant (A&P) mechanics in the United States since the outset of the COVID-19 pandemic.

The report, released in late October, said that just 5,205 individuals in the US received a mechanic certification from the Federal Aviation Administration (FAA) in 2020. That’s a 30 percent decrease from the previous year and the lowest annual number since at least 2000.

"The entire commercial aviation industry was brought to its knees in 2020, and the mechanic pipeline was no different," said Crystal Maguire, ATEC Executive Director.

The report authors said that the steep drop in certifications could be seen as “an anomaly” and that pandemic-related delays to certification exams could be at least partially responsible for the decline. If that’s the case, ATEC said “numbers could potentially balloon in 2021” once all of those delayed certifications are carried out.

Despite the significant decrease in the number of new mechanics, there were some bright spots within the ATEC report. Overall enrollments at aviation maintenance technician schools (AMTS) grew by 5 percent and there were also some improvements in diversity. Some 11 percent of recent A&P graduates are women, a marked increase over female mechanics’ current workforce representation of just 2.6 percent. ATEC also reported that 40 percent of graduates “represent a racial or ethnic minority”.

Those numbers are likely to be encouraging signs for International Aero Engines President Earl Exum, who recently told the Knowledge Hub that recruiting a more diverse workforce isn’t just a necessity, but something that will truly benefit aviation companies.

“Studies show that if you have more women, more people of colour, more diversity in general, your company is going to perform better,” Exum told us on the sidelines of the MRO Europe conference in Amsterdam.

Exum would know. He serves on the Board of Advisors for Howard University in Washington, DC, one of the top Historically Black Colleges and Universities in the United States. He speaks to students about potential careers in aviation at least twice a year and said he sees it as his mission to make young people aware of the opportunities within the field.

“A lot of youth don't understand our industry,” he said. “They really don't understand the global nature of it. I think that once they start learning about the innovation and the technology and the excitement that's in the industry, they get attracted.”

But Exum cautions that it won’t happen on its own. He said aviation companies need to be more proactive about recruiting new talent. Leaders should cultivate relationships with local universities and secondary schools to put the industry on the radar of young people. And he stressed that it needs to be done on an ongoing basis.

“You can't just show up to the recruiting source – the school, the technical certification programme, the university – when you need people,” Exum said. “You need to be there before you need people, developing the relationships and making sure you're encouraging people to enter the industry in order to get the best talent.”

Exum said that despite the COVID-related job losses, he doesn’t think the industry is “in crisis mode” just yet.

Although both Exum’s focus and the ATEC report pertain to the situation in the US market, the difficulty in attracting new talent to replace an ageing workforce is a global issue.

It’s been estimated that the industry will need at least 600,000 new technicians over the next decade. But after the COVID-19 crisis led many cash-strapped airlines to cut costs by offering senior mechanics and technicians buyouts to retire early, what was once a future worry is now an urgent reality.

When the Satair Knowledge Hub spoke to labour leaders earlier this year, they pointed to several reasons why aviation is having a hard time attracting new workers, including increased competition for young talent from industries like the energy sector and others, the around-the-clock nature of the job, and a seniority system that sticks new workers with lower wages and worse hours than their senior counterparts. Like Exum, they said that the best way to address the problem is to more aggressively and effectively recruit the younger generation.

Talent is out there. But the aviation industry has to compete with other sectors to attract skilled workers. According to ATEC, roughly 20 percent of newly-educated A&P graduates in the US take jobs outside of aviation.

“Technical skills, especially for hourly-type work, are getting harder and harder to find,” Exum said. “You have to make sure people understand the aviation industry and how exciting it is. It's not for everyone, but a lot of people enter this industry and they want to stay. The key is that we have to find those people.”

In pointing to the increase in AMTS enrolments, Maguire said that there are some “encouraging signs” to be found in the ATEC Pipeline Report. And knowing that industry leaders like Exum are out actively recruiting the next generation of mechanics and maintenance workers also elicits a certain sense of optimism.

But if the 2020 numbers are not the “anomaly” that ATEC report authors hope they were, but rather a sign that recruitment is going the wrong way, the industry simply must find more creative and aggressive ways of attracting young talent and it must start today.

Top 10 opportunities for the aviation industry

Top 10 risks to the aviation industry