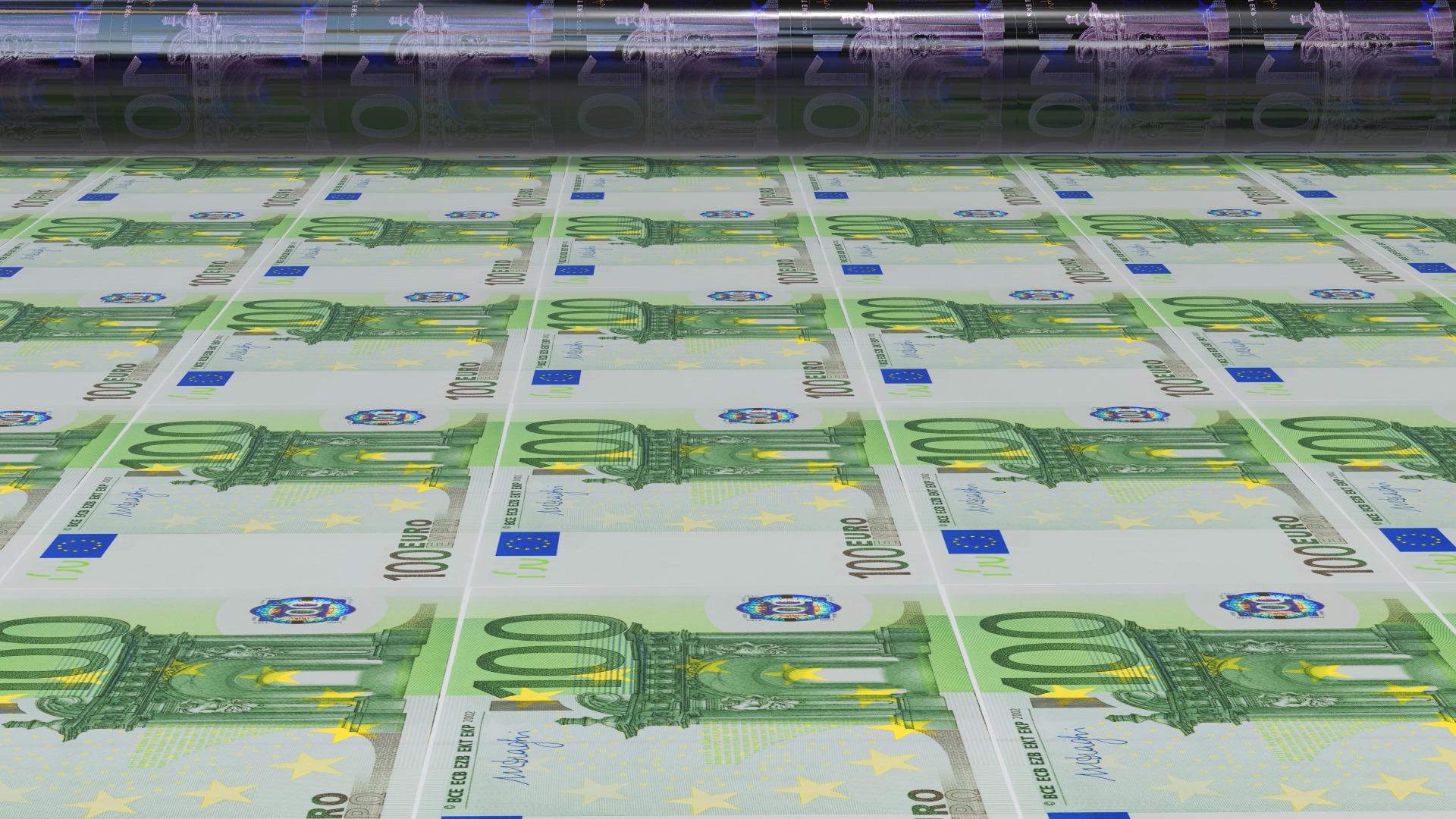 Critics of the aviation rescue packages argue that the government aid was ineffective, poorly targeted and should have come with ‘green strings’ attached.

How did fewer airlines file for bankruptcy in pandemic-ravaged 2020 than in either of the two previous years? In short: bailouts.

Large influxes of government aid – and the private investments those taxpayer-supported funds spurred – kept planes flying, maintenance projects running, and thousands of workers employed even during the darkest months of the COVID-19 pandemic.

But despite helping the aviation industry survive its worst year ever, government aid packages have been highly controversial. Having also explored the arguments in favour of the bailouts, this article looks at some of the criticisms levelled against them.

RELATED ARTICLE:
How bailouts saved airlines, jobs and the aftermarket

“Inefficient use of taxpayer money”

One argument against the bailouts is that they simply won’t provide the greater economic boost that the industry claims they will.

When 231 economists in 53 countries were asked about 25 different stimulus policies, airline bailouts were seen as the least effective in spurring long-term economic growth. The report’s authors contend that “airline bailouts are an inefficient use of taxpayer money at a time when fiscal recovery (stimulus) spending is sorely needed.”

Many investors don’t think the bailouts will work either – or at least not in their current form. In a May capital markets report from global fiduciary firm Ocorian, three-fourths of respondents said that national airlines will likely need additional bailouts over the next 12 months, while two-thirds expected more airlines to enter liquidation even after receiving government support.

Another frequent criticism of the bailouts – in both mainstream and industry media alike – is that the taxpayer funding will be a bigger boon to shareholders and executives than rank-and-file employees. 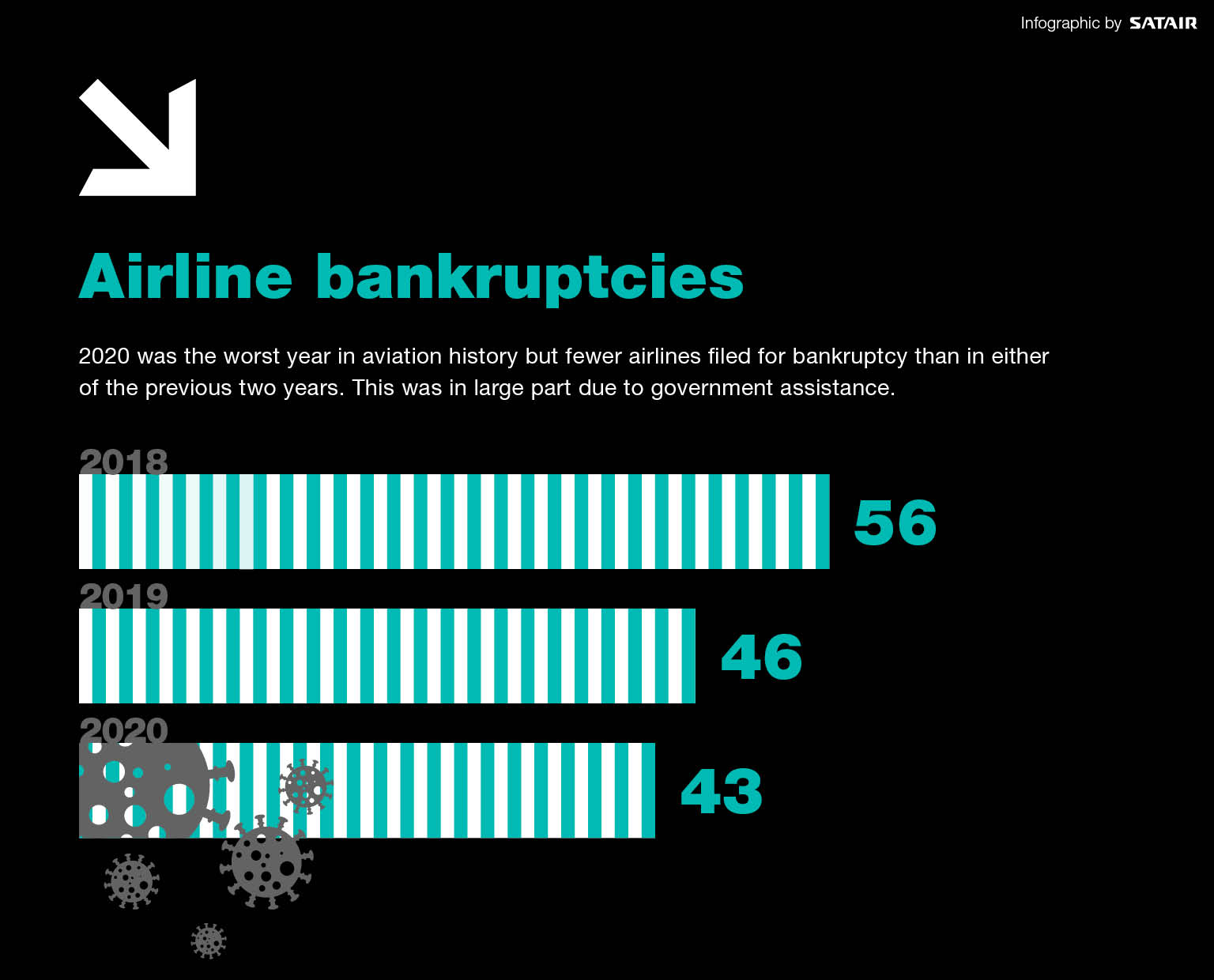 Would bankruptcies have been better?

Some economists and analysts have also argued that airlines that couldn’t survive the crisis on their own should have simply declared bankruptcy. After all, many of them have done it before.

“Past bankruptcies [...] show that airlines can continue flying safely even during bankruptcy, so declaring bankruptcy poses no systemic risk to the economy,” Veronique de Rugy and Gary Leff of the Mercatus Center wrote. “If an individual airline were to shrink in bankruptcy, that would benefit the industry as a whole, allowing other airlines to recover more quickly.”

Even some supporters of the bailouts acknowledge that struggling airlines should have been allowed to fail. Richard Brown, the managing director of aerospace consultancy Naveo, for example, said that airlines that were not making profits before the pandemic perhaps should have been left to fend for themselves.

“Some of the airlines that were losing money before COVID benefited from government bailouts, [which] might be perceived as throwing good money after bad and merely prolonging the inevitable restructuring,” Brown told the Satair Knowledge Hub. “Some airlines have lost so much money that their presence merely reduces the yields and profitability of other carriers. From a purely economic standpoint, it might be better to have allowed those carriers to fail, but politics always plays a role.”

RELATED ARTICLE:
Industry analyst: "Saving airlines was the right thing to do"

Within the industry, there have been allegations that bailouts recipients have been given an unfair competitive advantage. This is particularly true in Europe, where the support doled out by national governments has thus far totalled €38 billion ($45bln), with another €4 billion still under discussion. According to Transport & Environment’s bailout tracker, the largest single recipients of aid have been Air France (€8 billion) and Lufthansa (€6.8 billion).

RyanAir, which itself accepted a £600 million ($820 million) loan from the Bank of England as part of the UK’s Covid Corporate Financing Facility (CCFF), has been particularly critical of the government support received by its competitors. The low-cost airline has filed more than two dozen legal challenges arguing that the bailouts are in breach of EU state aid rules. It has had mixed results in the courts thus far, winning cases over aid given to KLM and TAP, but losing in cases involving SAS and Finnair. Several legal challenges are still pending.

“If Europe is to emerge from this crisis with a functioning single market, airlines must be allowed to compete on a level playing field,” an airline statement to one legal defeat read. “Subsidies [...] encourage inefficiency and will harm consumers for decades to come.”

EasyJet CEO Johan Lundgren has been similarly critical, saying that the “unevenly distributed” state aid packages “risk distorting the market”. In an August 2021 interview with Simple Flying, Lundgren expressed doubts that airlines would be able to repay government loans.

“There’s no historical evidence that the financial performance of these airlines … can ever repay this,” he said. “Will it be the case that one sunny day, when we look the other way, some of these debts will be written off because the governments are also owners of these airlines?”

Like RyanAir, easyJet also secured a £600 million ($820 million) loan as part of the CCFF scheme.

A missed opportunity for the climate

Governments have also been criticised for not insisting that any taxpayer-funded assistance be dependent on airlines making certain sustainability commitments. While some aid packages – like those given to Air France, KLM and Austrian Airlines – did include some climate conditions, most did not. There were no so-called “green strings” attached to the US or Asian bailouts, and even the aforementioned European exceptions were deemed “insufficient to meaningfully reduce emissions” in an analysis by Transport & Environment.

Environmental groups and other critics allege that failing to tie government assistance to significant emissions reductions was a missed opportunity.

For Naveo’s Richard Brown, some of the criticisms levelled at the bailouts don’t seem entirely fair.

“I see the criticism of aviation bailouts as being voiced by the same group of environmentalists who are determined to reduce aviation growth,” he said. “Aviation is trying to find a way to grow sustainably – through sustainable fuels, electric technology, hydrogen, etc. But will the environmental lobby pivot to allowing sustainable expansion rather than wanting to stop it and reduce it?”

As this month’s articles have attempted to demonstrate, there are many arguments for and against the aviation industry’s COVID-19 bailouts. Whenever there is so much taxpayer money involved, controversy and strong opinions are bound to follow.

But one thing that both sides seem to agree on is that without the bailouts, many airlines would not have made it through the crisis. Proponents and critics alike should also be able to agree that the government aid packages didn’t just save airlines. They were a lifeline for the entire aerospace industry.