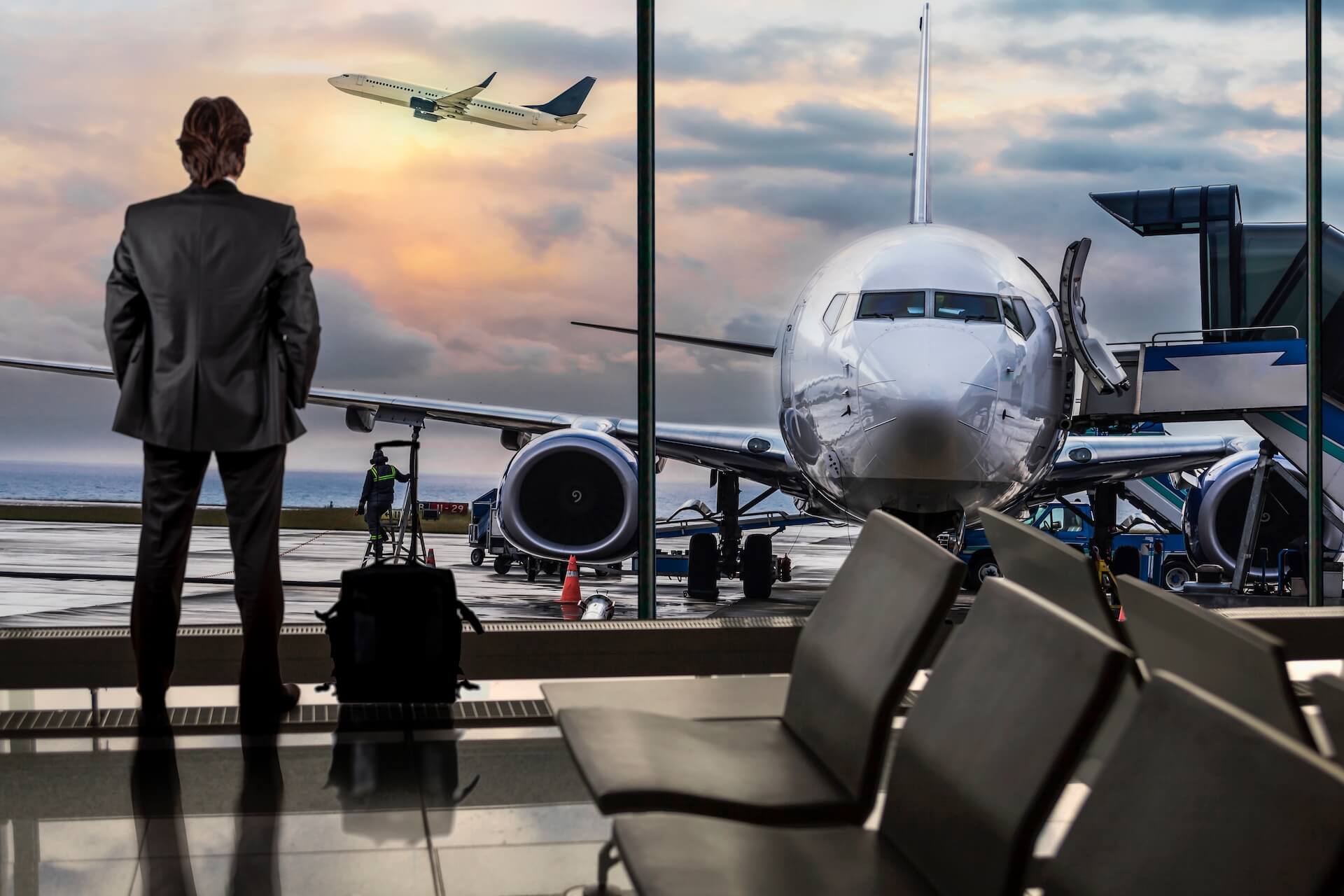 In a market hugely affected by the COVID-19 pandemic on top of shrinking ticket prices and increased competition, airlines have to look for new ways to operate efficiently – without compromising on customer experience. Learn how to use the lean principles practised by a Formula 1 pit crew to bring down your operational costs.

1.923 seconds. That’s how fast a group of up to 20 crew members can perform a pit stop in Formula 1. In the blink of an eye, quite literally, they can change four worn-down tires on a burning hot race car. How is this possible?

Absolute precision, teamwork and coordination is the key to success for the F1 crews. They utilise only the absolutely necessary processes and, as a result, the operation is extremely efficient.

In fact, with so many different processes taking place, any airline should be able to identify areas that can be significantly improved, in order to bring down time and costs. We'll take a closer look at some of operational cost reduction strategies for airlines below.

A lean approach to airline operations

According to a report from international management consulting firm, McKinsey & Company, “an airline that fully adopts lean techniques can cut its costs significantly while enhancing the experience of employees and customers by sharpening on-time performance, reducing wait times for guests, increasing the working availability of aircraft and ground assets, and helping employees to make the most productive use of their valuable time."

One of the problems commonly associated with creating a leaner operation is how and where to start. From maintenance to check-in procedures and contracts with suppliers of spare parts, there are many processes to consider and evaluate in your efforts to bring down airline operating costs. You probably already have an indication of which areas are performing poorly, and one way to begin is to start by looking into these.

For a more actionable approach, you can evaluate these 6 cost-cutting strategies that McKinsey & Company has identified. In the grand scheme of airline operations, some of them might seem like minor adjustments. Combined, however, they can have a significant impact on your costs

The ultimate aim of a lean operation is to eliminate surprises and make processes less variable. Suppose that seemingly unforeseen tasks in your processes are actually patterns that have yet to be investigated. Or that some of your, so-called, non-routine tasks, in reality, are or have become routine tasks that require certain spare parts you don’t have readily available.

»A standard airline A-check, for example, may include time for supposedly non-routine maintenance tasks. Yet, when one airline reviewed the maintenance tasks data on A320 checks, it found that 60 of those tasks turned out to be quite predictable and, therefore, essentially routine. The rise of advanced analytics and artificial intelligence has increased the ability to detect patterns and make such predictions,« McKinsey & Company concludes.

When going through the maintenance data, another airline found that certain task cards for mechanics added an extra, unnecessary string of processes.

»Suppose data suggested that when mechanics complete task cards, directing them to “inspect gasket for gap-seal tolerances,” they find that the gasket is out of tolerance limits more than half of the time. The instructions on the task card should be changed to “inspect and replace gasket unless the gap seal is within tolerances.” The improved procedure would ensure that mechanics had the proper parts, tools and paperwork from the start,« the authors of the report write.

READ MORE ABOUT:
How predictive maintenance plays a key role on the road to a proactive supply chain.

A simple rewrite of the task card would, in this example, eliminate the time spent tracking down the necessary tools and parts needed to deal with the “surprise”. 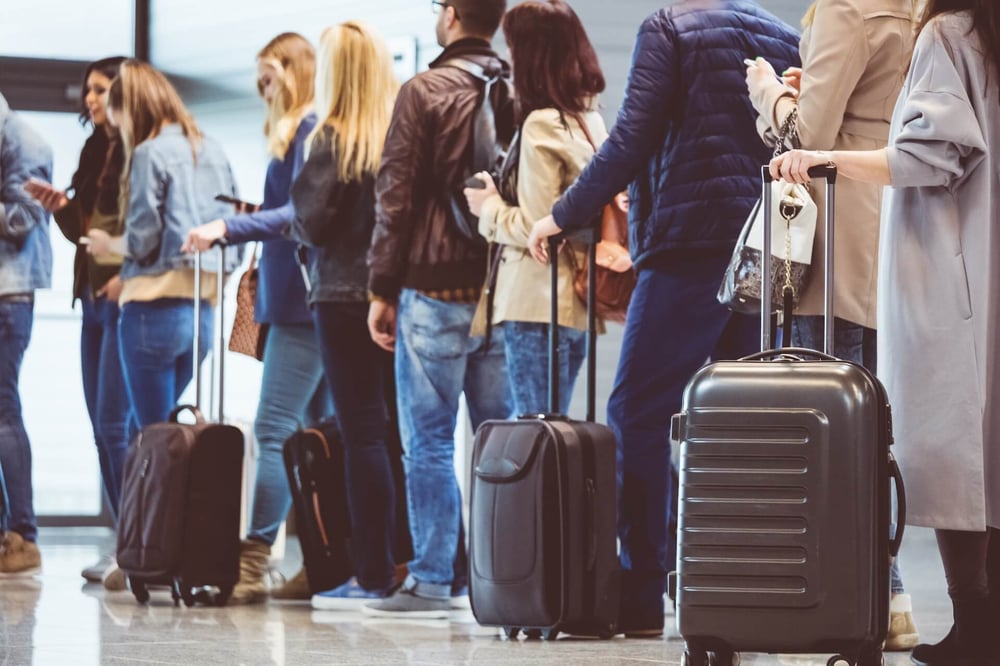 Airlines usually have to deal with a long list of suppliers, and it can be time consuming to negotiate and communicate with each of them. That’s why your cost-cutting efforts shouldn’t just focus on your internal processes but also your external ones.

For many airlines, the natural approach to optimising external processes is to squeeze the suppliers’ profit margins as much as possible. However, according to the report from McKinsey & Company, this is not the ideal approach and will never result in sustained cost reductions.

Instead, the report states, »truly lean airlines look for tangible moves to identify and remove waste across end-to-end processes.«

So what does this mean? It means that focussing merely on the price per parts isn’t a viable cost-cutting strategy for airlines, in the long run. Rather, airlines should be evaluating the total cost of ownership associated with goods from suppliers and external processes.

SHOULD YOU USE VENDOR MANAGED INVENTORY?:
Here are the pros and cons.

Suppose an airline deals with 50 suppliers to cover their material needs. All of these suppliers have different locations and pick-up points, different terms and different contact persons. The many contact points increase the workload of the whole organisation and increase the risk of mistakes, which will ultimately cost a whole lot more than the cost savings associated with squeezing the suppliers’ profit margins.

Thus, a more profitable approach is to minimise the number of contact points an airline has to deal with. Having one single point of contact will dramatically reduce the number of external processes and create a more lean operation.

An even leaner approach is to outsource all material handling to a full-service provider like Satair. Essentially, this would mean, all processes associated with material management, such as inventory management and logistics could be automated and optimised by material management experts, on an ongoing basis.

Flight delays are a nightmare for both passengers and airlines. Some would argue that delays are an inevitable part of the business, which is partly true, as some factors (such as weather) are simply out of the airline’s hands.

There are, however, many other causes for a delay that airlines can influence – one of which is the servicing, or turnaround, of an aircraft. This term refers to the process of converting an inbound aircraft, or an aircraft in maintenance, into an outbound flight.

For many airlines, it’s standard procedure to only service aircraft at the departure gate. There wouldn’t be anything wrong with this approach if the turnaround of an incoming aircraft could be done immediately at the gate.

With overwhelmed terminals across the world, though, this is rarely an option. As a result, aircrafts due for a turnaround are often towed away to a remote station while waiting for an open departure gate.

This is likely to cause delays and unsatisfied customers, as the servicing of the aircraft can’t commence until a departure gate is available for the aircraft. McKinsey & Company argues that a leaner approach would be to perform some of the service tasks at the remote station:

»Lean airlines break the process into pieces: performing general tasks (such as grooming the cabin and servicing the fresh- and wastewater tanks) at the remote stand and flight-specific tasks (such as loading catering supplies) at the gate,« the report concludes.

Lowering your operational costs is about minimising unnecessary processes and having a flight attendant count passengers is, indeed, just that. It adds several minutes to the turnaround of an aircraft.

Eliminating this simple process can save airlines hours upon hours of extra time throughout a year. Getting past the gate queue without having your passport scanned is, after all, a very difficult task.

If you insist on counting passengers, then attendants should always be counting empty seats, not the passengers themselves, which is surprisingly not always the case.

Check-in has, for many years, been an inevitable part of flying. However, the rise of new technologies has, in many ways, made the traditional check-in process redundant. Any airline should, according to the report from McKinsey & Company, ask themselves what having a check-in desk really brings?

»Several lean tools can improve the speed and reduce the variability of check-in. Nonetheless, it is the poster child for a process that adds no value for customers. If anything, it detracts value—who wants to stand in line instead of relaxing in the lounge or a shop? Besides, the process costs airlines money. For people who do check in bags, dropping them off can be completed as a separate, lean process,« the authors of the report argue. This is perhaps the simplest of the six cost-cutting strategies but also one of the easiest to implement. Some airlines require cleaning crews to arrange seat belts in a certain way. Although it does make the cabin look neat, it’s largely an unnecessary activity.

Here’s why: the neatness of the cabin comes at a price that far exceeds the potential benefit this activity would bring to the airline’s image.

»At perhaps two seconds a belt, an airline with a fleet of 100 aircraft can expect to spend quite a lot of money on this routine. Only the first few people boarding aircraft observe the neatness your product team admires – and only if they are really tall. The rest of the passengers see the heads of the people who have boarded before them,« states McKinsey & Company.

As each passenger has to spend a few more seconds unbuckling the belts before they can sit down, the boarding process is also negatively affected by this routine, which could ultimately result in delays.

READ ALONG:
A record number of aircraft are set to retire in the next decade. Find out how to prepare for the traceability challenges associated with the increase in retirements

Three lean principles you can add to your operations

Make sure that everyone involved in your operations knows exactly how to handle common scenarios as well as potentially unforeseen situations. In, for example, AOG-situations, multiple teams have to work together to get the aircraft off the ground, as soon as possible. It’s vital that everyone is working together and knows what to do, in which order.

Make sure that each team in the operation has the optimal prerequisites for success. Does the maintenance team, for instance, have access to the right tools and new technology that can make processes leaner? Something as simple as using a different staircase in a repair situation can cut hours off maintenance times throughout a whole year. Having spare parts available or knowing exactly where to source a part, if needed, also falls into this category.

In this context “waste” is classified as anything that doesn’t add real value to the end customer. To bring back the example of the F1 pit crews: in the 1960’s it took more than 60 seconds for the crews to change the four tires and refuel. Small adjustments, along the way, have resulted in a big change in efficiency. The same thing goes for airline operations – in combination, slight improvements such as minimizing the number of suppliers you have to deal with can result in big changes.