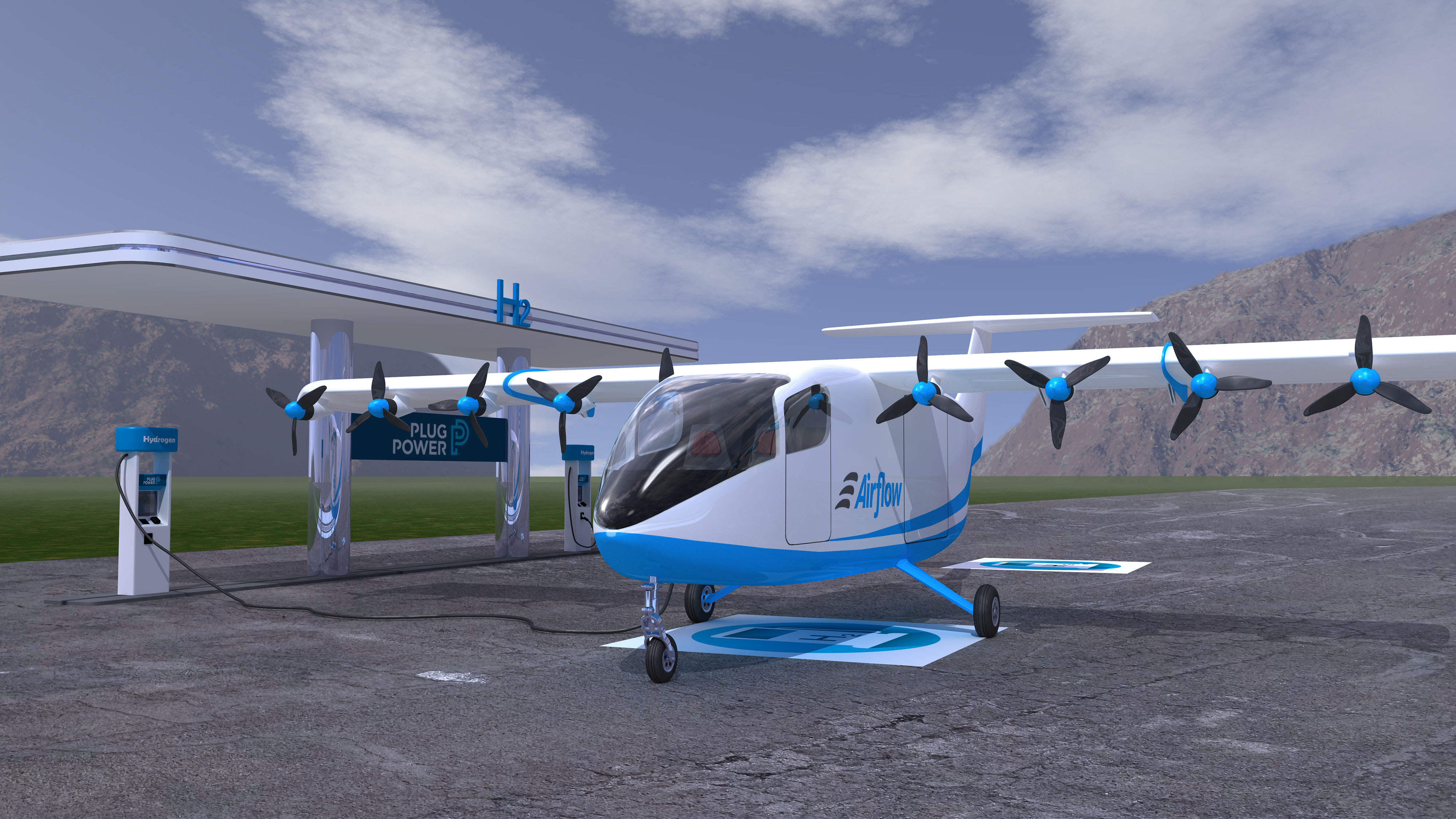 The best ideas for how to decarbonize aviation might not come from the industry’s dominant players. We take a look at six sustainable aviation startups hoping to shape the industry’s carbon-neutral future.

The biggest names in the aviation industry are pursuing a variety of ways to reduce emissions. The two major OEMs, Boeing and Airbus, have vowed to deliver aircraft that will run on sustainable aviation fuel (SAF) or hydrogen, respectively. The world’s four largest engine manufacturers are developing alternatives to today’s jet fuel-powered turbines. And commercial airlines have pledged to get to net-zero emissions through a combination of SAF, carbon offsets and even ambitious technologies like carbon capture.

But even as the industry’s established players move full-speed ahead on their various strategies, it’s entirely possible that young entrepreneurs tinkering around in a garage somewhere may end up cracking the code for rapidly and efficiently reducing aviation emissions.

At the Hamburg-based incubator Sustainable Aero Lab, co-founder Lukas Kaestner believes that the best way for the aviation industry to achieve its net-zero emissions goals is to welcome new startups that can bring fresh ideas to the industry.

“I’m pretty confident that we will have a zero-emission industry some decades from now, but it doesn't necessarily have to be the same players that we see on the market today,” Kaestner told the Satair Knowledge Hub. “We need to become a little more daring in terms of trying new stuff out, being more open, being more creative and letting more diverse players in.”

Established in 2021, Sustainable Aero Lab has already had six startups complete its programme, in which they are partnered with investors, seasoned entrepreneurs, and aviation experts. Kaestner said that the diversity of ideas exemplified by the first cohort of graduates demonstrates the industry’s need to adopt an all-of-the-above approach to climate-neutral aviation.

Here’s a look at the first six startups to complete the programme. 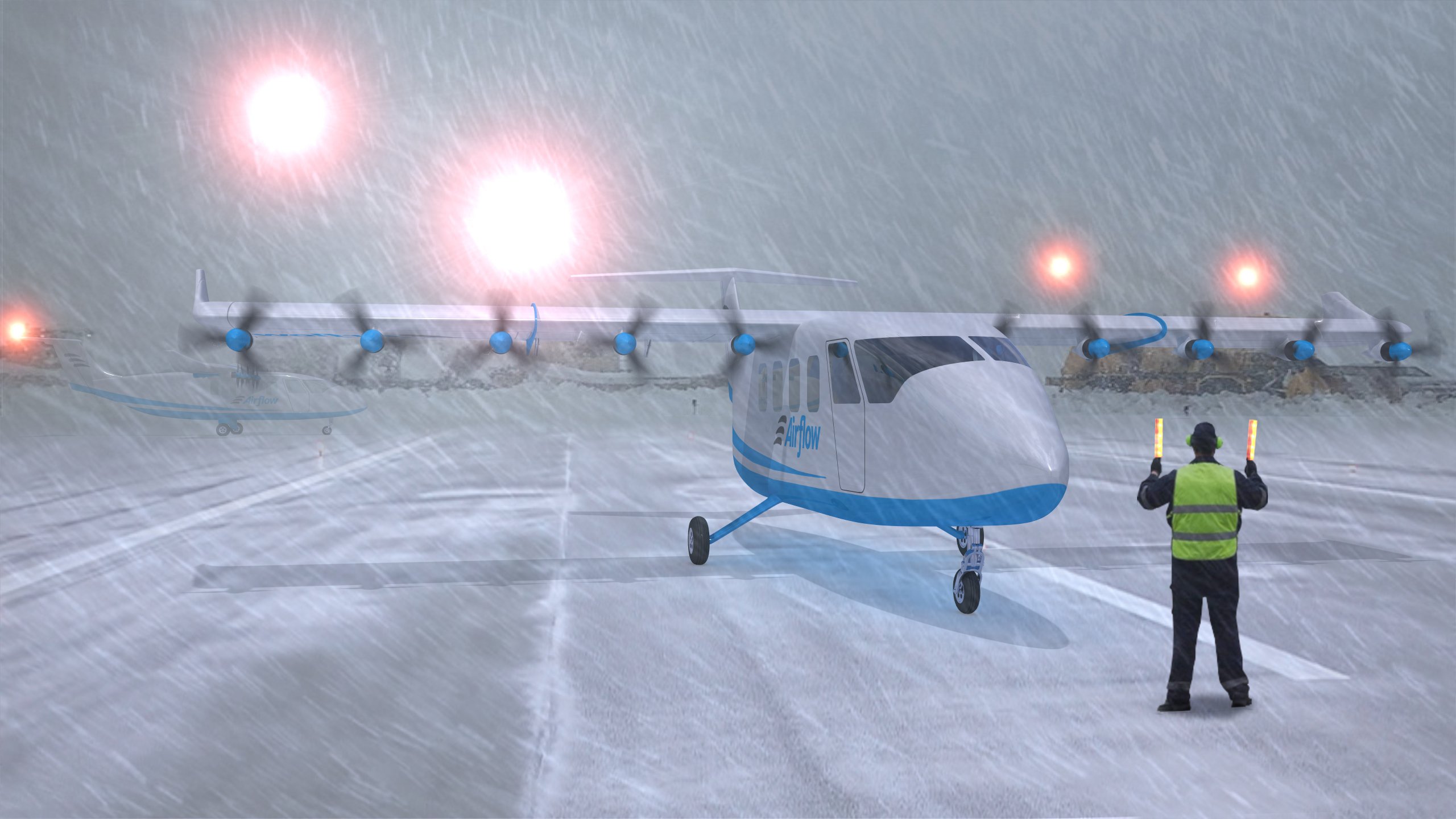 The US-based Airflow is developing electric short take-off and landing (eSTOL) aircraft for both passengers and cargo. The company says it can help cargo and passenger airlines electrify their fleets for short-range flights without the need for new infrastructure. Airflow’s aircraft are designed to operate on various types of electrical propulsion, including fully-electric, hybrid electric and hydrogen-electric.

The company says it will usher in “a new renaissance in regional air mobility” when its 9-passenger or 2,000-pound (900kg) cargo Model 200 enters into service in 2025.

Airflow says that its 100 percent carbon-neutral aircraft can save an estimated 1.2 gigatons of carbon dioxide annually by 2050.

According to Kaestner, Airflow has quickly become “one of the bigger names in the aviation start-up ecosystem” and the company reports that it has received letters of interest from over ten operators to the tune of $600 million.

The Dutch startup Fusion Engineering makes flight controllers for commercial drones. Its first generation flight controller, the Fusion Reflex, provides more stability than the current industry standard and has been designed to provide drone operators with improved reliability and flexibility.

As delivery drones grow in popularity, electrical vertical take-off and landing (eVTOL) vehicles will start to play a larger role in the logistics industry. These drones have the potential to create a more sustainable future than the current system that relies heavily on delivery trucks and jet fuel-powered aircraft. But this will only become a reality if drones can be relied upon to safely and reliably perform their autonomous operations.

Fusion Engineering says that its flight control systems can help ensure more accurate positioning and enable the next generation of drone solutions. In its home country of the Netherlands, the company is developing a drone that can perform maintenance on wind turbine blades, and it has also entered into proof of concept agreements with commercial drone manufacturers in Norway, Spain and Switzerland.

German startup HeronFan is developing a new type of engine for smaller applications like drones and small jets. The company says that its engine is based on the same thermodynamic principles as a traditional turbofan engine. But by integrating the turbine function into the fan, the Heron Fan is much lighter and simpler than a traditional turbofan.

The company says that the lower weight of its engines will result in lower emissions and lower manufacturing and maintenance costs for operators. The engine will also be able to run on both hydrogen and SAF. The company says its HeronFan “is the perfect engine” for the air taxis and logistics drones that many predict will be filling the skies in the near future.

According to Sustainable Aero Lab, HeronFan has developed a prototype engine and is now in the pre-seed stage.

Mobius.Energy has developed a battery module that has been optimized for electric aircraft. The California startup plans to deliver its modules through a subscription model that includes maintenance and salvage services as a way to create a sustainable circular economy for the electric aircraft sector.

The Mobius modules are lightweight, energy-dense and fast-charging and have been developed to provide electric aircraft with the power boost needed during take-off and landing. The modules are designed to work with electric aircraft of all types, including hybrid electric, eSTOL, and eVTOL.

Mobius has secured a $50 million commitment from the Luxembourg-based investment group GEM. According to a press release announcing the commitment, Mobius will spend 2022 working on achieving aviation certification for its battery modules and will then scale up production in 2023.

Another California company, Moonware, is a good example of what Sustainable Aero Lab views as the enormous emissions-saving potential in what it calls “aviation’s digital backbone” – i.e. software-based solutions.

Moonware is developing software systems and autonomous vehicles that can help optimize operations at existing airports – which the company calls “antiquated, uncoordinated and inefficient” – as well as the vertiports of the future.

Its fleet and ground support equipment (GSE) management system will allow for smoother airside operations at commercial airports by providing a real-time picture of where aircraft, GSE and personnel are at any given time and automating the scheduling, dispatching and routing of GSE. The company says this will eliminate excessive fuel burn during the taxi-out and tax-in phases and reduce overall aircraft fuel consumption.

At urban air mobility (UAM) vertiports, Moonware’s autonomous towing vehicles will reduce energy consumption by dragging aircraft to and from the takeoff position.

Sustainable Aero Lab reports that Moonware has a trial agreement with a major airline and is in various stages of talks with a number of UAM companies.

The Irish company Shift Aviation is another startup focused on improving “aviation’s digital backbone”. It has developed a predictive management system for air traffic that can negotiate arrival slots between airports and airlines.

The system can significantly shorten flight times and would make arrivals more predictable. By shortening the length of flights, Shift Aviation would also help airlines reduce their fuel waste and cut their carbon emissions. The software, which would support and complement existing solutions, secures airlines what Shift calls a ‘SMART Slot’ that would clear it for landing without having to enter into a holding pattern.

Shift Aviation says that eliminating unnecessary holding patterns can reduce CO2 emissions by as much as 35 percent during the approach stage.

The company reports receiving strong interest from potential customers in Asia and hopes to deploy its SMART Slot system in the first quarter of 2022.