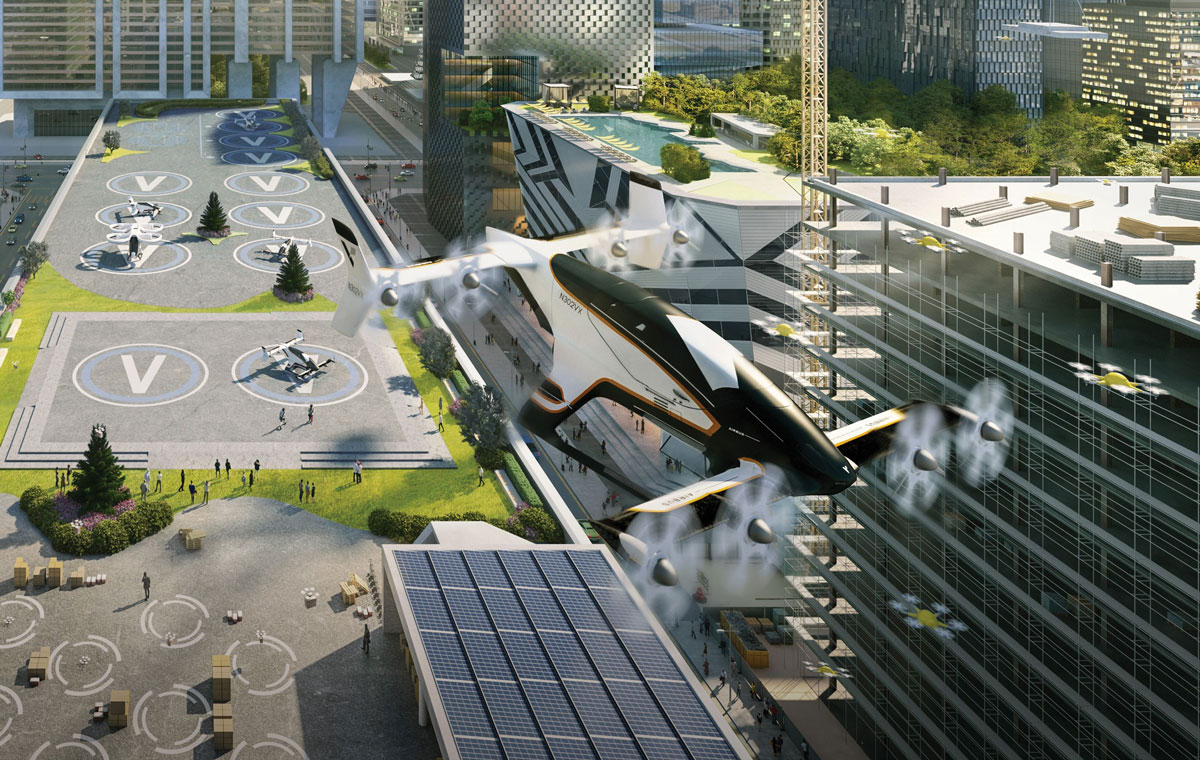 As the world’s metropolises look towards passenger drones as a promising alternative to the traffic congestion on the streets, new opportunities and challenges are shaping an entire industry from scratch. But just how far is urban air mobility (UAM) as of today?

The elusive concept of passenger drones has occupied the minds of sci-fi writers and futurists for decades – now, it seems, many will live to see their vision of urban air travel become a reality.

READ ALONG:
The Internet of Things promises to bring about huge efficiencies – but when can the industry expect tangible results?

What has long been a dream of many is being made possible by the few, as a small group of innovative companies and cities move into this uncharted territory, determined to set a new course for urban transportation. And what an exciting one it is.

A new study by Roland Berger predicts that by 2025 roughly 3.000 passenger drones will be a part of the urban mobility mix. In the following years, the market is expected to grow significantly, resulting in upwards of 100.000 passenger drones on the move in various cities by 2050.

MARKET OUTLOOK:
How will the aviation industry evolve?

The study, titled “Urban Air Mobility – the rise of a new mode of transportation”, shows that that passenger drone services could provide an attractive solution for areas in which traffic congestion has become so severe that it’s affecting economic growth. The scourge of traffic did, for example, cost the U.S. alone a staggering $305 billion in 2017.

Advances in electric propulsion, autonomous flight technology, and 5G communication networks are driving the rise of passenger drones. These technologies are still being explored but they’re already forming the foundation of the urban air mobility industry.

READ MORE ABOUT:
How The power of the connected aircraft could save the industry billions

Five cities are determined to become the pioneers of urban air mobility; Dubai, Singapore, Dallas, Los Angeles, and Tokyo. And a series of top urban air mobility companies like Airbus, Intel, and Uber, are ready to fuel their dreams.

2018 was an eventful year in terms of urban air mobility, eVTOL vehicles (vertical take-off and landing) and electric passenger drones. At CES 2018, Intel and their partners presented their latest project, the Volocopter, by letting the fully electrical VTOL fly across the stage.

The latest model can fly for 30 minutes with a max range of 17 miles, and can be operated with or without a human pilot. Volocopter already has a permit to fly in Germany and it’s expected to be part of the commercial roll-out in Dubai in the early 2020s. Thus, he Volocopter is expected to be one of the first real examples of implementing urban air mobility in the world. 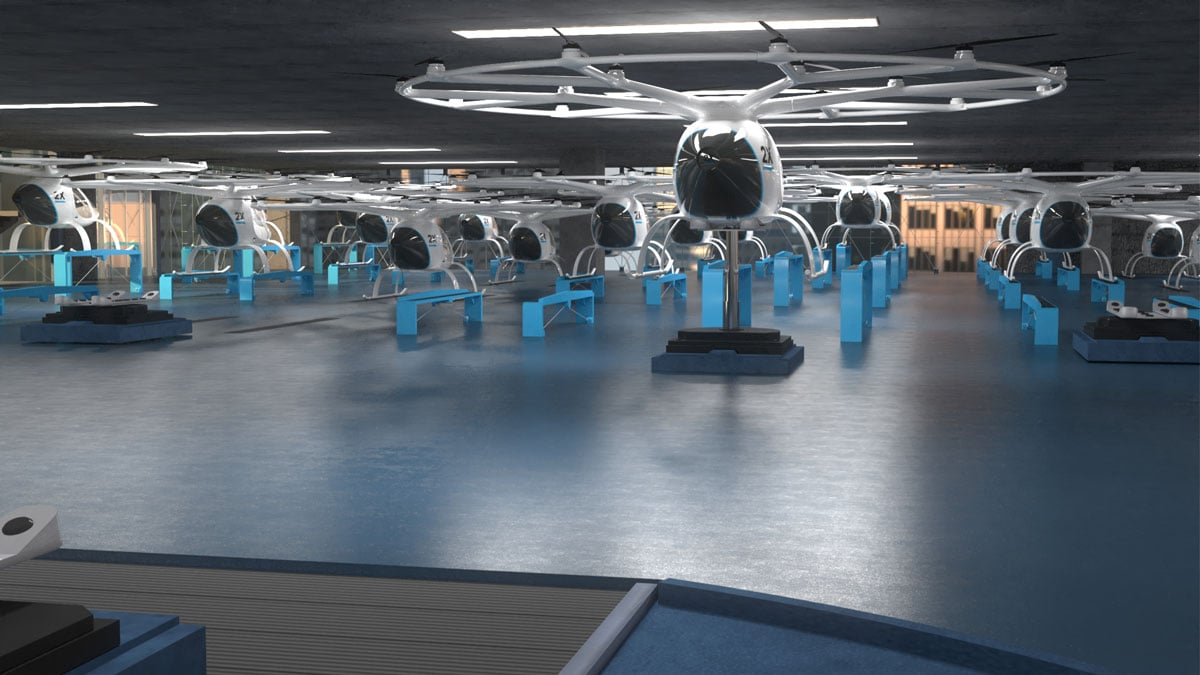 Airbus has, too, set its eyes on urban air mobility and is developing its own electric VTOL, the CityAirbus, which they plan to have operational by 2023. The electric passenger drone will be able to carry up to four passengers and will initially be pilot operated, before moving to full autonomous technology.

NASA and transportation network company Uber, is also working on making their eVTOL vehicle a reality. The official plan is for the eVTOL to be operational in 2020 and the companies are already working with officials in cities like Los Angeles, Dallas, and Dubai to find suitable landing and take-off locations.

Air taxis, airport shuttles and intercity flight services designed by innovators like the companies above, are expected to become a viable option for daily commuting by 2040, the study from Roland Berger concludes.

The respondents in the study, 60 participants from the emerging urban air mobility sector, broadly agree that the first commercial and profitable UAM route will open somewhere in the world by 2025, with Dubai being rated as most likely to host the first VTOL route.

Now, just six years away from the expected launch of the first commercial VTOL route, a series of technological, legal, and infrastructural barriers remain for the urban air mobility market to become a succes. 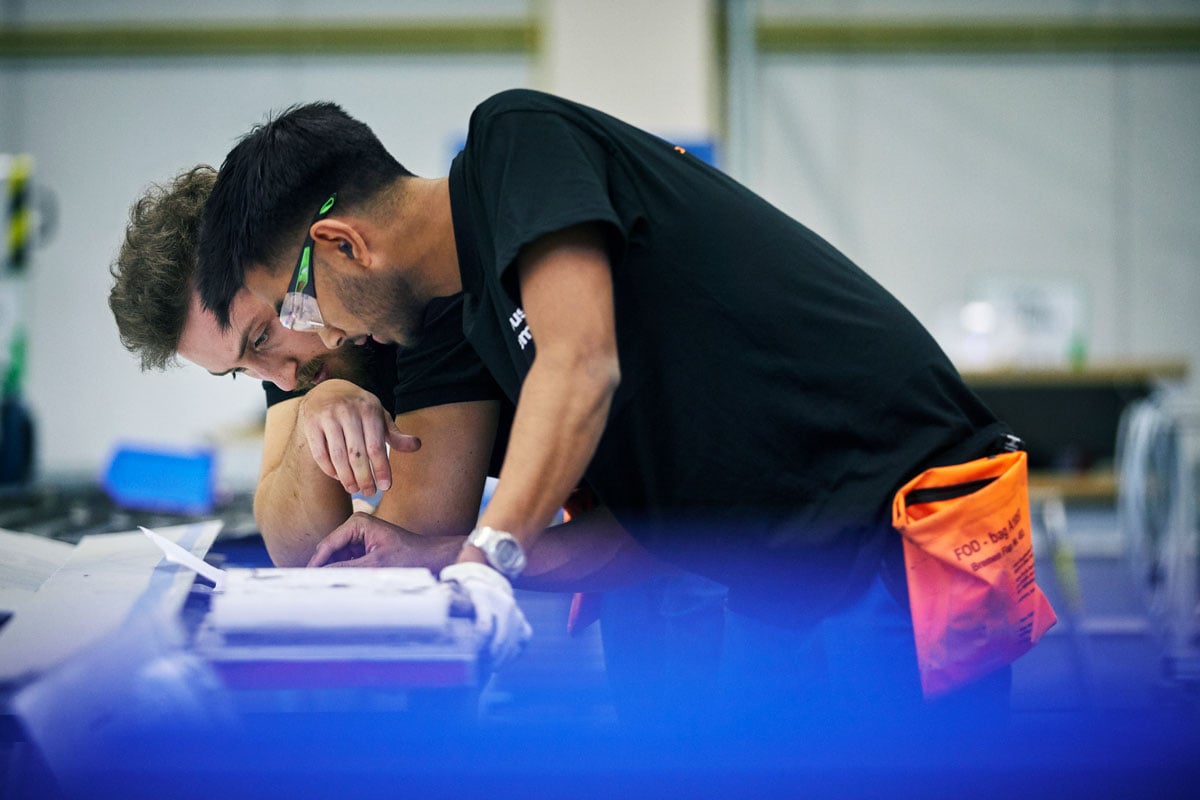 Leading VTOL manufacturers have already designed the first passenger drone prototypes, but for autonomous drones to reach the mainstream, there is still room for improvement in the emerging technologies that will feed the vehicles.

Deloitte notes in their evaluation of urban air mobility that while crucial onboard sensors like radar, optics, and geolocation triggers exist already, and are currently in use in the burgeoning autonomous car industry, they need to be developed further to match the multidirectional nature and speed of autonomous flight.

Another key factor in autonomous technology is artificial intelligence and machine learning. Still in an early phase of adoption, these technologies will be essential in making a safe move from pilot operated passenger drones to autonomous drones.

Although battery technology is improving rapidly, the range of eVTOLs today is quite limited and so is their passenger and cargo capacities. For passenger drones to become a commercial success, the batteries will need to match the expectations of commuters who require seamless, safe, and flexible means of transportation.

Passenger drones and the urban air mobility market in general, is an entirely new kind of transportation and will require substantial development and modification of current infrastructure.

According to the Roland Berger study, the infrastructural constraints include eVTOL takeoff and landing sites, battery charging stations, and maintenance facilities and personal fit to service the passenger drones–requiring close collaboration with authorities.

The establishment of a stable 5G cellular network will, too, be imperative to ensure efficient communication among eVTOL aircraft, between eVTOLs and other flying objects (such as delivery drones), and between eVTOLs and control centres.

Turning the revolutionary concept of passenger drones into a reality can’t rely on the efforts of one city or one manufacturer alone. It will require close collaboration of multiple stakeholders across industries, professions, and regulative institutions who will have to work unitedly to create a safe and profitable business model within the

DISCOVER:
The most important take-aways from MRO Europe 2018.

The study from Roland Berger points to one example of this crucial collaboration already taking place in the Bavarian city of Ingolstadt. The city, part of the Greater Munich metropolitan area and a member of the EU-supported “Urban Air Mobility Initiative”, relies on targeted partnerships to drive the process UAM forward.

The city works closely with the Federal Government and the state of Bavaria, representative of the economy, neighbouring airports and other key stakeholders to explore the use cases and define the necessary conditions needed to start experimenting with test operations.

Currently, the majority of authorities around the world enforce strict laws on the use of commercial drones, requiring the drone to be within sight at all times. Although these drones serve a different purpose than passenger drones, it’s a clear indicator that authorities have a substantial amount of regulative work ahead of them when it comes to urban air mobility.

READ MORE ABOUT:
Cyber security is becoming an increasingly important focus area in the aviation industry – how do you keep your operations safe?

A series of key questions will have to be addressed, for instance; will a pilot’s license be required to operate the manned eVTOLs? What airspace can the passenger drones occupy? What are the airworthiness requirements? 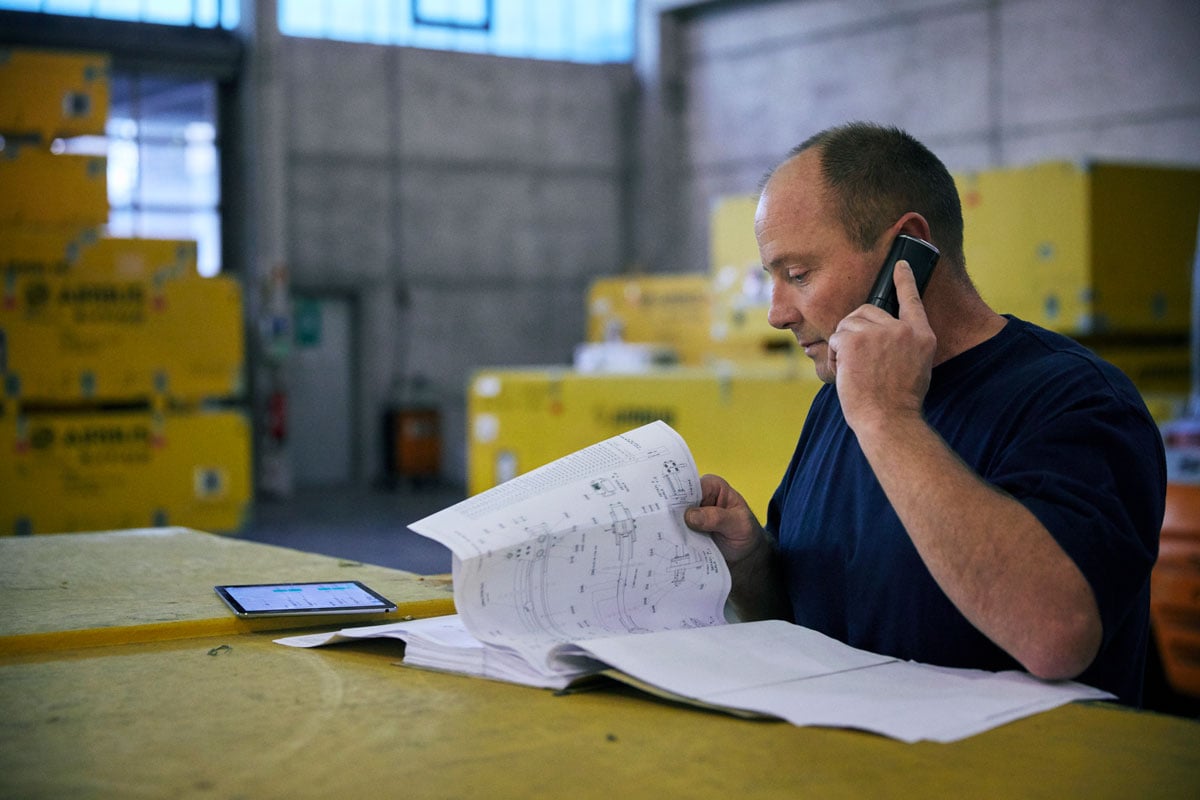 The establishment of a regulative framework is to be an ongoing process, but progress is being made. In the U.S, for instance, FAA has already started discussing certification options with several manufacturers, initially addressing piloted passenger drones, then autonomously assisted aircraft and finally fully autonomous aircraft at a later stage.

The idea of flying in passenger drones may sound appealing but at the same time, it’s a big step into an unknown where commuters, once drones reach their full autonomous potential, will have to trust technology to get them from a to b safely.

In 2017, a report from UBS, a Swiss global financial services company, found that more than half of the respondents would refuse to travel in a fully autonomous aircraft, although this was somewhat generational and is likely to change over time as regulatory frameworks and well-documented safety records take form.

It’s clear the results of the flagship projects in the next decade are going to be crucial to catapult eVTOLs into the urban mobility mix successfully. However, to establish a broader, longer-term acceptance of passenger drones, they will need to be as versatile and safe as cars are today.

This will require advances in technology to ensure long-range travel and further infrastructural improvements in almost all aspects of urban planning today.

The urban air mobility market is a $35bn global opportunity

According to the UBS report, the move toward pilotless aircraft and urban air mobility represents a massive $35 billion global opportunity in potential savings for the aviation industry, derived from reducing annual costs related to pilots, training, fuel, and insurance.

The exact figures of these business opportunities are yet to be determined, but if the urban air mobility sector continues to grow as fast as anticipated, it’s just a matter of time before it becomes an integrated part of the aviation ecosystem.

READ MORE ABOUT:
Additive manufacturing: Here are the opportunities for the aviation industry.