What’s the most urgent disruptor of the aviation industry?

When speaking at MRO Europe in London, Martin Harrison, the Global Managing Director and Specialist at ICF, stated that the industry’s concern shouldn't be on the usual suspects.

When you're looking for the disruptors that might keep aviation executives up at night, you might look to fluctuating fuel prices, widespread grounding of planes, and the seemingly never-ending series of carriers going bankrupt.

But according to Harrison, these factors should not be the industry's leading causes of concern. It's anti-flight activism and the public's changing perception of flight travel.

Why not be concerned with the obvious stressors?

Yes, there's been a few airlines caving in recently, notably Thomas Cook and WOW, however, as per usual, the slot times and healthy assets are being picked up by other carriers causing only a temporary effect on air traffic. 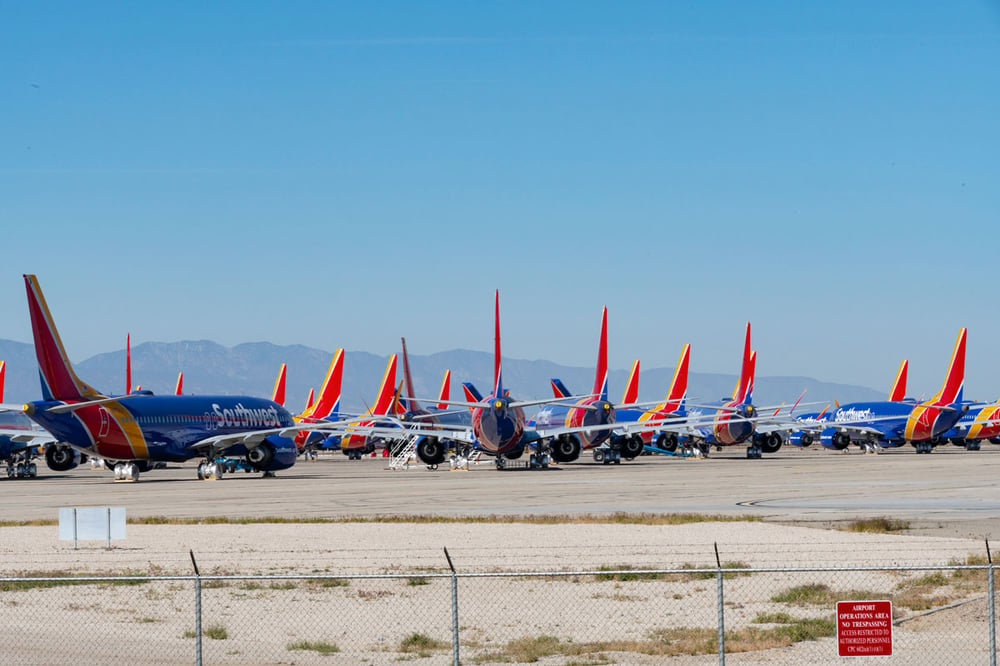 And of course, the grounding of the Boeing 737 MAX is unparalleled–Harrison hasn't seen a fleet grounding at this scale at any time in his 30 plus years in the industry–but the impact on passenger traffic is relatively small.

"Airlines have become very good at fleet management," Harrison said, "so when a model is grounded, they got a portfolio of aircraft they can draw on."

Where should our attention be?

To Harrison, the most significant driver for change in passenger demand is the public awareness of jet fuel emissions' impact on global warming - and the resulting activism. "To be honest, we're lucky the protesters aren't here right now," Harrison jokingly said to the MRO crowd, pointing to the fact that the activist group Extinction Rebellion were protesting in London at the same time as the trade conference took place.

The aviation industry does not take the environmental issue lightly. When industry CEOs met at their trade organisation's conference earlier this year, the discussion focused around customers' changing attitude to air travel.

"The airline industry feels like they're losing the battle of making people understand the good that air traffic does to our economy," Harrison said.

As a result, airline operators - even the low-cost carriers - are busy (re)positioning themselves as low emissions airlines.

"When even RyanAir is beginning to do this, you better believe it's important," Harrison said.

Proactive steps could lead to a competitive advantage

Besides messaging, the industry is launching several tangible initiatives as reactions to changing consumer behaviour.

British Airways, for example, will offset all domestic flight emissions from 2020. Offsetting means to invest in carbon capturing activities or other environmental projects to compensate for their own carbon footprints. Most commonly, the responsibility of offsetting has been put on the shoulders of consumers who can choose to purchase offsetting as an add-on to their flight ticket. However, around only 5% of customers choose to do this. Recognising this, British Airways' parent company, IAG, is taking a more proactive approach by committing to offsetting themselves. 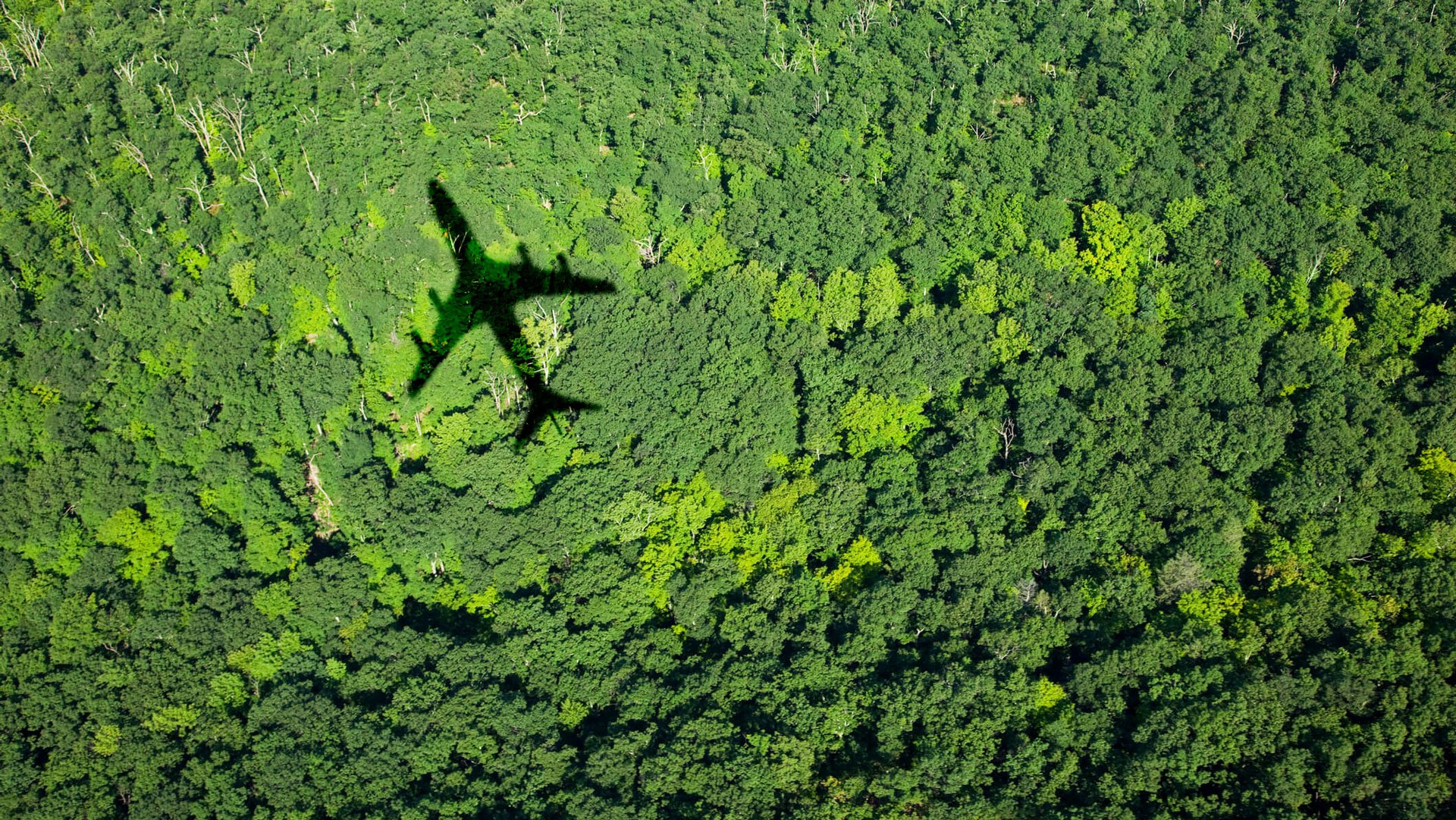 Learn more about CORSIA and carbon offsetting: A look at the challenges and opportunities

Martin Harrison believes this will have a domino effect within the industry:

"It will force other airlines to do the same. You can't claim to be a low emission airline while your competitor is offsetting, and you're not," he said.

Looking to future solutions, while enhancing current ones

Developing electric and hybrid-electric aircraft is another sustainability change happening in the industry. Scandinavian Airlines, for example, has partnered up with Airbus to advance research in this area. One of the ambitions of this project is to have a 100-seat passenger plane that's a hybrid electric aircraft by 2030.

At the MRO level, the issue of sustainability is looking towards reducing fuel consumption during the engine overhaul and maintenance.

At Air France-KLM, they are continuously working to reduce the amount of single-use plastics on board, and they've improved how engines are washed, as clean engines consume less fuel. To Vincent Metz, Head of Strategy, Marketing & Communication at Air France Industries KLM Engineering & Maintenance, sustainability is a "process of marginal gains."

Sustainable fuel as an interim solution

"The industry is in a fix here," said Henle. "Weight and range is everything in air traffic. We are dependent on the power density of carbon fuels. It's simple physics. There's no alternative on the horizon which is strong enough to supply our engines."

To make aviation sustainable, Henle urged the industry to focus all its attention on artificial fuel engineered from carbon and water.

"It's the only thing we have to go for. Everything else is just trying to get good PR," said Henle.

Air France-KLM is investing in sustainable fuel which is currently more expensive than traditional jet fuel.

"It's an investment we're willing to make because it will make sense in the long run," said Vincent Metz, Head of Strategy.

The International Air Transport Association has established an environmental assessment program (IEnvA), designed to "independently assess and improve the environmental management of an airline."

Based on principles in compliance with environmental obligations, the program commits to improving environmental management continually.

To be IEnvA-certified, an airlines' key stakeholders and supply chain also need to comply with IEnvA standards. According to Harrison, even though the program is voluntary, as more airlines get into IEnVA, the more key stakeholders are going to require IEnVA certification in order to do business. This could lead to it becoming a de facto obligatory industry standard. The same thing happened to another, more well-known industry program; the safety audit (IOSA).

What's the incentive for the aviation industry to take proactive measures to become more eco-friendly?

"It's taxes," Harrison stated. "Tax on carbon, tax on fuel, tax on passengers. This will change our market forecast. If you tax air traffic, it will reduce demand. No question about it."

France and Sweden have already put a green tax on flights leaving the nations' respective airports, driving up ticket prices for passengers. With legislative changes like these, Harrison explained, the industry has an interest in being proactive in their green transformation to reduce regulators' eagerness to impose taxes as an incentive.

Another legislative change that the industry expects to happen is that engines are required to have a certain level of fuel efficiency. However, without knowing that specific threshold, manufacturers and airlines don't know which engines they should plan to retire and replace. At any rate, Harrison said, the replacement of legacy aircraft with more eco-friendly models is going to accelerate. This will have a major impact on the forecast of the MRO market: Legacy engines and other parts might be retired earlier than expected and the spend on retrofitting aircraft with more green technology is likely to go up.