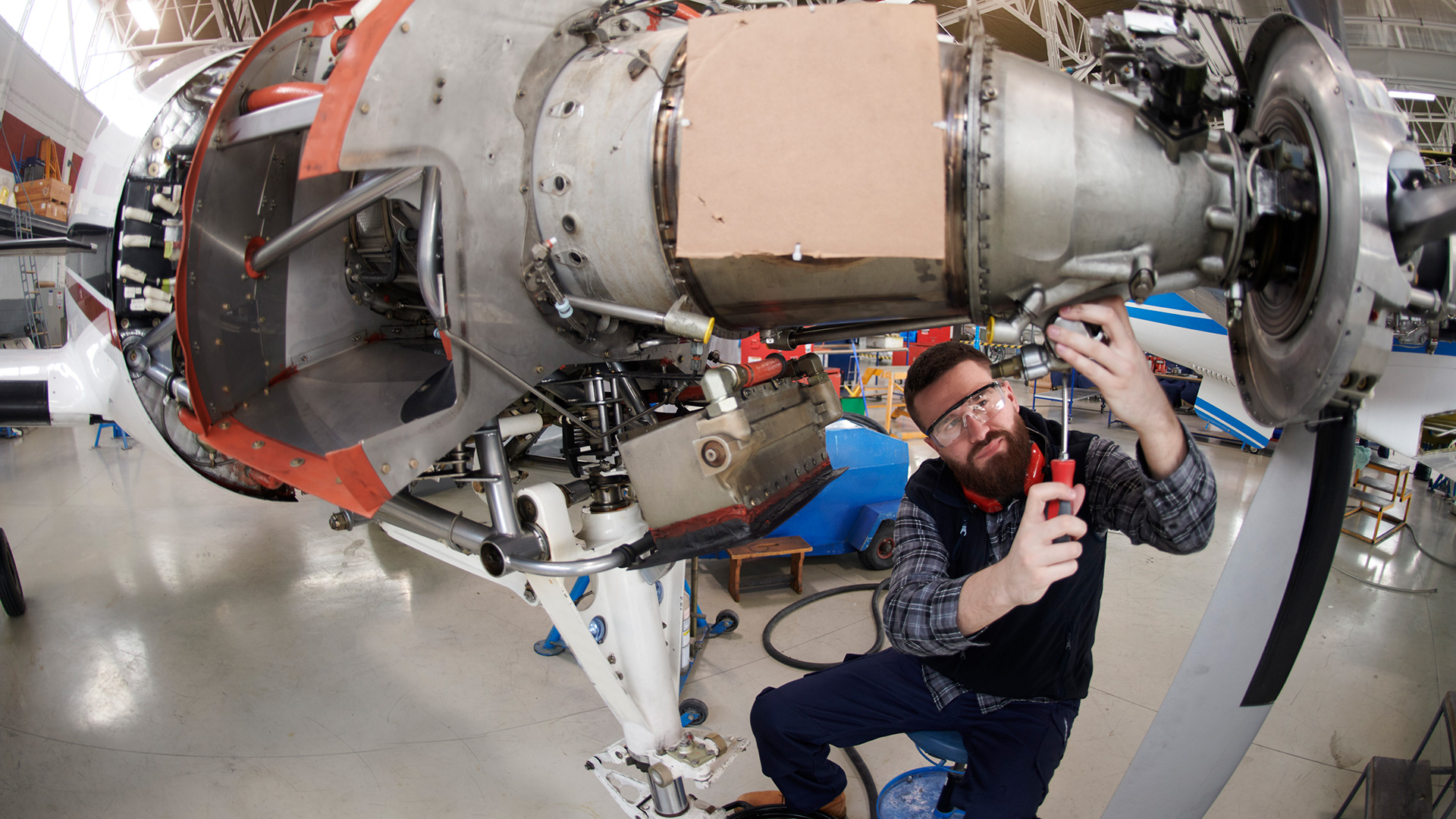 To meet current and future demand, the aviation industry must convince more young people to pursue jobs as technicians and mechanics. Labour leaders, aviation executives and outside analysts all agree that this will be no easy task.

Aviation industry insiders have long worried that an ageing workforce and difficulty in attracting new talent would lead to a shortage of qualified aircraft maintenance technicians and mechanics.

It’s been estimated that the industry will need at least 600,000 new technicians over the next decade. But the situation has gone beyond simply worrying about how to fill future jobs. Thanks in large part to the COVID-19 crisis, which led cash-strapped airlines to cut costs by offering senior mechanics and technicians buyouts to retire early, the mechanic and technician shortage is basically here now.

RELATED ARTICLE:
How a strong COVID recovery can worsen the aircraft mechanic shortage

To replace those experienced mechanics and technicians, the aviation industry will need an influx of younger workers. And that’s not always an easy sell, according to Gary Peterson, director of the Transport Workers Union of America’s (TWU) Air Division.

In an exclusive interview with the Satair Knowledge Hub, Peterson said there are a number of reasons behind the labour shortage. For one thing, airline hiring in the US has historically been cyclical, with massive bubbles of hiring followed by periods of not much activity until those from the previous bubble started retiring.

Peterson himself was hired as a mechanic by American Airlines in 1992 at the tail end of a hiring boom. “Now, we’re entering the early phase of my generation’s bubble,” he said.

Peterson’s generation of mechanics and technicians was also greatly impacted by 9/11 and he said its effects are still being felt today.

“After 9/11, a lot of carriers went through bankruptcy so there were wage and benefit cuts throughout the industry,” he said. “A lot of people left the industry and a lot of younger people looked elsewhere because it was no longer as enticing of a career as it had been. A lot of aviation schools and programmes also started to fail or began marketing the A&P certification to other industries.”

Prior to 9/11, the Airframe and Powerplant (A&P) certificate was more or less confined to the airline industry. But after 9/11, the A&P schools needed to find places for their students and began pitching their graduates to building trades, energy companies, hospitals, and elevator constructors, among others. These other sectors were more than happy to snatch up the qualified workers, Peterson said.

“I can tell you without any hesitation that other industries are capitalizing on the airframe and powerplant trade schools and people coming out of the industry,” he said. “Airlines now have competition and that’s a really big piece of this.”

Justin Madden is the executive director of government affairs at the Aircraft Mechanics Fraternal Association (AMFA), an independent labour union representing maintenance technicians across the United States. He agreed that other industries have their eyes set on aircraft mechanics.

“The education and skillset that an aircraft mechanic possesses is one that is translatable and desired by other industries,” Madden told the Satair Knowledge Hub in an exclusive interview. “Our educational partners tell us that graduating mechanics have been offered positions with theme parks, hospitals, and emerging technologies like commercial space and UAS [unmanned aircraft systems, ed.] a to name a few.”

By 2016, an estimated 20 percent of all newly-educated A&P graduates in the US took jobs outside of aviation, according to the Aviation Technician Education Council (ATEC). 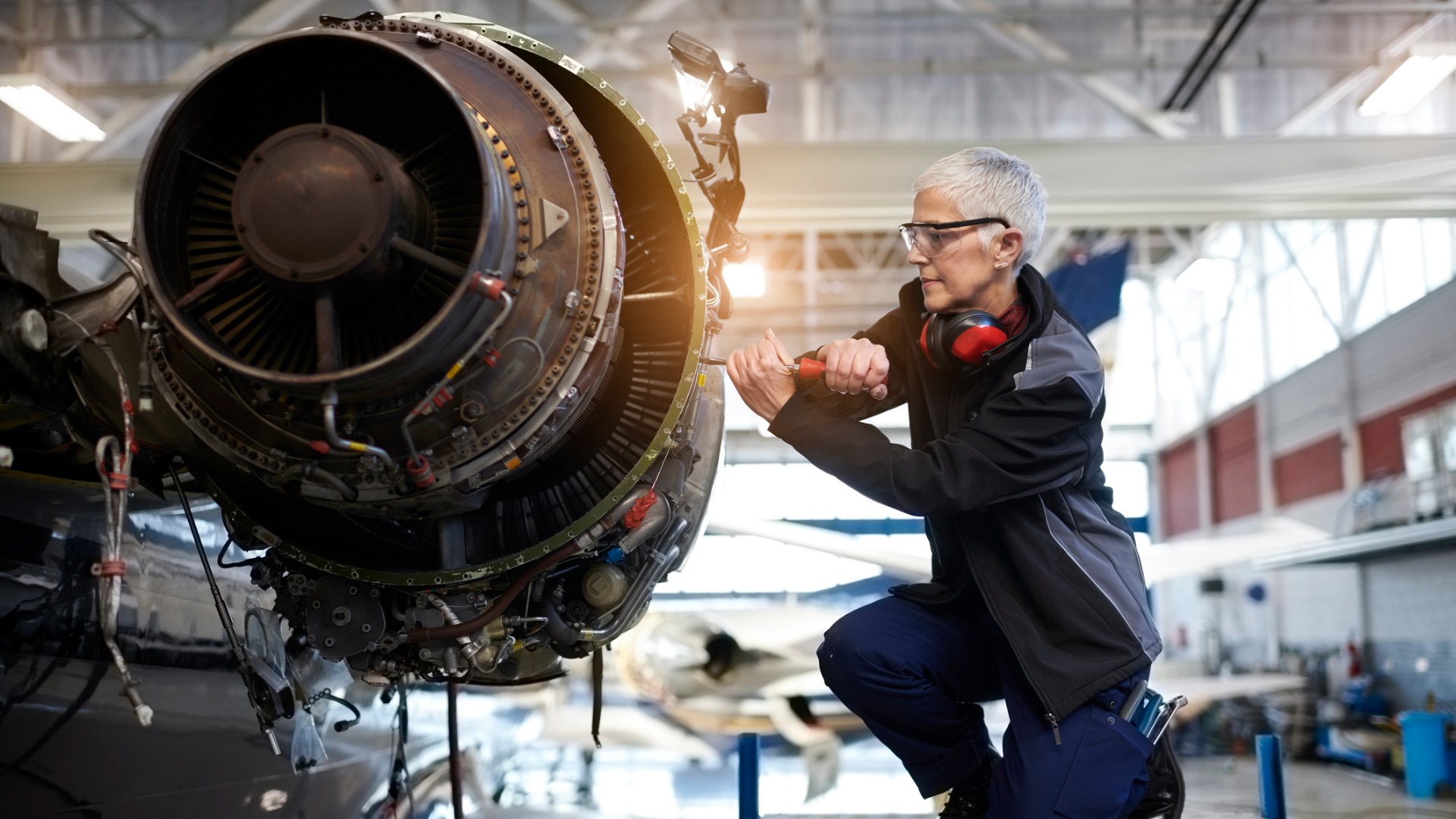 The choice to work in one of these other sectors is often motivated by wages and benefits. Peterson said the average starting wage for mechanics and technicians at the major US carriers is around $30 per hour. For regional carriers, wages start at $15-20 per hour and are likely to top out at $30. He said that discrepancy spells trouble for the smaller airlines.

“The regionals have to figure out how to keep their mechanics from leaving for better wages and a much better, more robust retirement plan," he said. "The long and short of it is money talks.”

AMFA’s Madden, whose union represents maintenance technicians who primarily work at Alaska Airlines, Horizon Air, and Southwest Airlines, said the issue of how to attract new talent “has been discussed at length among academia, industry, and labour.”

“The ability to attract and retain aircraft mechanics is certainly an issue where wages and benefits are low,” Madden said. “There is no silver bullet; however, we contend that higher wages and benefits will go a long way towards increasing interest in the aircraft maintenance field.”

It’s not just higher wages and better benefits. The work is often physically demanding and requires long and odd hours.

Paul Lochab, Chief Commercial Officer at Satair, has worked in the aviation and aftermarket industries for over three decades. He told the Knowledge Hub that there's no doubt that mechanics and technicians do "a tough job".

"Work continues around the clock and there are times that you can't have a weekend to yourself. It's hard work that continues 24/7," Lochab said. "For aviation mechanics, the work can be more demanding than some other forms of technical work. You can face all types of weather from freezing, sweltering or anything in between. Plus there's pressure to resolve technical issues quickly so as to not cause flight delays."

TWU’s Peterson agreed that the 24/7/365 nature of aviation leads a lot of mechanics to leave the industry in favour of jobs that provide more reliable schedules. He said that new workers are the ones who most often have to work outside of normal hours.

“The airline industry is often based on seniority, so younger mechanics are asked to work many, many years on the midnight shift before they get moved to a day shift," Peterson said.

Derek Costanza, a partner in the international consultancy Oliver Wyman’s Aviation & Aerospace practice, agreed that the conditions new mechanics are forced to accept make it difficult to attract young talent.

"Bottom line, this is a great career but for someone just getting started out, it can seem like a long time," Constanza said as part of a 2017 report predicting that demand for aviation mechanics would outpace capacity already by 2022. "You're in school for two years and it costs you money and you're not on the payroll. And then once you do get hired on, you're looking at five to seven years to hit max pay." 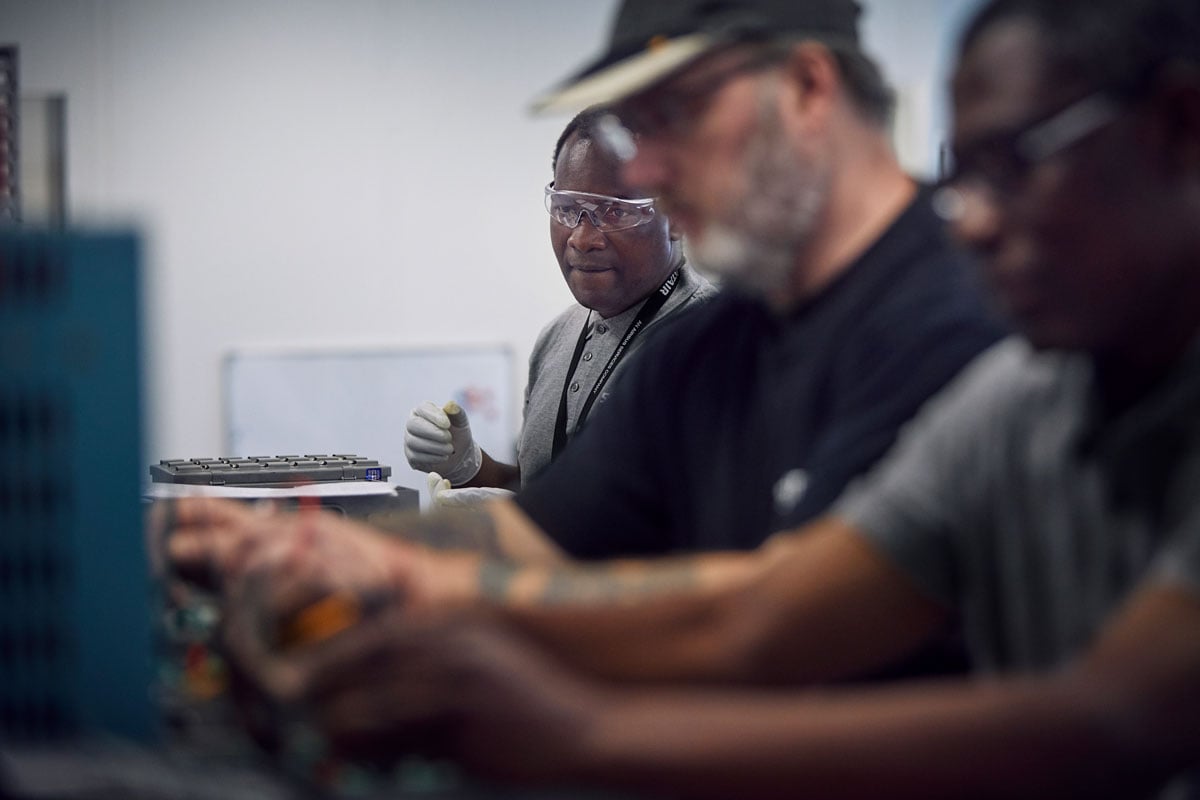 Prior to COVID-19, there were reasons for cautious optimism. ATEC found that mechanic certifications in the US hit their highest levels in nearly two decades in 2019 and aviation maintenance technician schools in the US reported that more and more people receiving their certifications found jobs in aviation. The 20 percent of all newly-educated A&P graduates who took jobs outside of aviation in 2016 had fallen to just eight percent in 2018. But the pandemic almost certainly accelerated the mechanic and technician shortage.

RELATED ARTICLE:
Why are there concerns about MRO labour capacity?

So, what’s the solution? Both US-based union leaders we spoke with agreed that there is no quick fix. Peterson said that the TWU is lobbying for government-funded financial support for those entering training programmes and would also like to see airlines help new mechanics offset the costs of both their education and the significant investments in the tools they need to do their jobs, either through payroll deductions or by offering new hires a well-stocked toolbox.

Madden said airlines need to improve the work/life balance of their employees and offer them a more defined career trajectory. He also said that fears of outsourcing also makes it harder to attract new talent.

But perhaps the biggest thing, both Peterson and Lochab said, is to more aggressively and effectively recruit the younger generation.

"The problem could be fixed," Lochab said. "You could say to anyone entering the private workforce 'OK, there are going to be good salaries, there's going to be good training programmes, the universities and the technical training departments of the different organisations are going to train up a certain amount of people.' But I don't see mainstream colleges or technical schools being really mindful about going out and campaigning about aviation."

Petersen said he'd like to see a national apprenticeship programme that nurtures new mechanics and technicians and thinks unions should be better at talking to younger people about why aviation is a good career choice.

“Not everybody’s built to go to college, or built for the high-tech world. There’s still a lot of need for trained, technical schooling,” he said. “In my opinion, there is nothing but upside for someone to get into the industry now, because over the next 10-15 years we’re going to have a lot of people retiring, and then people will find themselves in a position to move off of nightshifts fairly quickly and see their wages and benefits rise as well.”