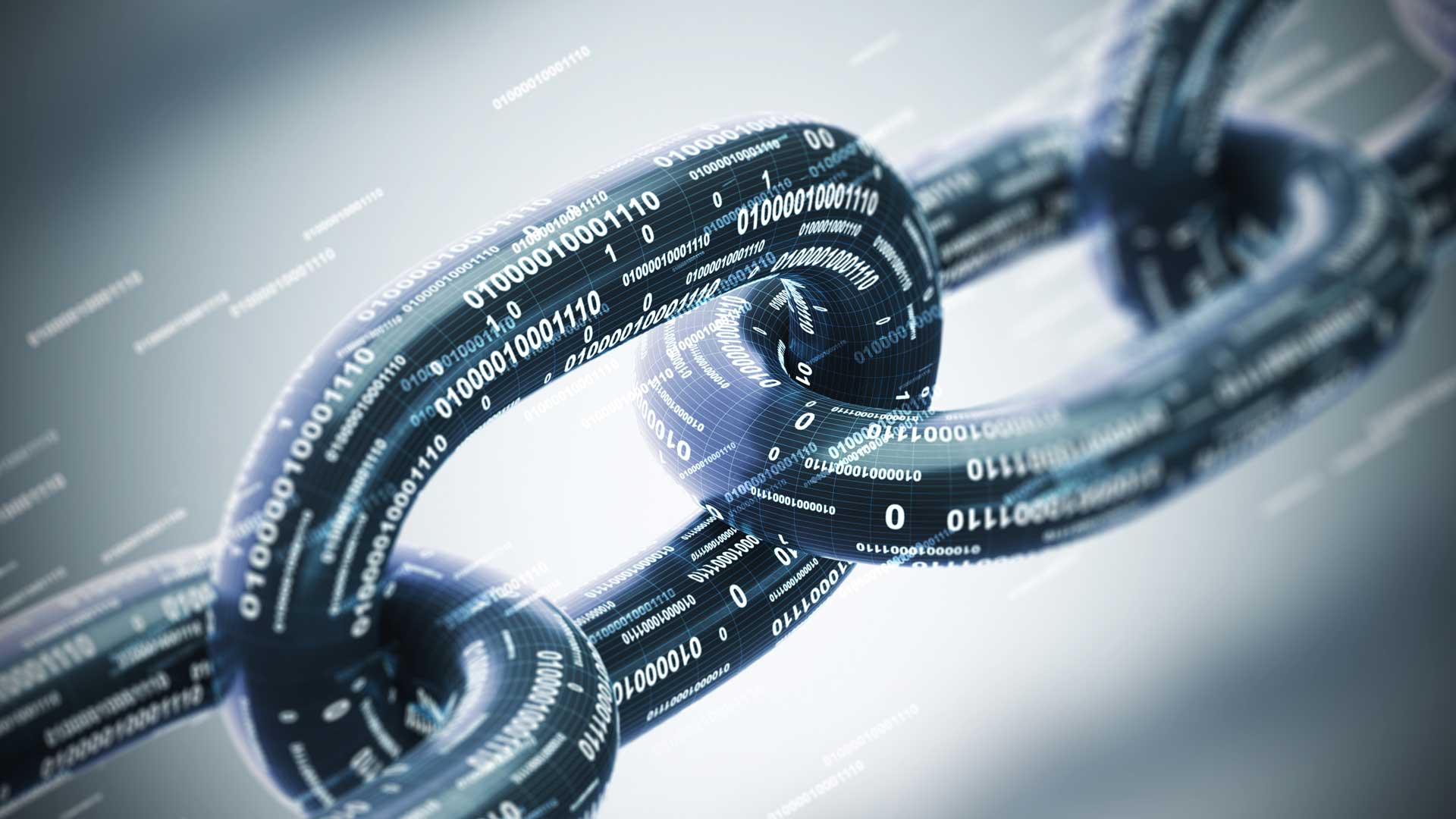 It’s been called the biggest innovation since the birth of the Internet, yet the majority of people today have little to no clue what blockchain technology really is - and for good reasons.

When experts describe blockchain technology they use words like decentralisation, nodes, and distributed messaging protocol; the list of technical terms goes on and on, most of which are quite elusive to the average person.

What is a blockchain? A simple analogy

So what is blockchain technology in its simplest form? Think of it as a digital ledger or a diary of information that is designed to update and validate itself and is virtually impossible to forge.

If the basic idea of blockchains is still unclear, think of this analogy from the experts at Blockgeeks:

»The traditional way of sharing documents with collaboration is to send a Microsoft Word document to another recipient and ask them to make revisions to it. That’s how databases work today. Two owners can’t be messing with the same record at once. With Google Docs (or Google Sheets), both parties have access to the same document at the same time, and the single version of that document is always visible to both of them and so are any changes.«

Although not quite comprehensive, as you can share documents without blockchain technology, the analogy still offers a simplified idea of why blockchain has captured the imagination of executives around the world. Below, we'll take a closer look at the many use-cases of blockchain in the aviation industry.

READ ALONG:
How do you approach new technologies from a management perspective? Join a team of executives as they discuss the matter here.

Blockchain has revolutionising potential for aviation

With a basic understanding of how blockchain networks differ from traditional databases, we can move on to the highlight of this article; the exploration of the blockchain technology’s potential use cases and the current rate of adoption and implementation in the aviation industry.

Let’s start with an obvious question: When is all the talk about blockchain going to be turned into tangible actions? Soon, it appears. In fact, the technology seems tantalisingly close to turning the corner and finding its way into small-scale solutions in the commercial aviation market.

According to a report from the leading services company Accenture, 86 percent of aerospace and defence companies expect to integrate blockchain into their corporate systems within 2021, and thus we're definitely starting to see real-world examples of blockchain being utilized in the aviation industry. 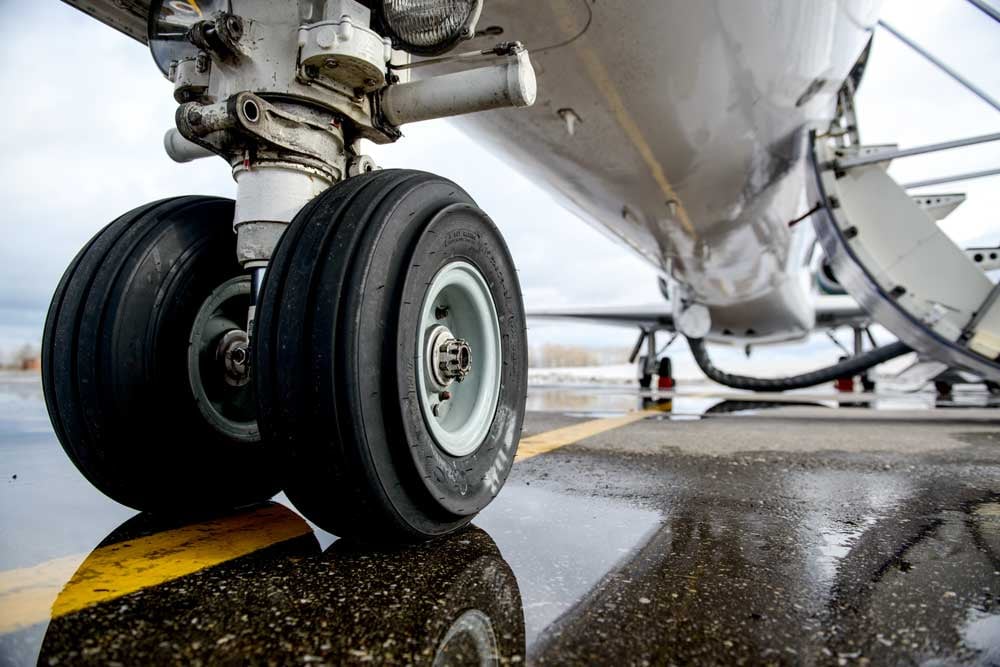 Blockchain provides a way to increase trust in the supply chain

»Blockchain is well-suited to improve the performance of one of the world’s most complex, globally interconnected and security-dependent supply chains,« says John Schmidt, who leads Accenture’s Aerospace & Defense practice globally. He proceeds:»This elegant and paradigm-shifting technology has the potential to deliver profound benefits for the hundreds of suppliers typically involved in the manufacturing of a single aircraft.«

In the survey, the participants pointed to a series of data challenges that blockchain can help address. For instance, 7 out of 10 of the participants indicated that they believe the aviation industry will face serious issues with corrupted insights as more falsified data infiltrates their increasingly data-driven information systems.

In other words, as more and more airlines and MROs look toward data analytics and predictive maintenance, the need for verifying the data’s accuracy increases, and blockchain could be the best way to do this.

READ:
Predictive maintenance & the road to a proactive supply chain.

Another area in which blockchain in aviation is looking really promising is when it comes to collaboration in the supply chain.

From OEMs to suppliers, aftermarket integrators and the MROs and airlines themselves - everyone, it seems, can benefit from a transparent and precise approach to the often overwhelming amount of data.

In the long term, using blockchain to connect the many loose ends in the supply chain could prove revolutionary. The technology offers a way to track and provide consistent aircraft configuration data across the supply chain.
Today that’s not the case, as most aircraft manufacturers, maintenance providers and airlines keep track of configuration data in their own systems and rarely, if ever, integrate that information with other companies’ data.

»Knowing the actual configuration of an in-service aircraft at any point time is important,« Schmidt says adding that blockchain enables aerospace and defence companies to securely share, capture and authenticate data from a single source.

CASE STORY:
Discover how one of the world’s leading MROs, Lufthansa Technik, is preparing for a digital future.

What this means is that aftermarket distributors, such as Satair, ultimately would have a much better understanding of the customers’ needs for parts, airlines and MROs would know the state and expected remaining life cycle of every aircraft part, and OEMs would have a much clearer view of the part demand.

In what areas can blockchain technology make a difference?

Parts traceability is just one of many potential applications within aviation that align well with the capabilities of the blockchain technology.

According to a report from the international management consultancy, Deloitte, blockchain networks have a long list of potential use cases in the aviation industry, some of which are already being piloted today, while other innovations are on the horizon in the longer term.

Let’s take a look at some of the blockchain applications that are already taking off.

As mentioned already, blockchain holds the key to transforming maintenance logs and parts traceability. It can help ensure that parts produced are legitimate and live up to the necessary airworthiness requirements, and can ultimately offer a virtually immutable record of every part on an aircraft, as well as every time it’s been handled and by whom.

A blockchain application, such as the one Enspan, formerly known as Parts Pedigree, is pioneering, could offer a much more efficient approach to documentation of an asset’s lifecycle.

At the same time, this would mean that airlines would be able to sell and purchase parts with the confidence that the documentation is accurate and compliant with all maintenance regulations.

Blockchain in the aviation industry can be used to simplify and automate loyalty program transactions and bookkeeping. This is especially relevant today, as more and more airlines partner with credit card issuers, rental car companies, hotels and so forth.

By creating a common digital currency - called tokens, in the blockchain - travellers can get instant value on the spot. Airline executives, on the other hand, get a much clearer understanding of the revenue flows from reward programs.

Companies like Loyyal are already using blockchain to build digital wallets, where customers can track and store their new “reward tokens”.

Parts leasing can be a cost-efficient alternative to actually purchasing aircraft parts. However, managing leasing contracts with multiple partners is complex and time-consuming. Furthermore, the risk of errors is high.

According to Deloitte, blockchain could be a game-changer in this area by introducing so-called smart contracts. These contracts would use blockchain to automate the supply chain transactions, potentially removing the need to process invoices and payments, as the blockchain would operate on a standardised, commonly-agreed micropayment basis.

READ ALONG:
Join top engine OEMs as they discuss the future challenges in the engine sector.

Smart contracts could, too, be used to standardise and automate leasing contracts of entire aircraft, another popular trend in the aviation industry.

In the longer term, it’s easy to imagine that blockchain could offer a smarter way in many different areas of the industry. Just think of revenue sharing with other airlines, in case of delays or offering customers expanded route options.

Settling accounts with other airlines is complex and heavily regulated by IATA, and it’s only getting more complex as revenue sources evolve with seat selection, baggage and priority-packages being offered by many airlines at additional cost.

Airlines could, together with IATA, define a common rule set and use smart contracts to execute and track payments on a blockchain network. This would allow airlines to trust and recognise their share of the revenue more easily.

Blockchain in aviation is taking off

The aviation industry, ruled by safety concerns and heavy regulation, isn’t exactly known for leading the way when it comes to adopting new technologies. For this reason, the bar is set pretty high for proof of concept, with regard to blockchain.

Among the companies studying the potential of blockchain are Airbus and Rolls-Royce. The former even created a special unit in the company responsible for exploring how blockchain could address current and future business challenges in the supply chain.

A number of airlines have also expressed their interest in blockchain technology. Lufthansa, Air New Zealand and British Airways are already working with various blockchain startups on some ambitious projects, while Air France, last year, announced that the company is looking toward blockchain technology to improve its maintenance activities.

The testing continues on the other side of the table, the providers of blockchain solutions are also making progress.

Parts Pedigree is one such provider and a firm believer in the prospects of blockchain technology. The company is building a platform that promises to make digitising part records easy, ultimately granting all the necessary stakeholders a complete overview of an asset’s entire lifecycle. Parts Pedigree is currently piloting their project in the real world with a major aerospace part distributor.

CASE STORY:
We had a talk with the CEO of Parts Pedigree about their exciting blockchain project.

In July 2018, Accenture and Thales, a global technology leader for aerospace, transport, defence and security markets, too, presented a new blockchain-based system that could help secure and streamline the complex global supply chain supporting the aviation industry.

According to the companies, the solution aims to connect the supply chain by providing a single, shared view of the supply chain - and an immutable audit trail - for partnering suppliers, manufacturers and materials.

»The aerospace and defence industry has one of the world’s most vast and complex supply chains,« said John Schmidt, global managing director for Accenture’s Aerospace and Defense practice, at the time. He added:

»Blockchain technology offers a new, elegant and secure way for the industry to track and trace myriad components while deterring counterfeiting and improving maintenance capabilities. Used in combination with technologies like digital twins and digital threads, blockchain could ultimately be a game-changing innovation for this sector.«

It’s clear that blockchain has already captured the imagination of executives around the world. The aviation industry, at this very moment, is standing at an important crossroad, and a major breakthrough in blockchain for the commercial market looks inevitable in many ways. In the words of Deloitte:

»Before long, many airline CFOs will wonder how they did things the old way. With all paths open, now is the time to start small—and to think big.«

READ ALONG:
IoT is another technology that promises to take efficiency to a new level. Join us, as we investigate the potential of the Internet of Things in this article.