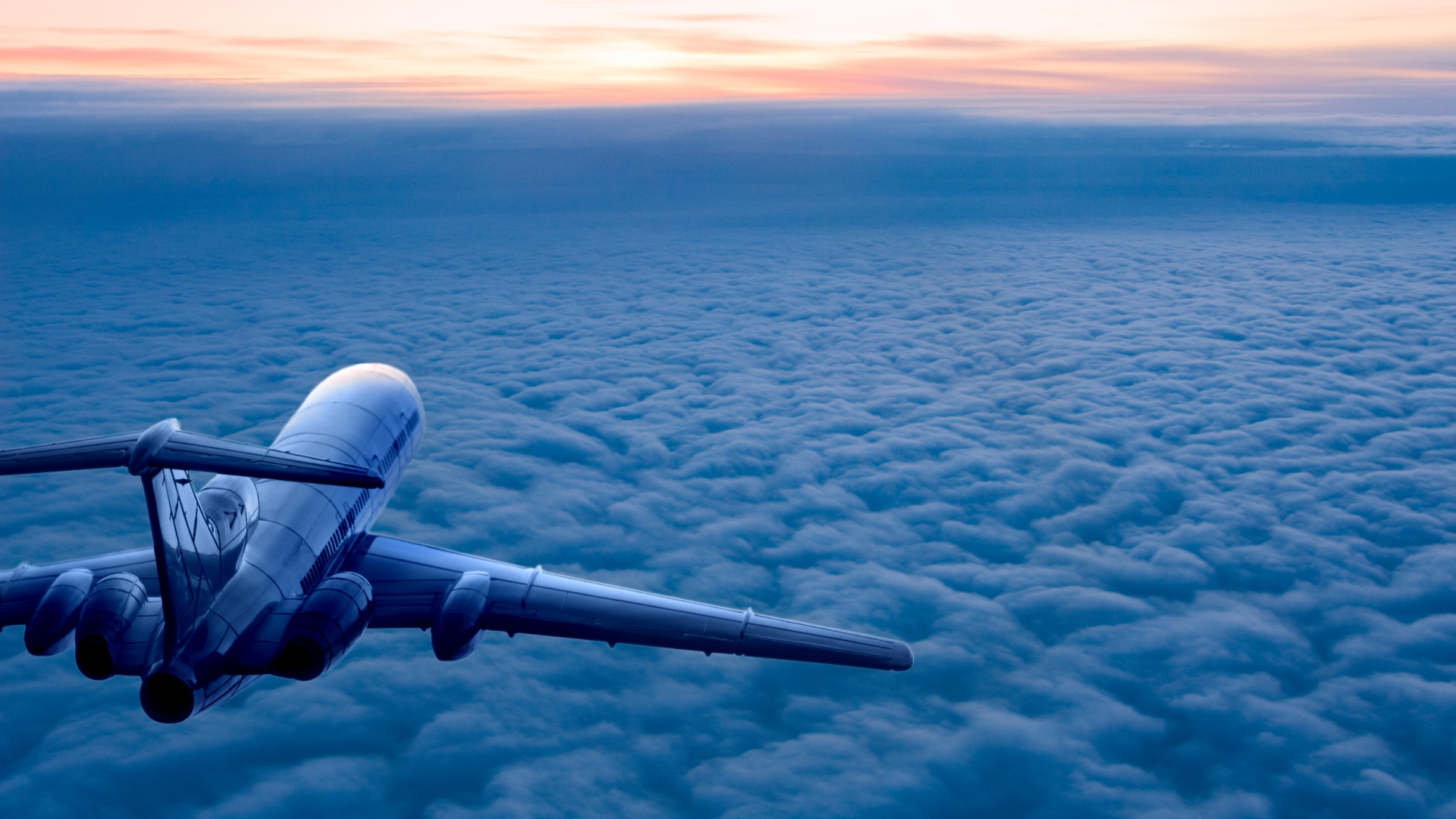 The UN’s CORSIA scheme, which aims to offset any rise in international aviation CO2  emissions, has officially begun. But what does the scheme really do and, most importantly, will it work?

Six months after the start of its voluntary pilot phase, we take a look at the controversial carbon offsetting scheme.

Although overshadowed by the COVID-19 pandemic and its impact on the industry, the voluntary pilot phase of the Carbon Offsetting and Reduction Scheme for International Aviation (CORSIA) began on 1 January 2021.

As of May 2021, some 88 nations, representing over 77 percent of international aviation activity, have agreed to participate voluntarily in the first phases of the CORSIA programme.

CORSIA is a framework established in 2016 by the UN’s International Civil Aviation Organization (ICAO) to offset CO2 emissions created by international aviation. It aims to achieve carbon neutral growth through the purchase of carbon offsets. The plan would stabilise the industry’s annual net emissions at around 915 million tonnes of CO2.

Just how will this will work is an open question, but we soon start to get some answers. Starting this year, the system will be implemented in three phases: voluntary pilot and first phases from 2021 to 2026, followed by a mandatory phase from 2027 to 2035. Members can opt out of the system at any time during the voluntary phases. 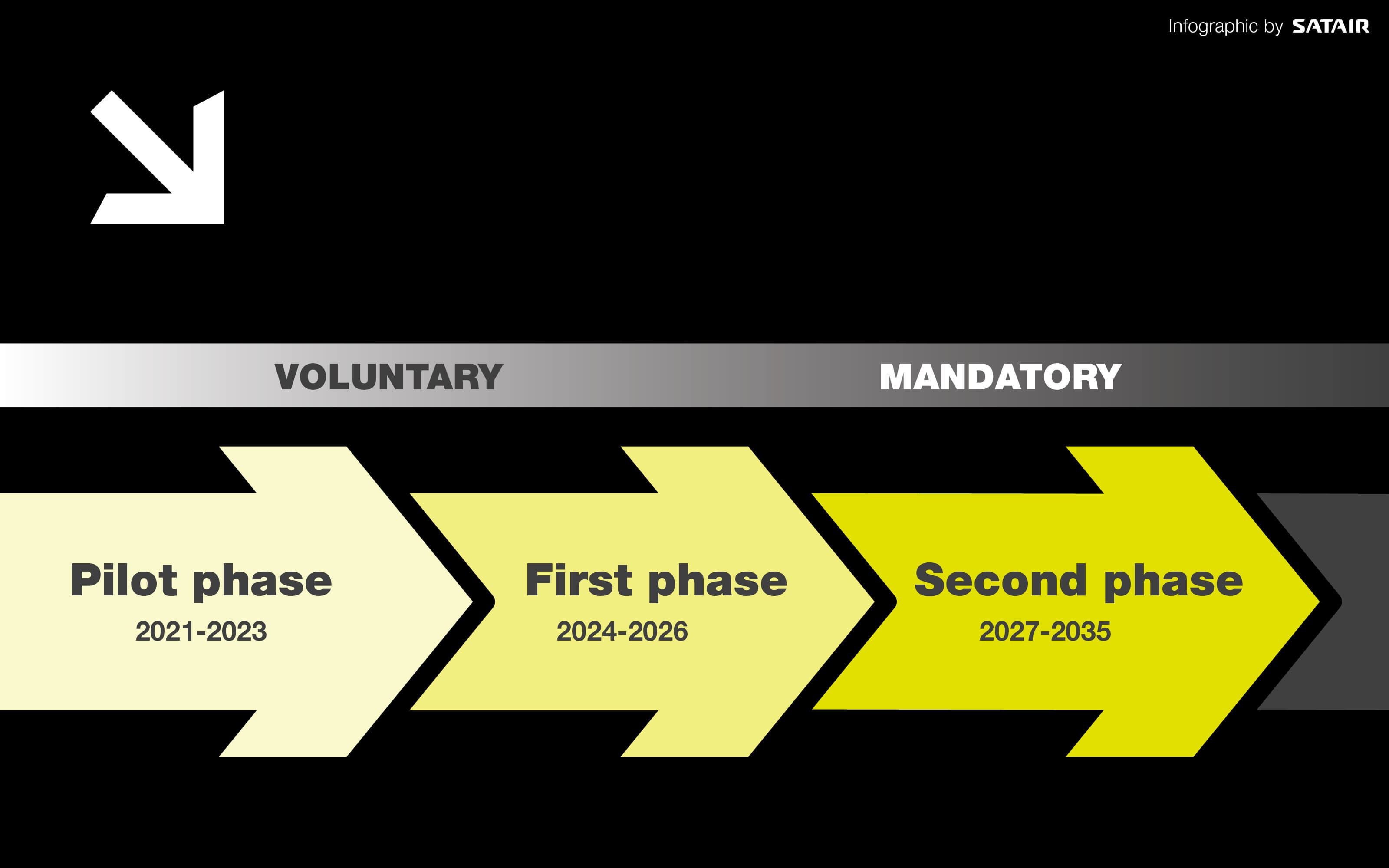 Despite its initial voluntary nature, Michael Gill, the director of aviation environment of the International Air Transport Association (IATA), told the Satair Knowledge Hub that he was “satisfied with the buy-in to date.”

“In particular we are delighted to see that countries have volunteered who would technically be excluded from CORSIA but opted to be a part anyway. This shows the importance and commitments by many of the ICAO states,” Gill said.

Read our full interview with Michael Gill of the IATA here

ICAO expects even more states to join soon and regards the participation so far to be an excellent result. "It demonstrates very clearly that countries see offsetting as a solid component of the multi-faceted approach to emissions reduction in aviation which has been pursued by governments through ICAO for many years now," it says.

Despite the participation of so many countries and the support of industry groups like IATA, CORSIA is not without its detractors.

CORSIA does not encompass the carbon emissions of domestic flights, even though they account for roughly one third of all aviation emissions. This is just one of the criticisms that has been levelled against the scheme.

“CORSIA covers only a tiny part of aviation emissions,” Magdalena Heuwieser, spokesperson for Stay Grounded, a network of 170 organisations campaigning for a climate-just reduction of aviation, told the Satair Knowledge Hub.

Heuwieser called carbon offsetting “a false solution” and accused the aviation industry of being “a greenwashing best practice case”.

“CORSIA is a way for the industry to cheaply buy themselves out of climate commitments and lobby against all the other measures that have been on the plate for so long, like eliminating the fuel and VAT tax exemptions,” she said.

It’s not only “green” groups like Stay Grounded that are opposed to CORSIA and the whole idea of carbon offsets. Even some airlines don’t think too highly of the scheme.

According to IATA, however, a global framework will be much more effective than every airline pursuing its own emissions-reduction plans.

“CORSIA covers 1,000 operators. We believe a global patchwork of schemes would create competitive distortions and could possibly lead to more emissions,” Gill said. “We believe CORSIA is the most effective short to medium term solution for emissions until new low-emissions technology is scaled up.”

CORSIA is in many ways the extension of climate targets set by the aviation industry well over a decade ago. In 2009, the industry set three major goals: improving fuel efficiency by 1.5% every year between 2010-2020; carbon-neutral growth from 2020; and cutting CO2 emissions by 50% of 2005 levels by 2050.

“Offsetting under CORSIA is fundamental to achieving carbon-neutral growth in aviation emissions from 2020,” IATA’s Gill said. 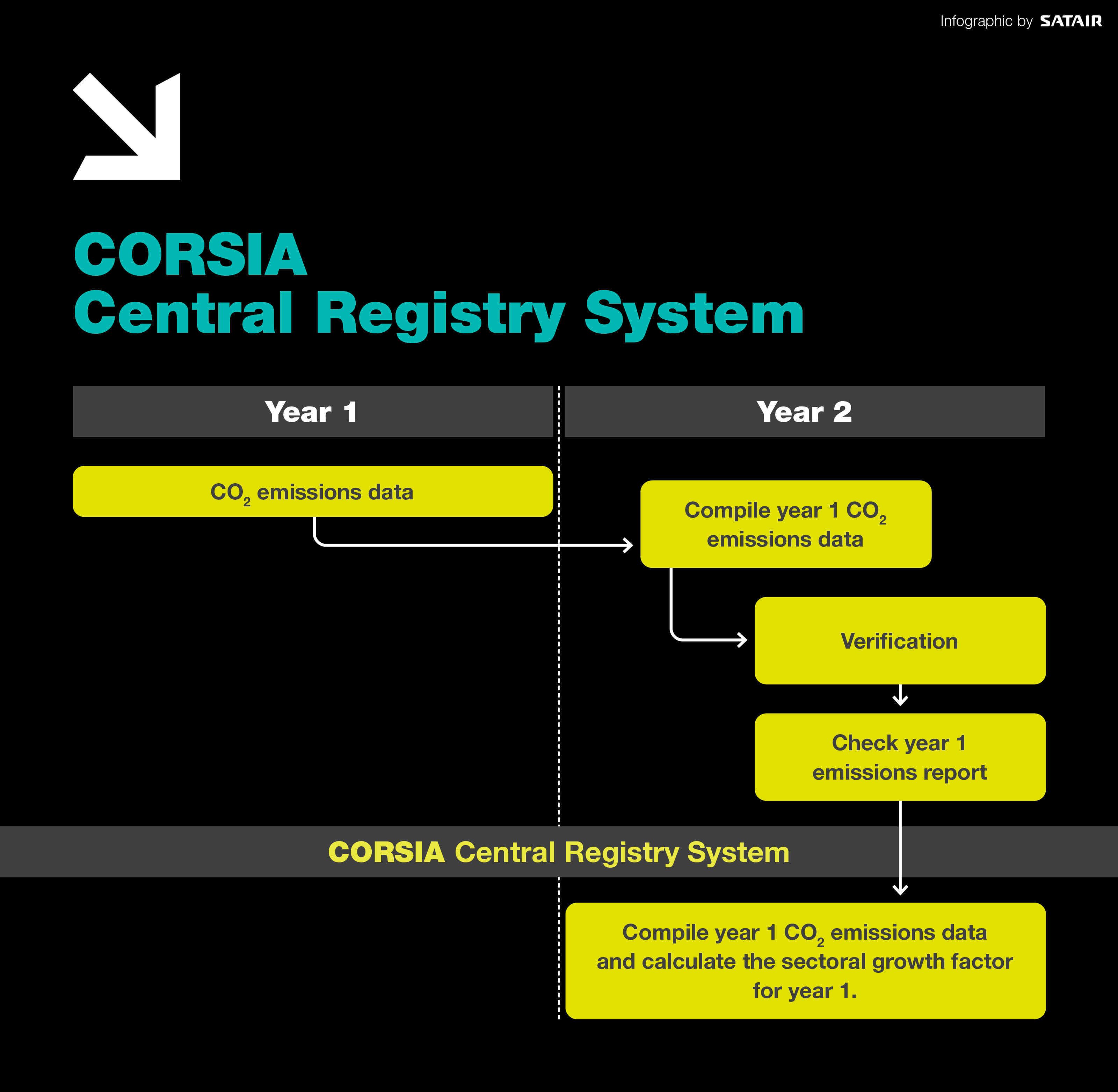 Gill and other industry leaders say that CORSIA is just one element, but a key one, in the aviation sector’s overall environmental commitments.

“It is not widely known that aviation was the first global industry to declare a climate target back in 2009,” he said. “Aviation accounts for about 2% of all global emissions but most surveys show that the public thinks the figure is much higher. But just because it is 2% doesn’t mean we are not focused on sustainability. Safety remains paramount, but sustainability is the metric on which we will be judged for decades to come.”

But critics insist that CORSIA is a fundamentally flawed programme that will not deliver on its ambitions. The umbrella organisation Transport & Environment, which calls itself Europe's leading clean transport campaign group, went so far as to call CORSIA “the worst option for the climate”.

Detractors allege that none of the offsetting programmes approved under CORSIA meets all of the required criteria and that the abundance of cheap (less than €1) carbon offset credits under the scheme does not incentivize airlines to reduce their emissions.

“Offsetting (or the CORSIA rules on it) are no incentive for airlines to reduce their emissions,” Heuwieser said. “Offsetting is cheaper than a kerosene tax or the development of alternative fuels and new propulsion technologies, so it delays action.”

Critics of CORSIA also point out that the scheme covers only around 35% of global aviation CO2 emissions. The lack of participation from key markets such as China, Russia, India, Brazil, and Vietnam and the lack of implementation of binding regulations from others – such as the US – damages the scheme’s ability to neutralise aviation’s emissions growth.

Perhaps the one thing both supporters and critics of CORSIA can agree on is that carbon offsetting cannot be the only approach.

What are the alternatives?

According to IATA, carbon offsetting is just one way the aviation industry is looking to reduce its carbon footprint.

“We envisage that as technology steps up – Sustainable Aviation Fuel, hydrogen, electric-powered flight – offsets will play a diminishing role,” Gill said. “We need to pursue an all-of-the-above strategy. The industry is focusing hard on new technology but inevitably there will be a significant lead time to get production levels to where they need to be.”

And according to ICAO, its member states see CORSIA as a complementary measure to be pursued alongside other areas of emission reduction priority already established through their ICAO cooperation.

Stay Grounded’s Heuwieser is sceptical of that line of reasoning, however. Her organisation argues that “possible future technology should not be an excuse to not act now". For Stay Grounded, what’s more important than carbon offsets or renewable fuels is spurring societal change.

“Cutting aviation emissions is only possible by cutting aviation demand in the frequent flyer countries of the Global North,” she said. Her group supports a ban on short-haul flights, a kerosene tax, and a “frequent flyer levy” that would help finance alternative modes of transport, among other ideas.

The aviation’s sector’s efforts to reduce its CO2 emissions continues to be a topic of interest, debate and in many quarters, controversy. The industry is right to tout the fact that today’s flights emit only roughly half as much CO2 emissions as they did 30 years ago, but what’s true for individual flights isn’t necessarily representative of the big picture. Aviation emissions have doubled since the 1980s and have grown by an average of four to five percent per year since 2010, not counting 2020, when emissions dipped as a result of the pandemic rather than industry initiatives.

As travel begins to pick up again after the pandemic, the aviation industry may want to return to business as usual as quickly as possible. But its emissions problem is not going away and now that CORSIA has begun in earnest, there is a mechanism – however flawed – to monitor its progress. While CORSIA may be a good start, both critics and supporters agree that it will not be enough.