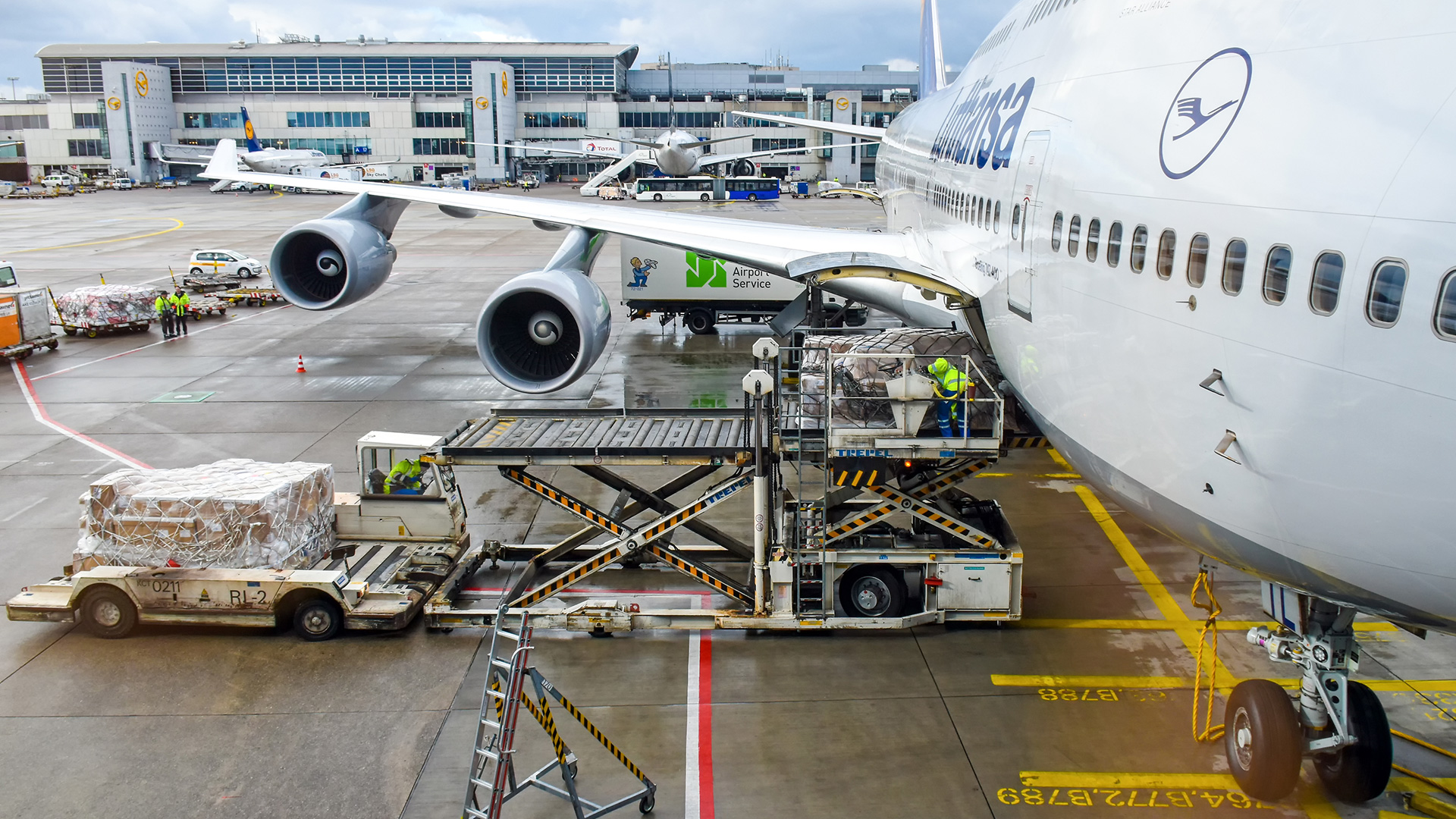 How airlines are aiding in COVID-19 vaccine distribution

The development of several effective COVID-19 vaccines less than a year after the coronavirus was first discovered was a historic triumph for science and human ingenuity. Distributing those vaccines around the world calls for one of the biggest logistics operations ever.

This global achievement is the result of a complicated logistical network in which aviation plays a vital role.

The scale of the challenge is immense. Providing just a single dose to the world’s population of 7.8 billion requires enough vaccines to fill 8,000 Boeing 747s. But two of the leading vaccines, those from Pfizer-BioNTech and Moderna, require two doses. Delivering the roughly 10 billion doses that the world will need over the next two years will require 15,000 flights, according to a study from DHL and McKinsey. That could even prove to be conservative, as other estimates have said 15 billion doses will be needed to ensure global inoculation against COVID-19. 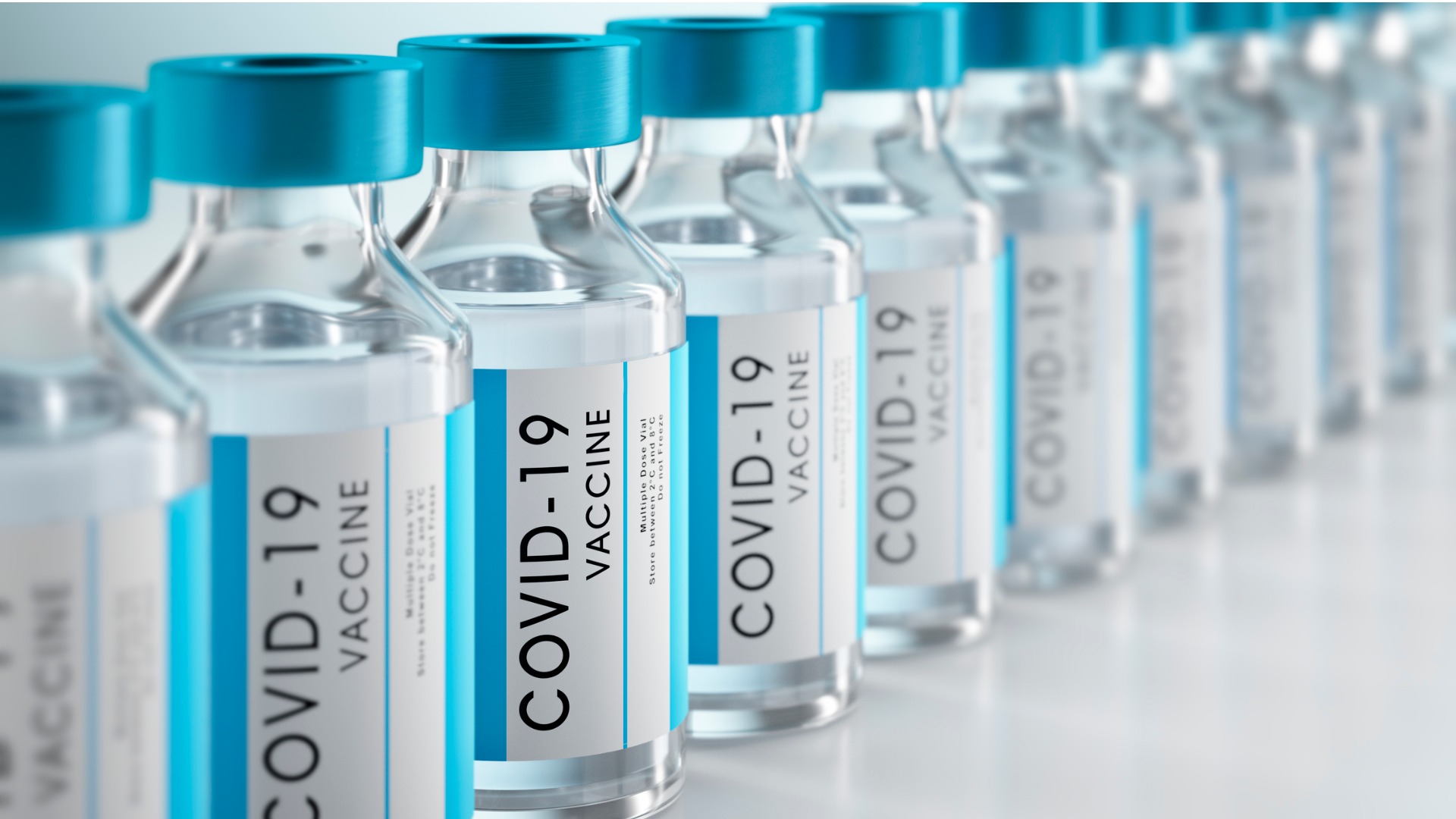 “Mission of the century”

In normal times, existing air connections and logistics networks are used to transport a staggering amount of goods. According to the International Air Transport Association (IATA), airlines typically carry nearly half of the world’s cargo and roughly 80 percent of all e-commerce is transported by air. But these, of course, are not normal times.

Although pharmaceuticals and vaccines have long been transported by air, the scale of the COVID-19 vaccine distribution is unparalleled in modern history. IATA CEO Alexandre de Juniac has called it “the mission of the century for the global air cargo industry” and “largest single transport challenge ever”.

Pfizer alone plans to deliver 1.3 billion doses in 2021. To do so, the company requires cargo space on roughly 20 daily flights operated by logistical delivery giants FedEx, UPS, and DHL International. The total delivery time from a Pfizer distribution centre to the vaccine’s point of use averages just three days.

“Ensuring over a billion people globally have access to our potential vaccine is as critical as developing the vaccine itself,” Pfizer CEO Albert Bourla told the Wall Street Journal.

Beyond the sheer volume of vaccines, there are other factors that make the distribution even more challenging. The Pfizer-BioNTech vaccine, which as of mid-February was the most widely used around the world, has to be stored at ultra-cold temperatures between -80ºC and -60ºC (-112ºF to ‑76ºF). The vaccines are shipped from the manufacturer in thermal containers that use dry ice, creating logistical problems and even safety concerns for airlines.

Before they began shipping the vaccine, airlines had to run extensive stress tests of their supply chain networks to ensure that they would be able to transport the vaccine at those temperatures from point A to point B. Airlines also had to seek regulatory approval to fly with the large amounts of dry ice required to maintain the needed temperatures.

As dry ice breaks down, it changes into a gas form that can deplete oxygen levels in enclosed spaces, posing health risks. For this reason, it is considered a dangerous good by the International Civil Aviation Organization. In addition to seeking regulatory exemption to carry more dry ice than normally allowed, shippers have to use ventilated containers that allow the gas to escape before pressure can build and destroy the packaging. 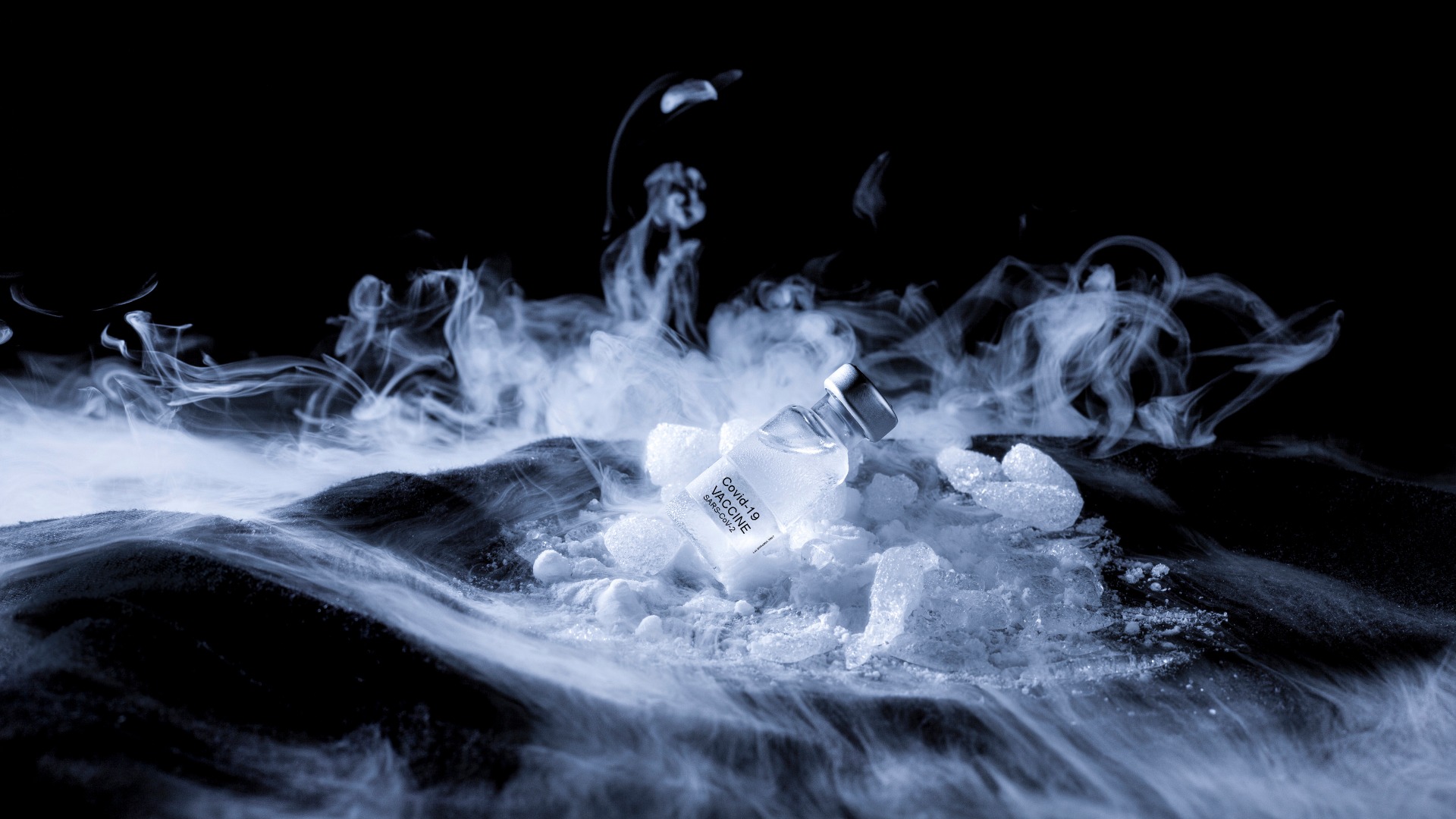 Because the vaccines can spoil if they thaw during transport, airlines also need to develop contingency plans for how to keep them from going bad in the case of long flight delays.

Moderna’s vaccine must also remain frozen throughout the distribution process, although it can be stored within the standard freezer range of -25°C and -15°C (-13°F and 5°F). Other vaccines like the ones from Oxford-AstraZeneca and Johnson & Johnson can be stored and distributed in standard refrigeration units, lessening the logistical burden on distributors.

In the US, commercial passenger airlines play vital supporting roles in Operation Warp Speed, the public-private vaccine development initiative spearheaded by the government. The vaccines purchased through the program are sent across the country by UPS and FedEx, but United, Delta, and American step in to fly the vaccines that the two logistical companies cannot deliver. Smaller regional carriers like Alaskan and Hawaiian also help the vaccines reach more remote areas.

The passenger airlines prepared for the vaccines months in advance, allowing them to begin transport operations mere hours after the Pfizer-BioNTech vaccine earned American regulatory approval in December. In fact, United was flying Pfizer vaccines even before they were approved on chartered cargo flights between Chicago O’Hare and Brussels International Airport in order to position them for quicker distribution. 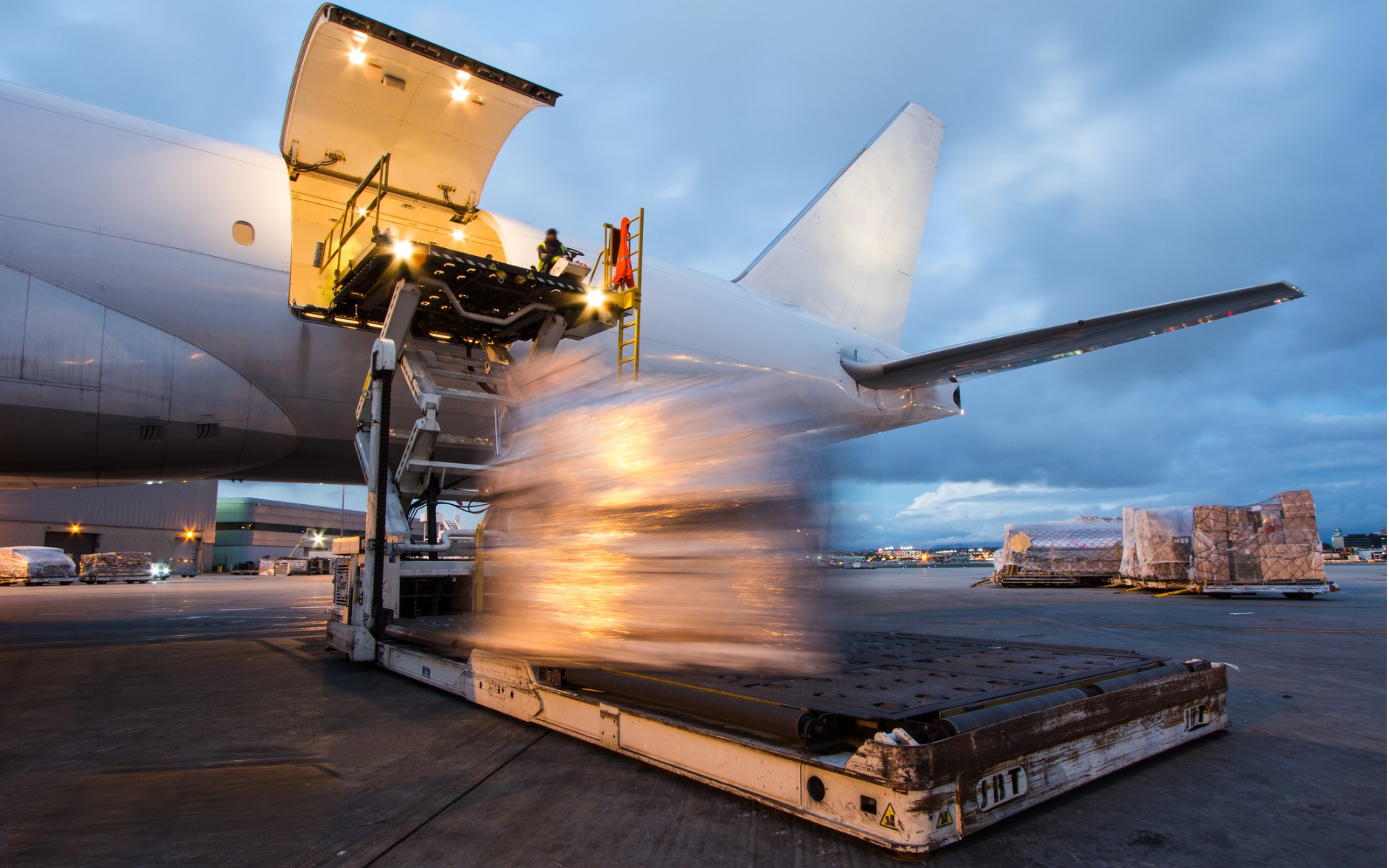 In many cases, commercial carriers, hit hard by the COVID-induced industry downturn, were also active in the fight against the virus long before any vaccines were developed. According to the IATA, some 46,400 special cargo flights transported 1.5 million tonnes of cargo, primarily medical equipment, during the first wave of the pandemic.

With passenger traffic down a crippling 67 percent in 2020, airlines used their passenger aircraft to fly cargo, not only in the belly as usual but sometimes even operating so-called “ghost flights” that carried medical supplies like face masks, gowns and other personal protective equipment (PPE) in their empty cabins and overhead bins.

The distribution of COVID vaccines and PPE is not an entirely altruistic endeavor for airlines. In the midst of the worst crisis in industry history, commercial carriers have short- and long-term economic interests in aiding the distribution efforts. In the short-term, airlines get a much-needed cargo revenue boost, something more important than ever since passenger revenue has fallen so drastically.

“These efforts [passenger carriers flying cargo, ed.] serve the dual purposes of partially alleviating the gap between demand and capacity that has been caused by the grounding of a large percentage of the passenger fleet and allowing the passenger carriers to use their aircraft to create at least some revenue,” Steve Alterman, president of Cargo Airline Association, told Logistics Management.

According to the IATA, cargo volumes fell by 12 percent in 2020 but the agency expects the cargo sector to recover to pre-crisis levels by the end of 2021.

In the long-term, airlines know that an industry rebound is highly dependent on the speed of vaccinations. In today’s connected world, that also means ensuring that vaccines reach lower-income countries.

Reports have suggested that, without international support, it may be as late as 2023 before low-income countries can carry out widespread vaccinations thus extending the global risk of infectious spread. In response to this global challenge, over a dozen major aviation companies partnered with UNICEF in mid-February to prioritize the delivery of vaccines and PPE to the World Health Organization’s COVAX programme that aims to ensure global equitable access to the vaccines.

“The participation of the airline industry is vital to support equal access to vaccines worldwide,” UNICEF said in a statement. “The initiative will also act as a global logistics preparedness mechanism for other humanitarian and health crises over the longer term.”

The coronavirus pandemic was fuelled in large part by the interconnected nature of today's world and air travel that allows people to easily and quickly cross national borders. But the same networks that sped the spread of the virus are now helping bring about the end of it.

The global logistical networks that are distributing COVID vaccines are just as important as the scientific breakthroughs that gave us the vaccines in the first place. At the heart of that transport infrastructure is aviation. From passenger airlines to cargo carriers, the entire aviation industry is helping to quickly, safely and efficiently move vaccines from pharmaceutical companies and into the hands of doctors and nurses around the world.