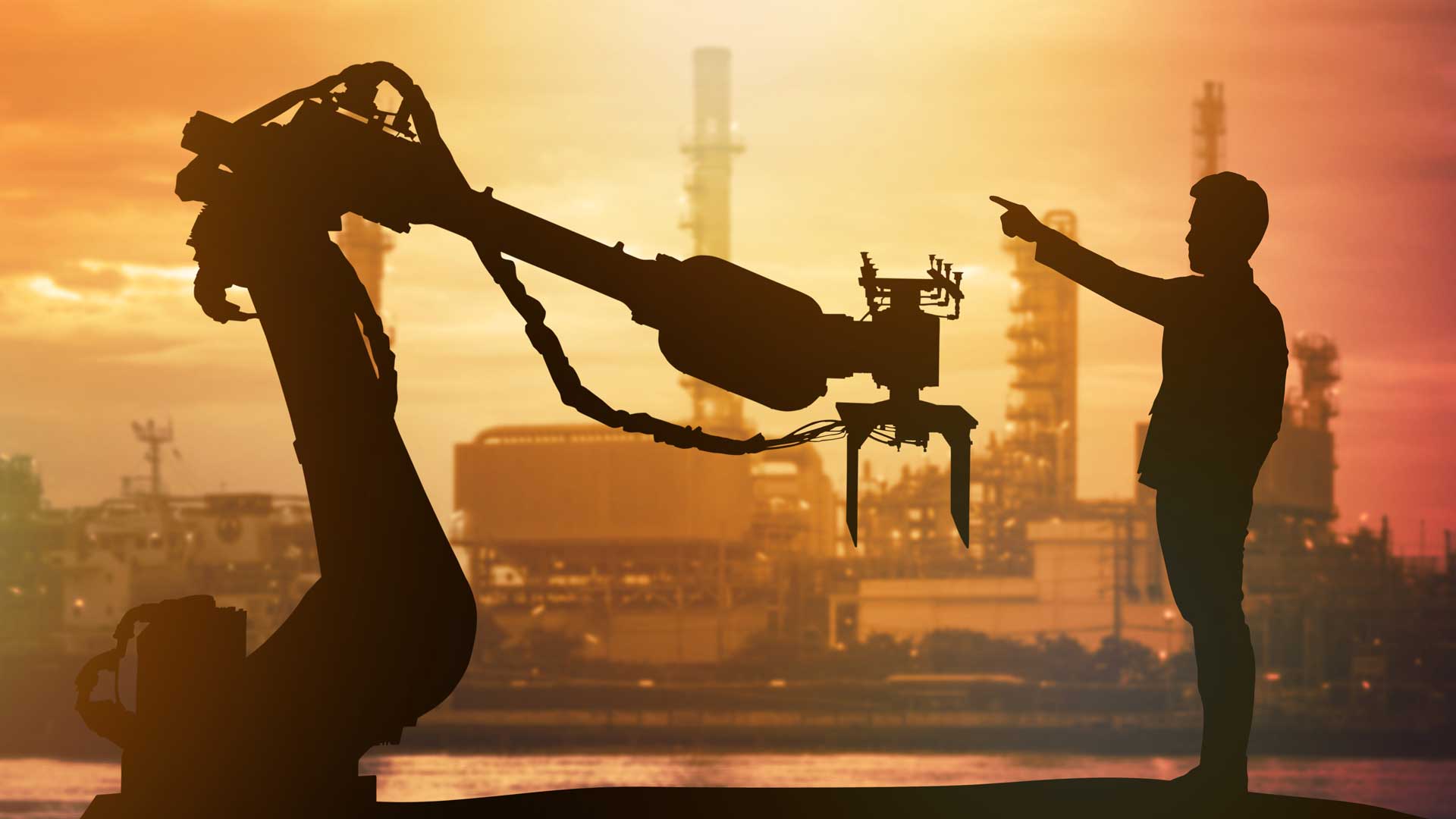 Five emerging technologies that will change the MRO industry

The area of aircraft maintenance has moved quite slow compared to the speed of technological developments. While new technology has been embraced to better detect damaged parts or optimise repairs processes, aircraft maintenance is still overwhelming human and dependent on touch maintenance. Five future MRO technologies being explored today, though, threaten a paradigm shift in the industry.

The MRO industry, still almost excessively dependent on human labour and roughly a decade behind industries like the pharmaceutical industry and medical devices in terms of technology adoption, may be undergoing a shakeup.

By this we mean, new hardware and software advances have opened the door to automation. This is not to say robots will be replacing aircraft mechanics, but they’ll likely be heavily aiding them. This has the potential to reduce MRO costs for aircraft operators and lessors.

READ MORE ABOUT:
The five biggest challenges with additive manufacturing.

At MRO Europe 2018, a number of experts got together to discuss the latest and greatest in disruptive technologies that could reshape MRO as we know and the challenges that innovation can bring. We had the pleasure of joining the conversation. Here’s what we heard. Robotics is on the rise among MROs

Robotics in MRO was a hot topic at this year’s MRO Europe 2018. In fact, all panellists at the New Technology in MRO session said their organisations are pursuing robotics in one way or another. Robotics, therefore, is one of the fastest growing new MRO technologies to keep an eye out for.

When we think about robots, it’s often veiled in the fear that robots will make our jobs irrelevant. At the moment, this couldn’t be further from the truth.

More often than not, robots simply aid labours with routine or precision-oriented tasks. They can even be used to take on labour-intensive work that could pose a safety risk for humans.

While not appropriate for all applications, robots have a number of potential uses for achieving greater efficiencies in the MRO world. This is particularly critical now, as skilled labour is in short supply in the industry and labour costs are climbing.

»We’re looking at how robotics can help us improve efficiency. Labour costs are rising rapidly, so we basically want to see how we can automate and use robotics to improve efficiency and do better,« says Goh Poh Loh, Executive Vice President at Singapore Technologies Aerospace Ltd, of the use of robotics in his company.

We’re seeing MRO robotics applied to everything from single parts repairs and carbon fibre machining to intricate inspection tasks through miniaturization, whereby robots can be used for the inspection of components that are otherwise difficult for humans to gain access to.

There are some robotics solutions in the pipeline that are sure to be future game changers, namely Rolls-Royce’s “swarm” robots. These 1-cm-long robots would be designed to crawl through engines, capturing images and sending them back to technicians for diagnostics. They’re the first step in Roll-Royce’s ambition to develop a series of miniature robots that could remove and replace defective components.

While definitely inspiring, such a solution is far off from being realisable, and can generally be seen as the exception, rather than the norm, of how robotics is being used and talked about in MRO today. For the most part, robotics are being discussed as valuable for automation of inspection tasks and restricted to less critical aircraft systems. While new applications are certainly on the horizon, it may be a while before we see them. 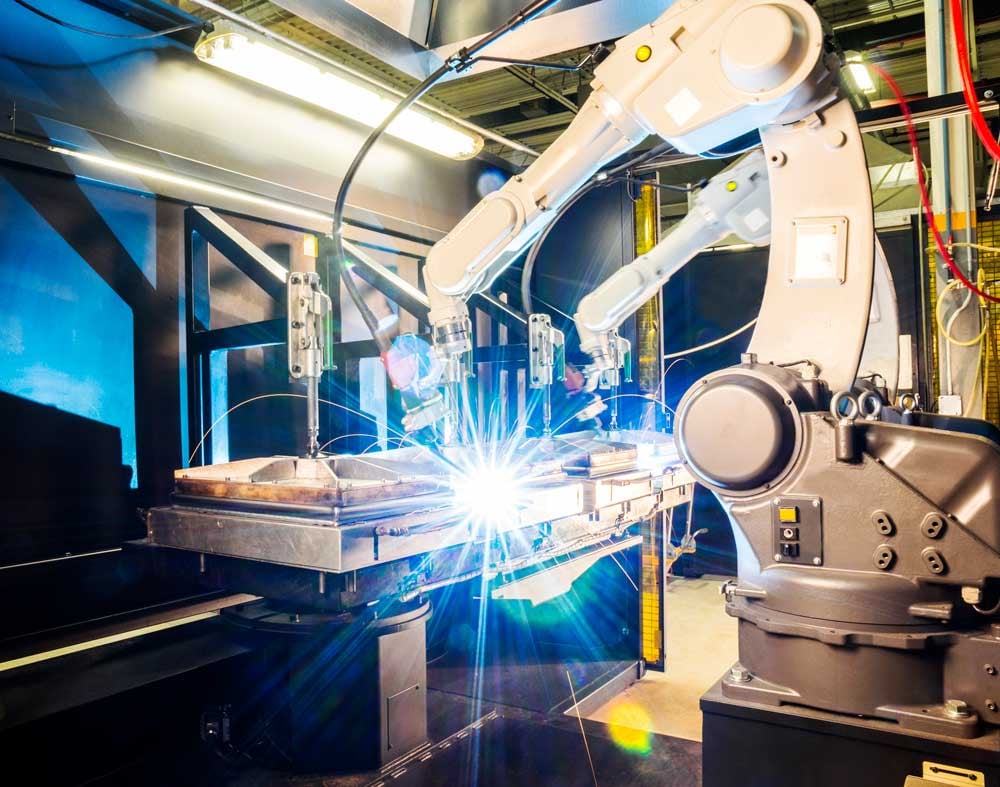 Drones in the Sky

Drones were, once again, another hot topic and it's another future MRO technology to keep an eye out for. Often spoken about in the same vein as robotics, drones are being used today for applications, such as remote plane inspection.

EasyJet and Thomas Cook Airlines, for example, make use of the RAPID (Remote Automated Plane Inspection and Dissemination) system, an autonomous drone for inspection of the exteriors of planes.

Facing similar friction as robotics in general, drones are seen as a handy tool, but there is still an overwhelming scepticism in the industry with regard to further applications. It’s widely agreed upon in the industry, however, that despite scepticism, progression seems inevitable.

The slow rate of adoption, when compared to other industries, is not exactly due to a lack of availability or opportunities – drones have become increasingly available at more affordable price tags.

Instead, the sentiment seems to be that the use of drones, or robotics for that matter – not particularly flexible or suited for process adaptation at this moment – would be a risky move, or at the very least prove inefficient, as line maintenance might need to check up on their work.

On top of this, you have the bad press that drones have been receiving because of legislative crackdowns and negative uses of the technology. So maybe robots and drones won’t be running the maintenance game anytime soon, but all evidence points to its increased prevalence.

READ MORE ABOUT:
How do you foster an innovative environment? Join a group of aviation executives as they discuss their strategies.

Another widely discussed topic, being pursued already is additive manufacturing (AM), which refers to the use of computer-aided-design (CAD) software or 3D object scanners to create 3D printed goods.

As a future MRO technology, AM can enable the ability to seamlessly print replacement parts that are strong, durable, lightweight and quick as well as inexpensive to create – not to mention, they dramatically reduce inventory costs for maintenance providers.

As the name implies, AM involves adding material in layers to create an object. This process, as opposed to traditional manufacturing, which involves carving or shaping the final object, lends itself to less scrap or waste in the process.

For that, OEMs are still generally relied on, although this is changing. Companies such as Lufthansa Technik and Air France Industries KLM Engineering and Maintenance are pursuing metal printing to apply AM to a wider variety of components.

With in-service feedback capabilities, AM parts can be continuously improved, as new specifications can be input with ease at the next printing. This inexpensive iteration definitely ups the likelihood that AM parts will quickly become competitive and have a high likelihood of reshaping the way aircraft components are manufactured in the long run.

READ MORE ABOUT:
What are the opportunities and risks associated with additive manufacturing? 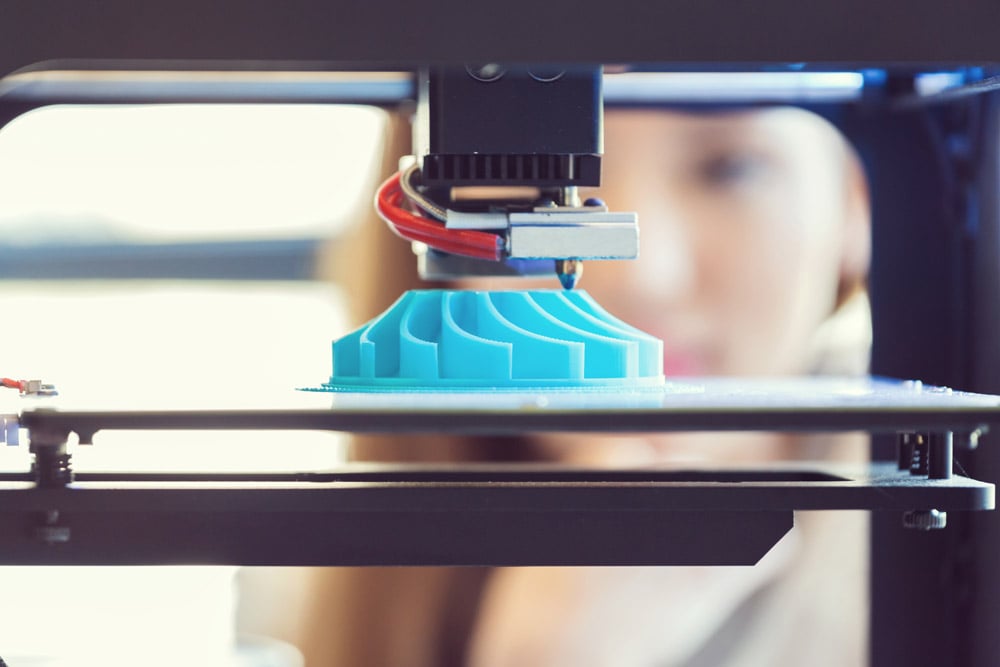 Another big point of conversation in MRO is data analytics, leading itself to developments in artificial intelligence as well as machine learning. While it’s a bit flashier to talk about robotics changing MRO, it would perhaps be more accurate to say that it is developments in data collection, analysis and implantation through machine learning and artificial intelligence (AI).

The above-cited issue with robotics – difficulties in dealing with variable tasks – is something that we’re already beginning to see MROs overcome. This is happening through advances in machine learning, powered by mass data that machines learn to recognise patterns in – essentially turning variable into predictable.

With major increases in the availability of data, pulling from the abundance of sensors present on modern aircraft and better data routers, it can be said that we’re currently sitting with the building blocks to better processes. What is needed, though, is a way to put this data into play, to analyse it and make predictions that can effectively take the variability out of processes. This is what these advances will offer the industry.

According to Goh Poh Loh, Executive Vice President at Singapore Technologies Aerospace Ltd, these advances may mean the ability for MRO providers to keep their competitive positions in an industry where they’re increasingly being squeezed out.

What happens when you start combining the above-mentioned technologies? You get intelligent machines.

Intelligent machines can be as simple as common tools made smarter by adding a Wi-Fi connection. An example of this could be the Wi-Fi connected torque wrench, that when used in conjunction with GE tested smart glasses can instruct mechanics of the correct amount of torque to apply.

Where intelligent machines really get interesting, though, is when machine learning is combined with advanced robotics. Such an example is Lufthansa Technik’s enhanced mechanical arms.

Complete with added sensors and wireless communications, these intelligent machines have the potential to bring about human-robot collaboration, by enabling robots to respond to vocal or image-based commands.

READ MORE ABOUT:
Is it possible to predict unforeseen events? PHM-solutions are on the rise and it could have a profound impact on the aircraft maintenance business.

Why should airlines reassess their digital strategies going forward?

Automation in aviation in a post-pandemic world

Five challenges of additive manufacturing in the aviation industry