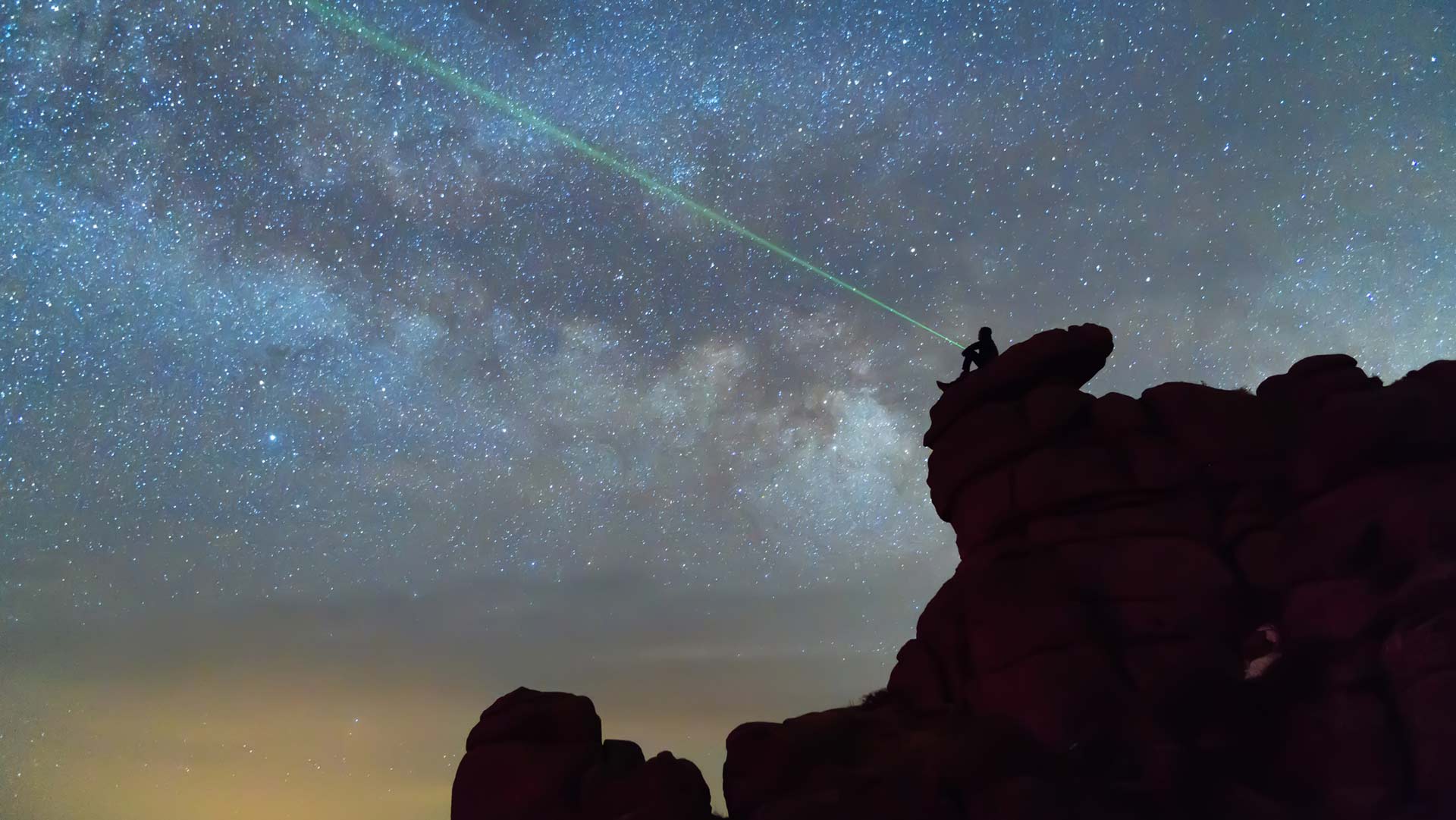 Ban the lasers or fight the lasers? How to mitigate laser attacks

With one, simple google search, it is now easier than ever to acquire a laser pointer powerful enough to cause real damage, if used with reckless or malicious intent. All across the globe, they these lasers are becoming a significant safety concern for anyone operating within the aviation industry.

LEARN MORE ABOUT:
How laser attacks are affecting the airline industry.

In this article, we will be looking at why laser pointer attacks are such a serious safety issue for helicopter pilots. We will look at how local and governmental legislations are combating the problem, by deeming malicious laser attacks a criminal offence, and we will be investigating what helicopter pilots can do to protect themselves against the growing threat.

On the off chance that you might be planning a life of reckless behaviour in your extracurricular time, we suggest that aiming a laser pointer at a police helicopter might not be the brightest place to start. All across the globe, countries and cities are taking a harder stance on laser-pointer related crimes–many of which resulting in jail time.

Although facing jail time–for what some might consider a harmless prank–could quell the numbers of those tempted to shine a laser pointer at a police helicopter, it still does not address the protection of the pilots when laser attacks do happen.

Is this a new threat?

Laser pointer attacks are not a new thing. Since laser pointers were made available to the public in the early 2000s, there have been reported incidents of them being aimed at aircraft. The real problem is with the growing number of occurrences which happen each year, and the availability of increasingly powerful lasers.

During our research, we found that the U.K has the most significant number of criminal charges brought against people using laser pointers against police helicopters. And those are just a few out of thousands each year that make the various local news sources. In March of this year, a man was jailed for a month, after blinding a police helicopter with a laser, which interrupted a search for a knife gang.

Reported in an article in Northamptonshire's Metro newspaper, Police Commissioner Dom Preece stated, "the perpetrator actions that night were completely reckless and dangerous, and I am glad that he has been rewarded with a prison sentence. He endangered the lives of those inside the helicopter as well as the people on the ground and I hope his six months' imprisonment will serve as a warning to others who may think it's acceptable to shine a laser at any aircraft."

Surprisingly, various local news reports on helicopter laser attacks go back over a decade. In 2018,  a 16 year boy was arrested by police in Denmark for targeting a national guard helicopter.  In 2016, a police helicopter was maliciously targeted in Luxembourg. In 2017, a 6-year-old boy with a laser pointer blinded helicopter pilots in the midst of an organ transport in the Czech Republic. In 2014, an Ottawa air ambulance was hit, leaving the “pilot with serious eye damage.”

These stories go on and on, and now the punishment for the crime is escalating from country to country. What was once seen as a nuisance, is now being punished by high monetary fines or long jail-time.

Whether the urgency around this issue is gaining momentum because of the rising number of incidents reported, or whether it's the severity of damages they cause, is purely speculative. Regardless, it cannot be ignored that all across the globe, governments and municipalities have been cracking down on the malicious use of laser pointers on aircraft.

In the U.K, 2018 saw the introduction of the Laser Misuse Act, which “removed the need for police officers to prove ‘intention of endangering, so offenders can no longer hide behind the claim they ‘did it by accident.”

While the perpetrator in the recent U.K attack (mentioned above) only received 6 months of prison time, our research found the harshest punishment was in Luxembourg–where the crime can get you 5 to 10 years of prison time.

Are prosecution and legislation enough?

One of the most significant problems that local police and governments have in combating the issue of laser attacks has to do with the widespread availability of military-grade laser pointers. A simple search on Google will give you results on Amazon, eBay and a host of other e-commerce websites where you can purchase high powered lasers.

Individual governmental legislation will continue to escalate, but until there is widespread global adoption of rules and regulation, it's simply not enough to stem the tide. In many cases, local police departments have settled on campaigns for public awareness and watchdog systems for reporting suspect laser misuse.

Several eye protection equipment solutions are already on the market, but it's important to distinguish between the various types of laser protection.

Much of the laser protection you can find in a Google search is what is referred to as LEP (Laser eye protection). This is laser protection meant for laboratory, medicinal, non-aviation military, industrial or general use. These solutions work to protect the eyes from more direct and concentrated laser exposure but often hasa much higher optical density (OD) to block out the laser light. Pilots are not recommended to use LEP equipment, as it could impair vision and the pilot's ability to perform flight duties. 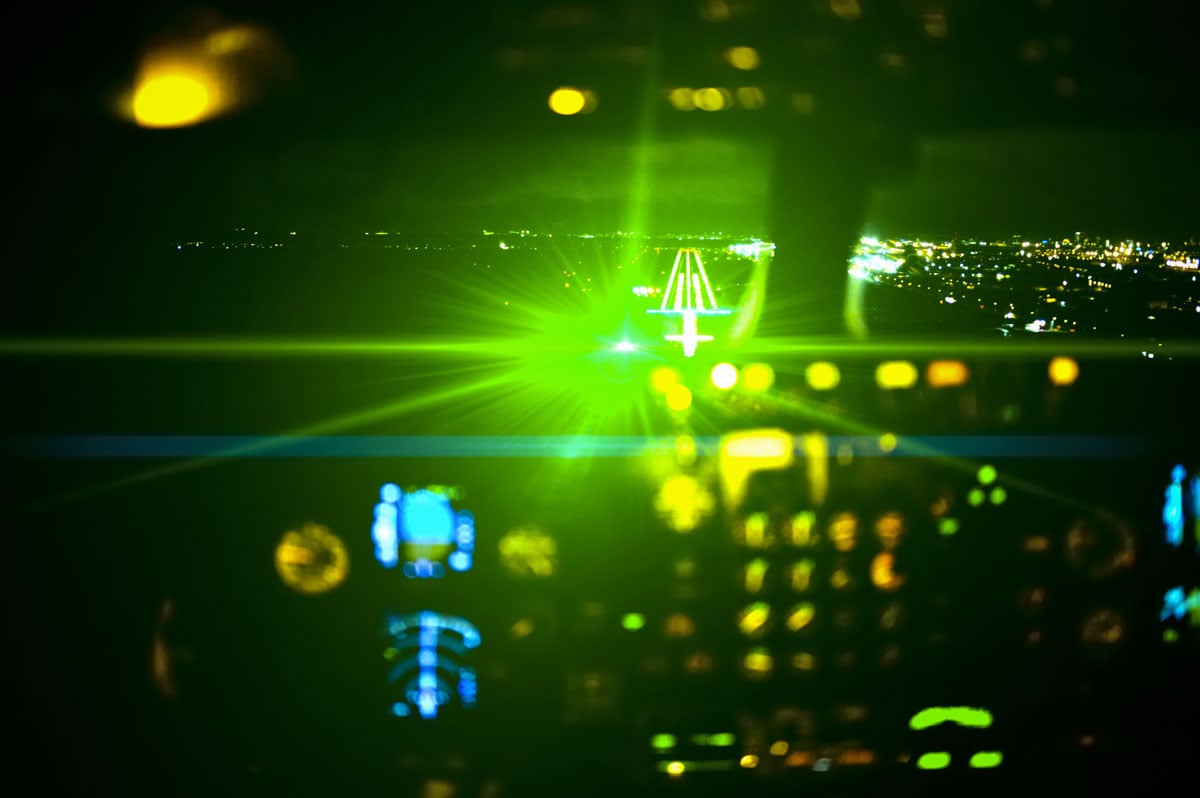 What pilots should be using is LGP (laser glare protection). This is laser protection that is specifically designed to block out specific wavelengths of laser light, without inhibiting a pilot ability to perform or see correctly. In other words, this is laser protection, which is tailored to omit specific types of light wavelengths–such as 532-nanometer green, which makes up 90% of laser incident reports–without tinting the visual spectrum. We go into a lot more detail about this in Laser protection: The science, the tech, and what is right for you.

The most direct way to mitigate the risk of laser attack would be through the combination of stricter legislation and reliable laser protection for pilots. While advocating for more stringent laws and punishment will affect the long term, investing in laser protection is a short-term win that should not be ignored.