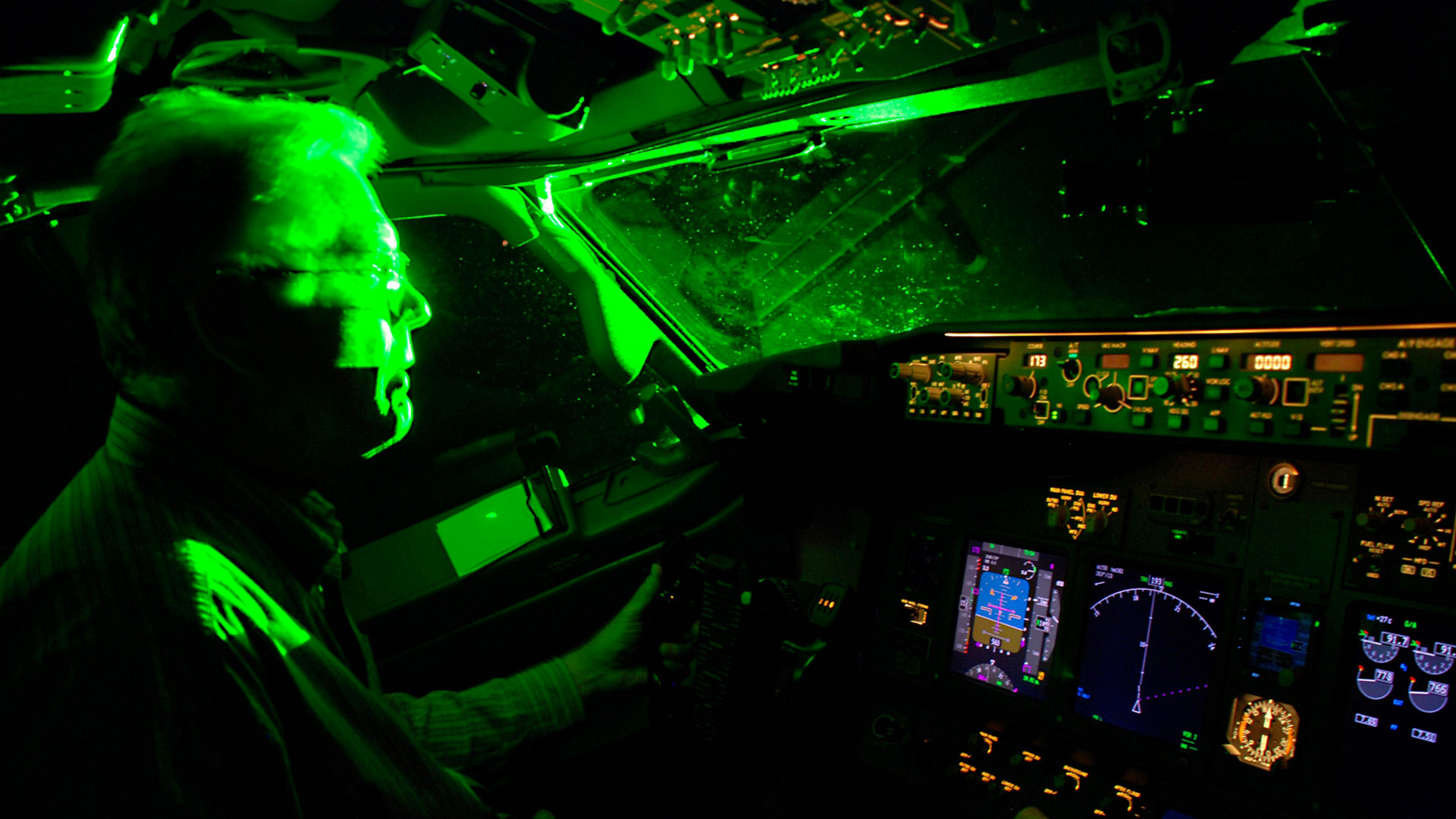 Despite the rising level of concern for the dangers which laser pointers are posing in the field of aviation, the number of laser attacks on cockpits keeps growing. In this article, we explore why laser protection equipment isn't yet an industry standard, what steps are being taken to lessen the risk proactively, and what countries are cracking down on the root of the problem–the laser pointers themselves.

In this article, we explore why laser protection equipment isn't yet an industry standard. We look a what steps are being taken to lessen the risk proactively, and what countries are cracking down on the root of the problem–the laser pointers themselves.

RELATED ARTICLE:
Blinded by the lights: The rising threat of laser attacks

From pilot to procurement

Until recently, part of the issue behind the lack of clear standards within the aviation industry was that lack of distinction as to who was responsible for it.

Legislation on the procurement and misuse of lasers, if it exists at all, still differs from country to country. Within the aviation industry, procurement of laser protection glasses has traditionally fallen on pilots. And amongst pilots, many simply resolve themselves to a life where laser strikes are a reality, until laser pointers are regulated. 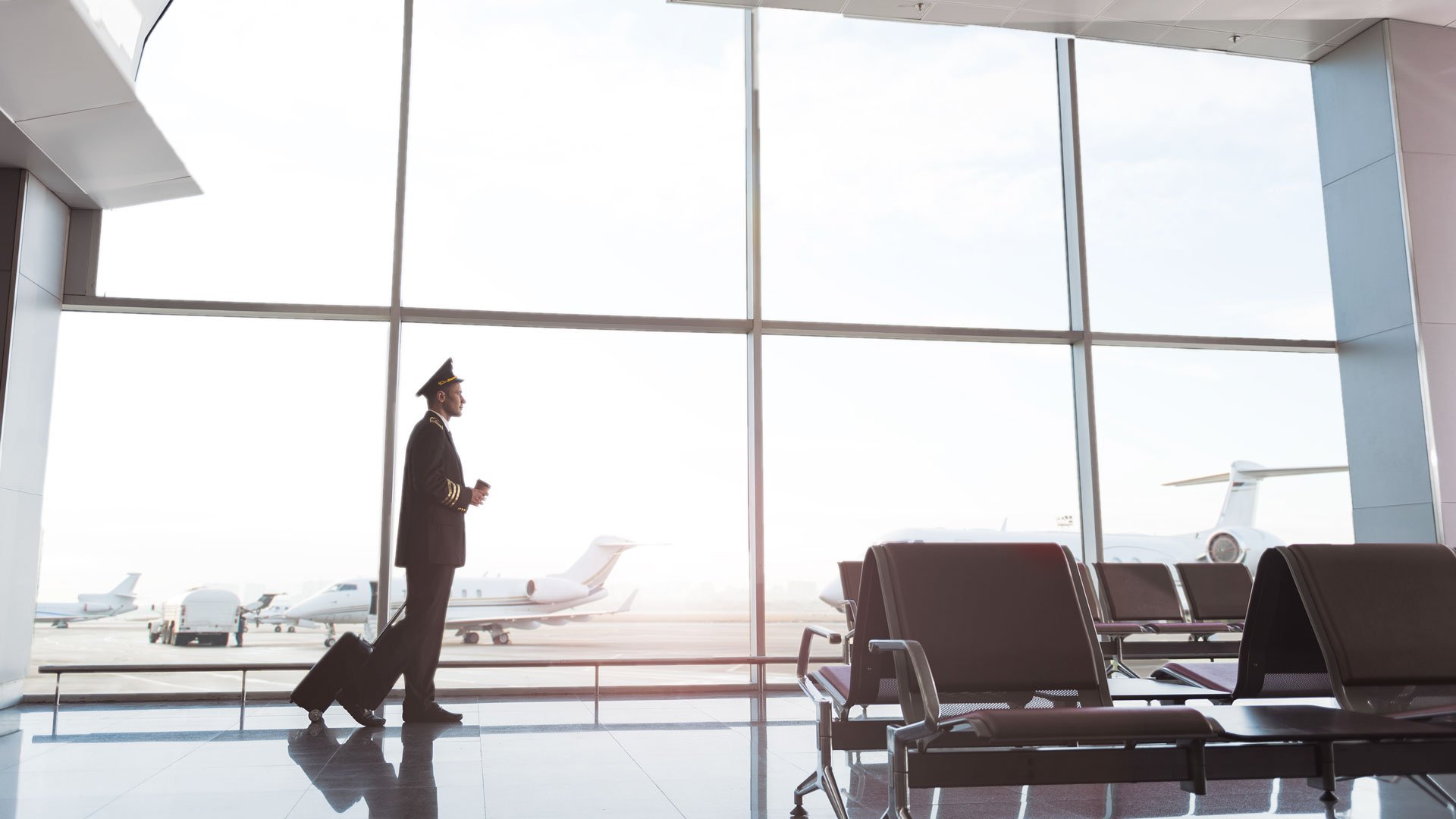 Over the last decade, a resounding voice has been quietly compiling a vast database of in-depth articles and research around the field of laser safety and laser attacks. We spoke to this voice, one Patrick Murphy of laserpointersafety.com, to get his thoughts on why the industry regulatory organisations are not requiring laser protection glasses.

» Laser protection glasses have traditionally just been thought of like sunglasses, which pilots can purchase on their own if they want to use them, but which are not required or regulated by FAA, « states Murphy.

HEAR WHAT PILOT'S THINK, STRAIGHT FROM THE SOURCE:
Struck by a laser. A pilot recalls his experiences.

» Another part of the issue is pilots thinking that the problem with lasers is not theirs to mitigate. There is kind of a belief that if you just ban laser pointer from being used on the ground, then that will solve the problem. There is also the issue with industry not really placing a serious urgency on the issue. You know, until something really bad happens, they may not do anything about it.”

» From 2004 to 2019, there has been a total of over 75,000 officially reported laser/aircraft incidents, in six countries worldwide, with 2/3 being in the U.S. Out of the millions of flights every year, someone could look at the 75,000 incidents in two different ways. One is that this is playing with probability; sometime in the future something bad is going to happen. The other is that, if nothing overtly terrible has happened out of those 75,000 times, then there are other aviation safety priorities to attend to. «

Insights from the industry

This mentality is changing, though, as the sense of urgency around the topic escalates, with the rising number of annual laser incidents, and the growing threat to safety and operations.

RELATED ARTICLE:
Revenue disappearing in a flash: The flight costs of laser attacks.

According to a statement from IATA's Senior Vice President of Safety and Flight Operations, Gilberto Lopez Meyer, they are working their partners to place a real urgency on the issue:

» Laser attacks on commercial airliners are an emerging safety threat and people engaging in such reckless acts need to be prosecuted to the full extent of the law. IATA continues to work with industry partners and with ICAO to raise awareness of the dangers of laser attacks and to improve regulations to deter it. «

It's clear from the information being distributed by IATA, ICAO, EASA, and the FAA–across various sources–that there is a clear focus on promoting and driving awareness around the rising threat of laser attacks, providing watchdog programs, where people can report laser pointer sightings, and for influencing legislation to enforce more restrictive laws about the purchasing and use of laser pointer devices. But the responsibility for protecting the safety of the pilots and the passengers is falling on the airlines themselves.

Should we wait for governments to fix it?

It could be argued that waiting for global government consensus on how to regulate the availability and use of laser pointers almost seems like begging for trouble. While prevention at the source would be the ideal situation in a perfect world, reaching a global agreement on the matter could take years–while the issue is escalating, and the risk of danger is growing.

It's clear the action should be taken within the aviation industry, and within the similar industries affected by laser pointer attacks–such as law enforcement and the military. Fortunately, beyond the growing overall need for more awareness and urgency to be put on the issue of laser attack prevention, the proactive solution is rather simple and inexpensive.

Procurement. Procurement. Procurement. The most effective and available solution for protecting pilots, passengers, and overall operational excellence is for airlines to procure laser protection safety glasses for pilots and make it a required part of their flight gear. There is a wide selection of companies that provide laser protection safety glasses, but only a few are which are explicitly tested for flight use. To find out which brand meets the highest safety standards, read our article on Laser protection. The science, the tech, and what is right for you.