Why choose VMI as SaaS?

Both Vendor Managed Inventory (VMI) and Software as a Service (SaaS) have existed for many years, but how does this approach to VMI differ from a locally hosted solution? Get the answer right here.

Trust. It is probably the single most important aspect of any Vendor Managed Inventory solution. Handing over the responsibility of your inventory to a business partner requires a lot of it.

VMI in a digital age

Since 1991, TrueCommerce Datalliance has connected suppliers with buyers through VMI-solutions, and in 1995 they began offering it as “Software as a Service”.

As a pioneer in this field and with almost 25 years of experience, TrueCommerce Datalliance knows just about everything related to VMI and SaaS. And according to David Hall, Analytics Project Manager, the core aspect of VMI remains the same regardless of the technology.

»Any time you enter into a VMI-relationship, building that relationship on trust is very important. And adding a third party, a VMI-provider, can help as well as harm,« he says.

It’s clear that choosing a SaaS-solution doesn’t change the fundamental premise of trust. There are, however, some clear benefits to the SaaS approach.

EXPLORE:
VMI is just one empowering service that airlines and MROs can employ to increase efficiency – explore more services here.

One of the main benefits to VMI as SaaS is the relatively low upfront investment required. Since the VMI-provider already has the system and servers ready, the supplier and the buyer don’t need to acquire new hardware or increase their IT resources themselves.

»At the most basic level, VMI as SaaS requires the buyer to be able to produce a product activity file, as well as to be able to receive a purchase order acknowledgement. That’s it,« says David Hall.

This process makes the SaaS approach to VMI very accessible and therefore beneficial to companies who want to try a VMI service, but aren’t willing to invest the resources needed to support a locally hosted solution.

»If a vendor has a customer that comes in and says “hey we want to try VMI”, it is much easier to get started using SaaS,« says David Hall.

For VMI to be as effective as possible, it’s a good idea for the buyer to share their activity history with the VMI-provider to take advantage of the learnings hidden away in regards to fluctuations in demand, the frequency of sales and more. 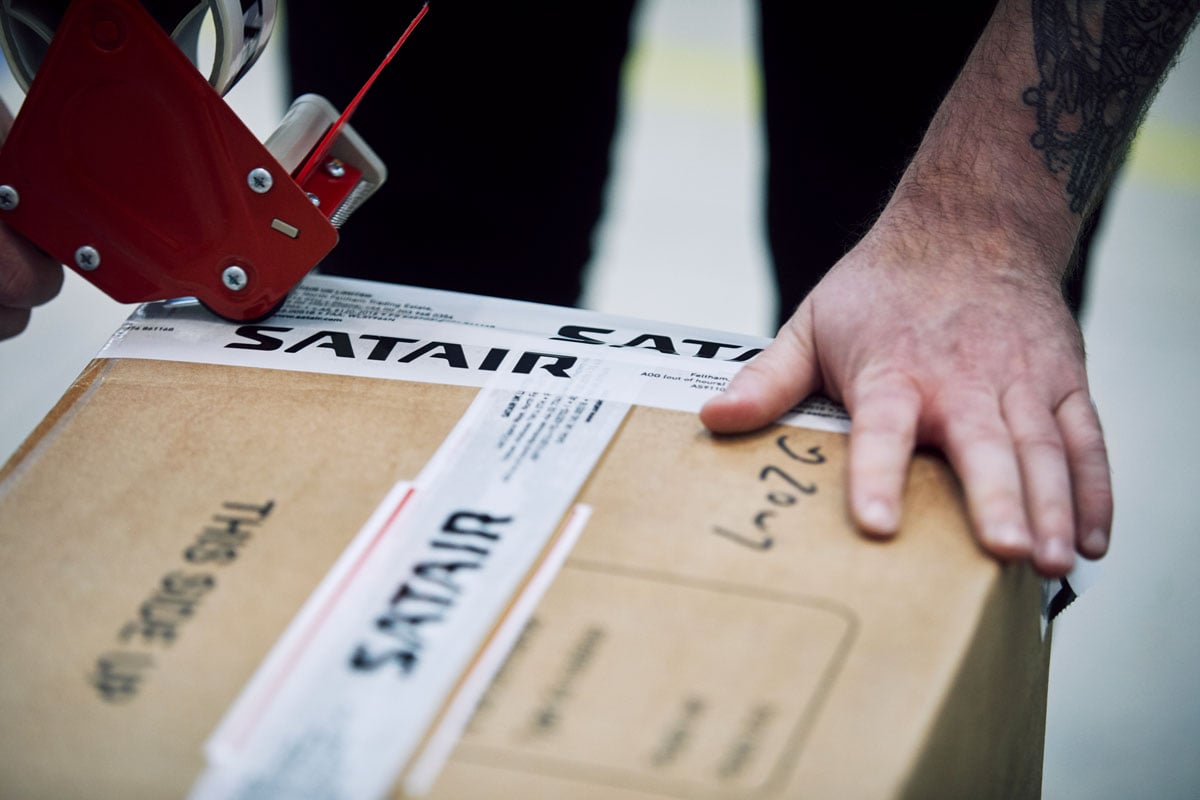 As your company and the number of customers grow, you would typically need to invest in more hardware, adding new layers of complexity to your software. With a SaaS approach, growing is about as easy as flicking a switch, according to David Hall.

»Because so much in VMI is based on the idea of connectivity, it’s easy for an experienced SaaS provider to adjust the scalability because the buyer doesn't have to learn how to connect to every new supplier or distributor,« says David Hall.

Related to the issue of scalability is the option to add software and new functionality on the fly, as well as updates to the core system.

»One of the things that makes SaaS really wonderful, is that because it is delivered online, there can be updates and access to software that doesn't require any work from the supplier,« says David Hall.

Something like adding a new inventory model might take up a lot of resources to do yourself, but through a SaaS, it’s a quick and easy task, according to David Hall.

»A SaaS provider has these systems built in, so adding a whole module is a matter of turning it on. Doing this stuff yourself is much more difficult,« he explains.

Where do you want your data?

»Any time you are talking SaaS, you are putting your data into the cloud. That has benefits but it also has drawbacks,« says the Analytics Project Manager from Datalliance.

READ ALONG:
Data continues to be a hot theme in aviation. Get the highlights of the data discussion from MRO Europe 2018 here.

Data can be sensitive and it might feel safer to keep it close, on a local server. In that case responsibility for keeping it safe also lies locally and that requires updates. As cyber attacks evolve and change, so must your safeguards, which cost a lot of resources.

»Data security is a concern, but it’s not like doing it yourself would eliminate the risk, the concern just moves where the data is,« says David Hall, who would rather put the responsibility on the SaaS provider, who has specialized knowledge in that field.

A stable connection is key

Finally, any SaaS solution relies on the internet. Therefore it is imperative to have a stable connection.

LEARN MORE ABOUT:
Why the connected aircraft could save the industry billions

»Obviously, the VMI provider needs to be connected and whoever has to interact with the system needs to be able to do that over the internet. So being able to connect to the internet from both directions is important,« explains David Hall.

As connections have improved, it has become less of an issue, but it still depends somewhat on your location, so it is a good idea to keep in mind if you’re interested in a SaaS solution.

Could you do it better?

When trying to differentiate between hosted VMI and SaaS, it comes down to whether you are willing to let your data sit somewhere outside your organisation, to gain the scalability as well as the lower cost of entry. And on top of that any innovations you are likely to get from a SaaS-provider.

»Generally speaking, if you as a buyer or supplier are willing to try the VMI programme, and you are considering developing your own, I would ask: Are you willing to invest more than a VMI service provider that focuses on VMI?« asks David Hall.

EXPLORE:
How does the warehouse of the future look? Take a sneak-peak in this article.