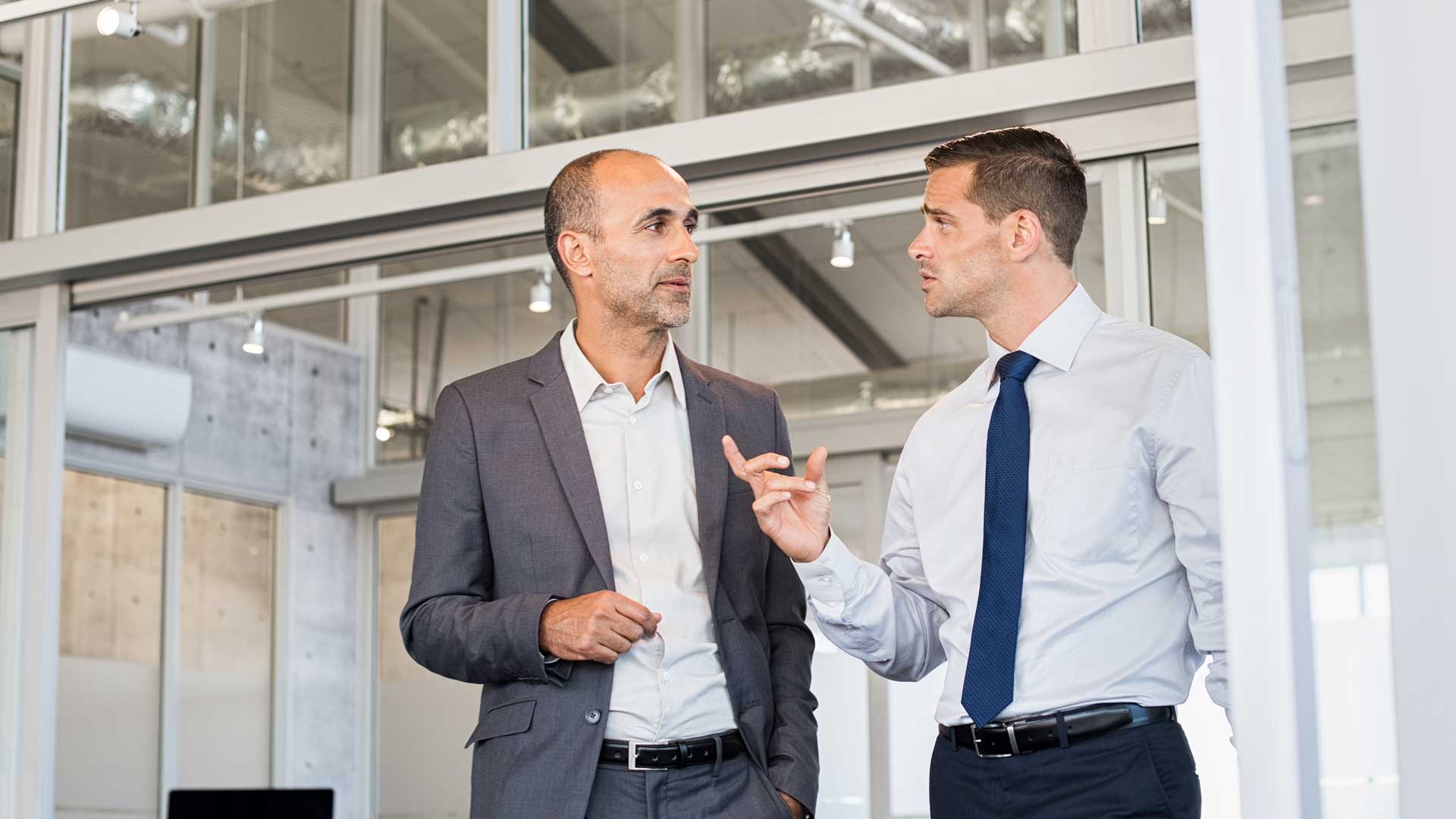 A vast network of interconnected computing devices is already changing the way we live our everyday lives. In the aviation industry, IoT, too, could be the link that connects emerging technologies and allows the digital age of aviation to truly flourish. Read along, as we explore how executives should approach the IoT challenges specific to the aviation industry.

You walk into the bathroom in the morning. A subtle, warm light turns on automatically. As you look into the mirror, it provides a real-time update of your health, instantly updating your doctor with any concerns. Meanwhile, the closet is busy analysing the weather and picking the appropriate clothes for you to wear.

What is the Internet of Things (IoT)?

The IoT is about connecting virtually everything in our world to the Internet. Think of the IoT as a giant network of interconnected “things”; that being physical objects such as smart devices, components, people, and almost anything else imaginable. The relationship in this network can be people to people, people to things, or even things to things.

IoT could be the missing link in the aviation industry

It’s an idea that’s thought to not just transform our everyday lives but also industries and businesses around the world, including the aviation industry. And it’s easy to imagine how.

By connecting emerging technologies like additive manufacturing, big data and autonomous logistics services with the cloud and smart devices, the entire supply chain, and its adaptability and flexibility, could change dramatically once IoT is rolled out in the aviation industry.

Dysfunctional parts could be detected in mid-air, sending a signal to the ground, where a repair part could be readily manufactured and brought to the repair station via an autonomous vehicle or drone.

RELATED ARTICLE:
Blockchain in the aviation industry - why it’s not just a buzzword.

Approaching IoT from a management perspective

Admittedly, the scenario above isn’t entirely realistic in the short term, but other applications of IoT in the aviation industry are. According to a study from Deloitte, 86 percent of airline leaders expect identifiable benefits of IoT within the next three years, and 37 percent have already started experimenting with IoT improvements to combat rising costs.

Investing in IoT and emerging technologies is just the beginning. The real challenge with IoT in the aviation industry is to facilitate an IoT-driven environment – something which, in order to be successful, requires profound changes to the operational and organisational business model that characterises many airlines today.

READ MORE ABOUT:
Fostering an innovative environment is key to success but how exactly does one do that? Join a team of executives as they share their experience and know-how.

»In regards to implementing IoT in aerospace, we believe there are three key challenges, the first one being safety. The Internet is a dangerous place so security, namely cybersecurity, should be a prime concern when adopting IoT. Another key challenge is safety. It’s relatively easy to implement new technology or automate workflows. However, errors in hardware and software technology may pose a safety issue. As an example, think of what can go wrong if an IoT solution makes errors in the fuel uplift calculations or fuel ordering process,« he says.

The third challenge revolves around the conservative nature of the aviation industry, a trait which poses a risk to the adoption of IoT. 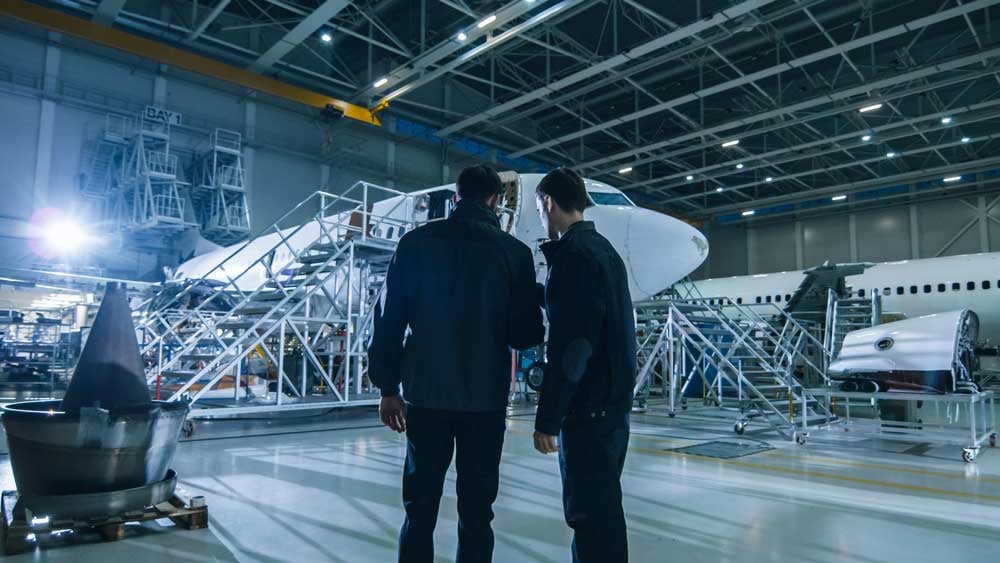 IoT initiatives should be holistic

The benefits of IoT come from a combined, or networked effect. A one-off push for IoT could actually result in less efficiency and potentially open companies up to greater risk, a report from Deloitte concludes.

»Investment in smart devices is only part of the puzzle. They must also plan carefully for the architecture that links data, decision, and action into a self-driving loop,« says the Deloitte report and continues:

»If IoT initiatives grow in isolation from one another, an airline risks ending up with what technology executive Jean-Louis Gassée called the “basket of remotes” problem – a host of “connected” devices and systems that don’t share the protocols necessary to connect to one another.«

How to get started with IoT in your aviation company

In order to avoid disjointed efforts, and instead attain an IoT network, it’s important to understand that it will be a process that evolves over time.

»When adopting IoT in the aviation industry as a whole, executives should be aware that there are no “turn-key” IoT solutions. It’s safer and more practical to implement IoT solutions gradually and over time. Take small steps and consider the future potential of each step in the process. A lot of smaller steps may be necessary to achieve the end goal, and often the organisation needs to change as well. This may even require cultural changes« he explains.

A proper IoT initiative, Deloitte holds, should take root and grow over time, through iteration and improvement.

The company recommends creating a ‘digital flight test program’ with the goal of learning and growing after each implementation, making use of what they refer as an IoT information value loop, which describes how technologies can be combined and leveraged to bring new value to organisations.

Here’s how it works:

»Now, information is a source of value. And harnessing that information can help airlines become safer, more efficient, and reduce costs, « says the Deloitte report.

LEARN MORE ABOUT:
How the industry should deal with cyber threats in an increasingly digital environment.

In order to get here, though, you’ll need organisational and management support. It may seem insurmountable to create a culture of trial and error, or experimentation in large established companies, such as those that make up the airline industry.

Deloitte, however, has broken the process down into five management steps that you can follow.

IoT is an idea that will reshape the world around us, but not every innovation will be a success at first, if ever. Going forward with IoT, Arjan de Jong agrees that companies should embrace potential failures, learn from them, and use that experience to move forward with new initiatives.

»As mentioned previously, small steps are safe and practical if you want to mitigate the risks. It’s vital that companies adopt a fail-fast mentality and realise that IoT may not always be successful. Accept that failures will occur. But whilst accepting failures, ensure that initiatives fail fast. This may be helped by incremental innovations,« he explains and adds:

MUST READ:
The biggest MRO disruptions.

Ensuring a profitable approach to IoT

Although failure seems to be a price every company must pay to achieve success, remaining critical towards IoT-solutions is important. According to Arjan de Jong, management should continuously challenge the use of IoT as well as other emerging technologies to ensure an appropriate trade-off.

»Executives should facilitate the development of IoT solutions with the required resources and knowledge, either an in-house or contracted capacity. Now, executives must also challenge the use of IoT and automation to ensure cost-effective solutions,« says Arjan de Jong. 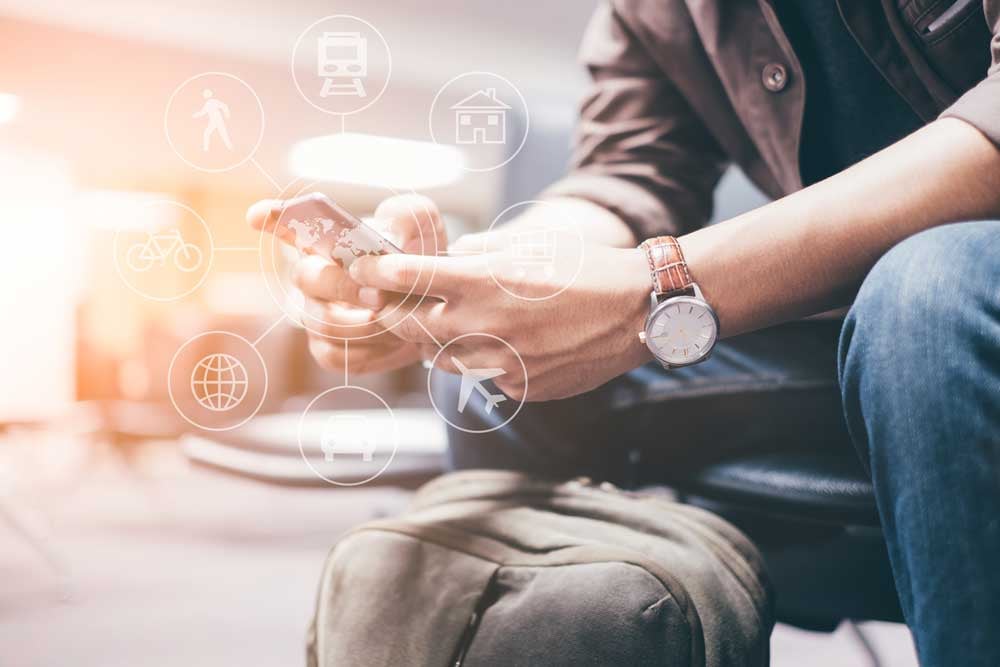 While financial risks can’t be completely eliminated, lots can be done to prevent IoT from becoming an obstacle rather than a revenue-driver.

»To make appropriate trade-offs, management should consider three things. Firstly, their corporate objectives; is the IoT strategy focussed on revenue? Ask if IoT solutions contribute to the corporate efficiency and effectiveness. Apply managerial judgement to determine if an IoT solution is cost-effective. Having said that, include knock-on effects, i.e the future potential of IoT solutions when making decisions. Be aware that IoT is just a tool(kit), not a purpose in itself,« notes Arjan de Jong.

The safest way to experiment with new technologies is, naturally, to adopt a solution that has already been somewhat tested in the market.

»Secondly, consider the maintainability of the solutions. There are a lot of IoT solutions on the market. Adopt existing standard solutions and only reinvent the wheel when necessary,« de Jong explains.

Thirdly, a company should carefully assess whether or not it has the internal capabilities to be successful with IoT. Implementing new technologies and business processes may require hiring new talent and specialists that can support the transformation.

»Corporations require sufficient experience and in-house knowledge of IoT technology and business processes to develop an IoT strategy and to make sound managerial decisions about IoT solutions. In other words, make sure the organisation can act as a smart IoT buyer and a smart IoT user,« says Arjan de Jong.

IoT in the aviation aftermarket

In the case of the aftermarket, here, IoT also holds a tremendous amount of potential. The number of e-enabled aircraft is rising radically and the new sensors embedded into aircraft equipment, parts and systems have increased distributors’ ability to collect valuable data.

Satair is one of few distributors who have already started to collect, integrate, share and analyse data across the ecosystem. This increased and shared data traffic will generate deeper insights valuable for customers and suppliers, allowing them to derive added value from digital efficiencies in the supply chain. It, too, enhances customers’ and suppliers’ ability to provide additional digital-based services.

Real-time tracking and tracing of parts around the globe, predictive maintenance, and smarter inventory planning systems, based on data analytics, will further link the material value chain with customer demand in an anticipating and predictive manner.

The future truly is now and the companies that are able to create new revenue streams using new technologies will have a head start in the race of sustainable profitable growth in the future.

READ MORE ABOUT:
How could an IoT scenario look like in the future? Join us in this article, as we explore an industry driven by IoT.