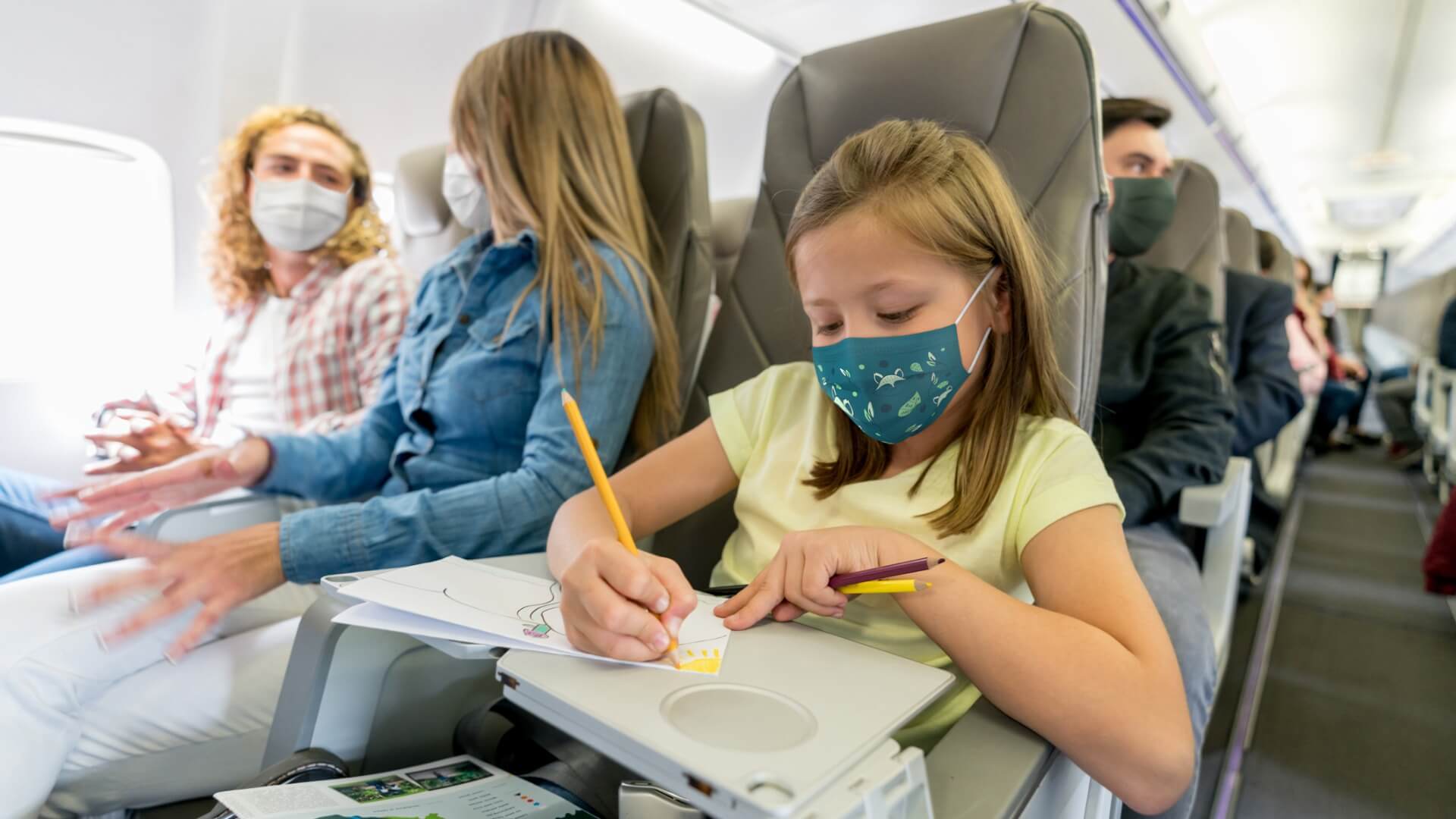 Commercial airlines and cruise ship operators know that passenger concerns about onboard safety aren’t likely to go away any time soon. Advanced air purification systems could go a long way toward bringing customers back to both industries.

COVID-19 has had an enormous impact on the airline industry. Passenger traffic has plummeted, aircraft are being retired in record numbers, airlines are burning through cash, and the road to recovery looks both long and uncertain.

But airlines are certainly not alone in this. The cruise industry has also been hit incredibly hard by the pandemic. While airlines continued to operate even during the worst months of the crisis, albeit at very scaled-back levels, the global cruise industry has essentially been shut down since March 2020. By some estimates, cruise companies lost upwards of 70 percent of their value in 2020.

Despite the significant differences in how cruise lines and airlines operate, not to mention the vastly different traveller motivations and experiences between the two forms of travel, both industries face the dual challenge of re-sparking customer demand while addressing the safety concerns of returning passengers.

With news events like the Diamond Princess outbreak still relatively fresh in travellers’ minds, the cruise lines are well aware that addressing safety concerns will be key in winning back passengers when cruises return in 2021. As such, the industry has announced a number of safety measures designed to ease travellers’ minds, from rapid testing to wearable technology that limits physical contact. Could some of the cruise industry’s COVID strategies also work on passenger airlines?

RELATED ARTICLE: What are the current, biggest travel concerns for passengers?

Even though the industry is still at a standstill, and attempts to get back on the water haven’t worked out as planned, major cruise operators are already working on ways to get back on the seas and to convince passengers that it’s safe to come onboard. A good example of this is the recent announcement from Norwegian Cruise Line Holdings Ltd that it is installing cutting-edge COVID disinfection systems on all of its 28 ships.

In a process known as bi-polar ionisation, the air filtration method releases ions through the ships’ HVAC system to continuously disinfect the air and surfaces. Bi-polar ionisation purifies the air throughout the entire space of the cruise ships, rather than relying on contaminants like SARS-CoV-2, the virus that causes COVID-19, to pass through a stationary air handler unit. Using this proactive approach, the released ions bond with viruses and then break down their cellular structure. It’s a natural solution that does not require any chemicals or create any by-products.

Most importantly, preliminary tests show that the ionisation approach is incredibly effective. In the case of the Norwegian system, tests found that the presence of the coronavirus was reduced by 99.92 percent within 30 minutes. It’s similarly effective against other viruses, bacteria and spores.

The bi-polar ionisation technology that Norwegian will introduce to its fleet is currently being used in more than 7,500 different locations. In addition to cruise ships, it’s providing cleaner air in commercial buildings, schools, sports facilities, casinos and airports.

It goes without saying that the cruise ship environment differs greatly from the in-cabin environment on aircraft, so perhaps it’s not surprising that Norwegian's solution isn’t currently being used by airlines. But there are in-cabin environment ionisation systems available for the airline industry that are similar and just as effective. The needlepoint bi-polar ionisation technology (NPBI™) developed by the American company Aviation Clean Air (ACA) is one such example. ACA uses cold plasma ionisation purification technology to neutralise contaminants before they reach aircrafts’ High-efficiency Particulate Air (HEPA) filtration systems. This groundbreaking technology uses the natural power of ions, which are essentially molecular balance keepers, to neutralise airborne and surface pathogens. The negative and positive ions are released into the cabin air supply, where they attach themselves to viruses, spores and bacteria and then divide the hydrogen bond on the cell surface, stopping pathogens from replicating. The inert pathogens are then captured by the aircraft’s HEPA filtration system and removed from the air.

RELATED ARTICLE: Could ionisation be the cabin environment mitigation we're looking for?

In addition to neutralising the virus in the air, it also stops the surface spread of viruses. Independent lab tests have found that ACA’s NPBI™ technology can inactivate 99.4% of COVID-19 viral particles on a stagnant surface within thirty minutes. When this is combined with a HEPA filtration system that removes 99.97% of airborne particulates measuring 0.3 microns, ionisation purification technology could very well be the cabin environment mitigation solution the aviation industry has been looking for. 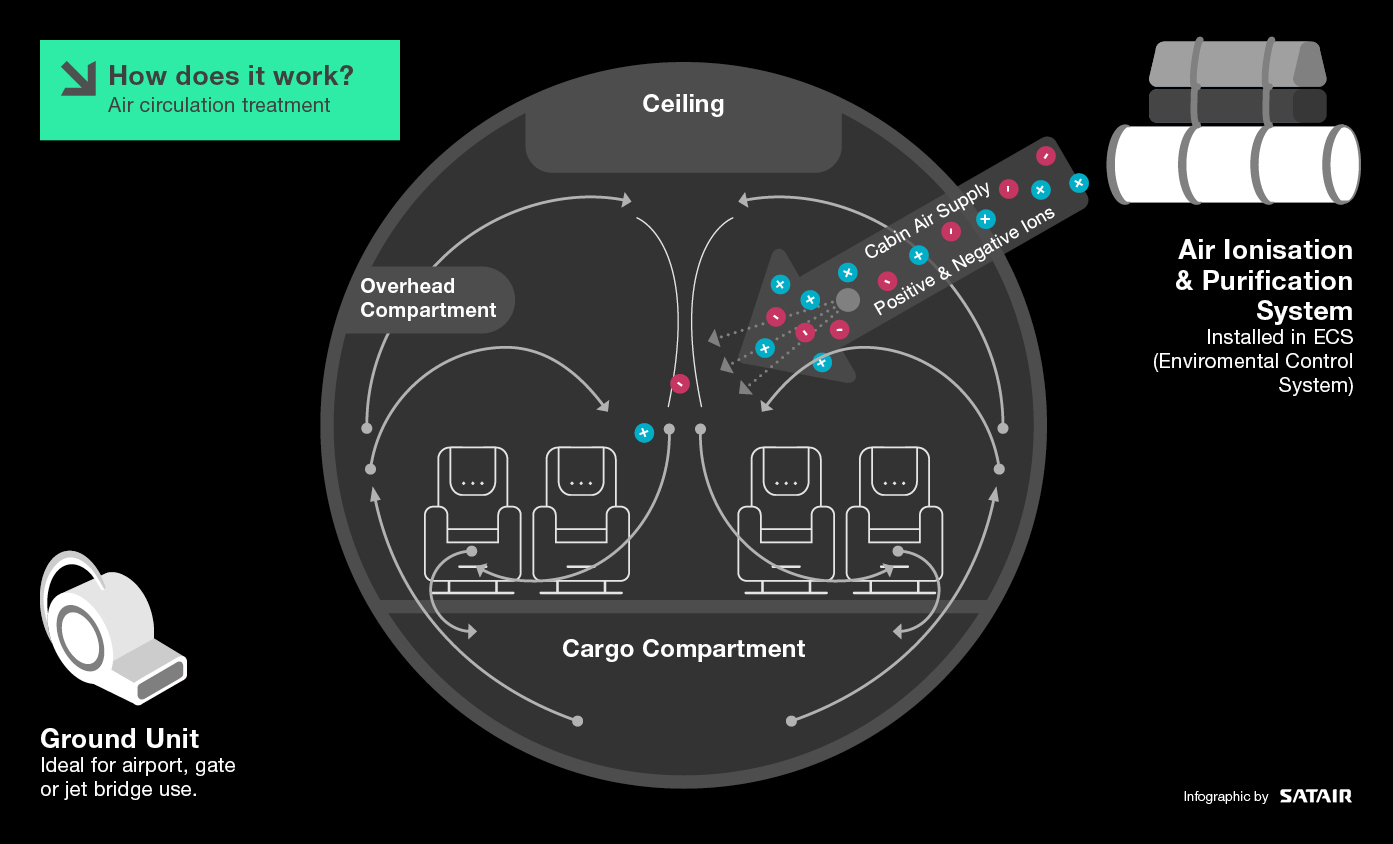 Whether embarking on a cruise ship or boarding a plane, passengers for the foreseeable future are going to be acutely aware of the fact that they’re entering constrained spaces with hundreds of others. It's now up to the travel providers to implement effective solutions that reduce risks, increase safety and set minds at ease.

By taking the proactive step of installing bi-polar ionisation filtration systems, both cruise operators and airlines will be signalling to passengers that their concerns about the spread of COVID-19 are being taken seriously, while also positioning themselves ahead of the competition for the eventual large-scale return to the seas and skies.